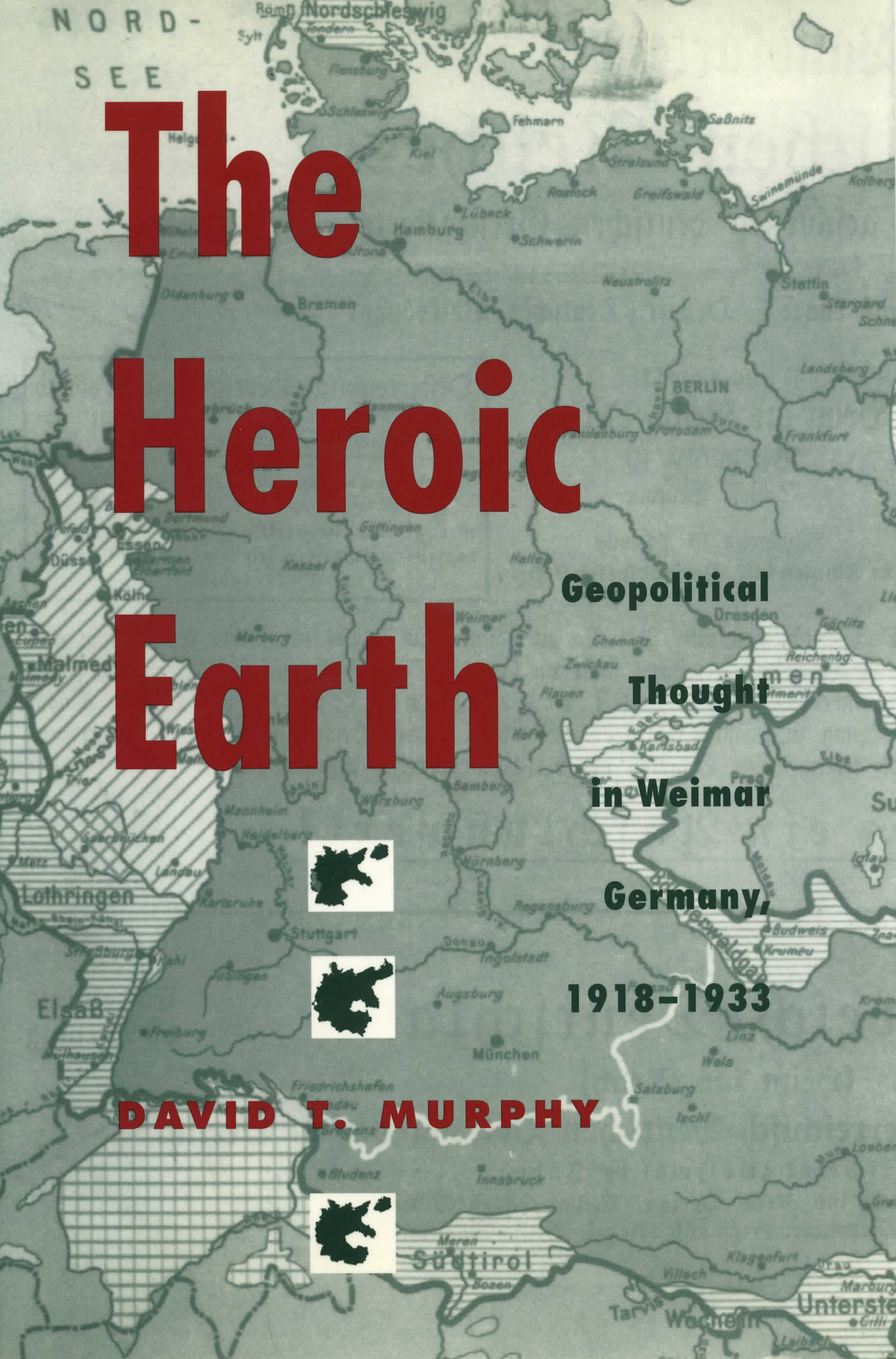 In The Heroic Earth, David T. Murphy argues that geopolitical ideas were most dynamic and significant in Germany not during the Nazi era (1933-45) but in the democratic culture of the Weimar republic (1919-33). By helping to condition the German population to geopolitical ideas, which emphasized revision of the Versailles settlement and enlarging Germany’s living space, geopolitics helped contribute to Nazi imperialism. From the defeat of Germany in 1918 until the rise of National Socialism i9n 1933, theories of geographical determinism enjoyed a broad currency in many fields of German public life. The ancient notion that environmental factors—climate, topography, resource distribution—shape society in significant ways was now applied in a radically determinist fashion to help Germans understand why they had lost the war and what they had to do to regain their place among the Great Powers. Under the rubric of Geopolitik, politicians, teachers, writers and others argued that they key to Germany’s past, and the hope for its future, lay in understanding geography’s determining impact upon races, cultures, states, and warfare. Theories of geographical determinism shaped German thinking about politics, race, science, education, aesthetics, and many other subjects on the eve of the Nazi era. Challenging traditional historiography, Murphy argues that geopolitics faded in importance after Adolf Hitler came to power.