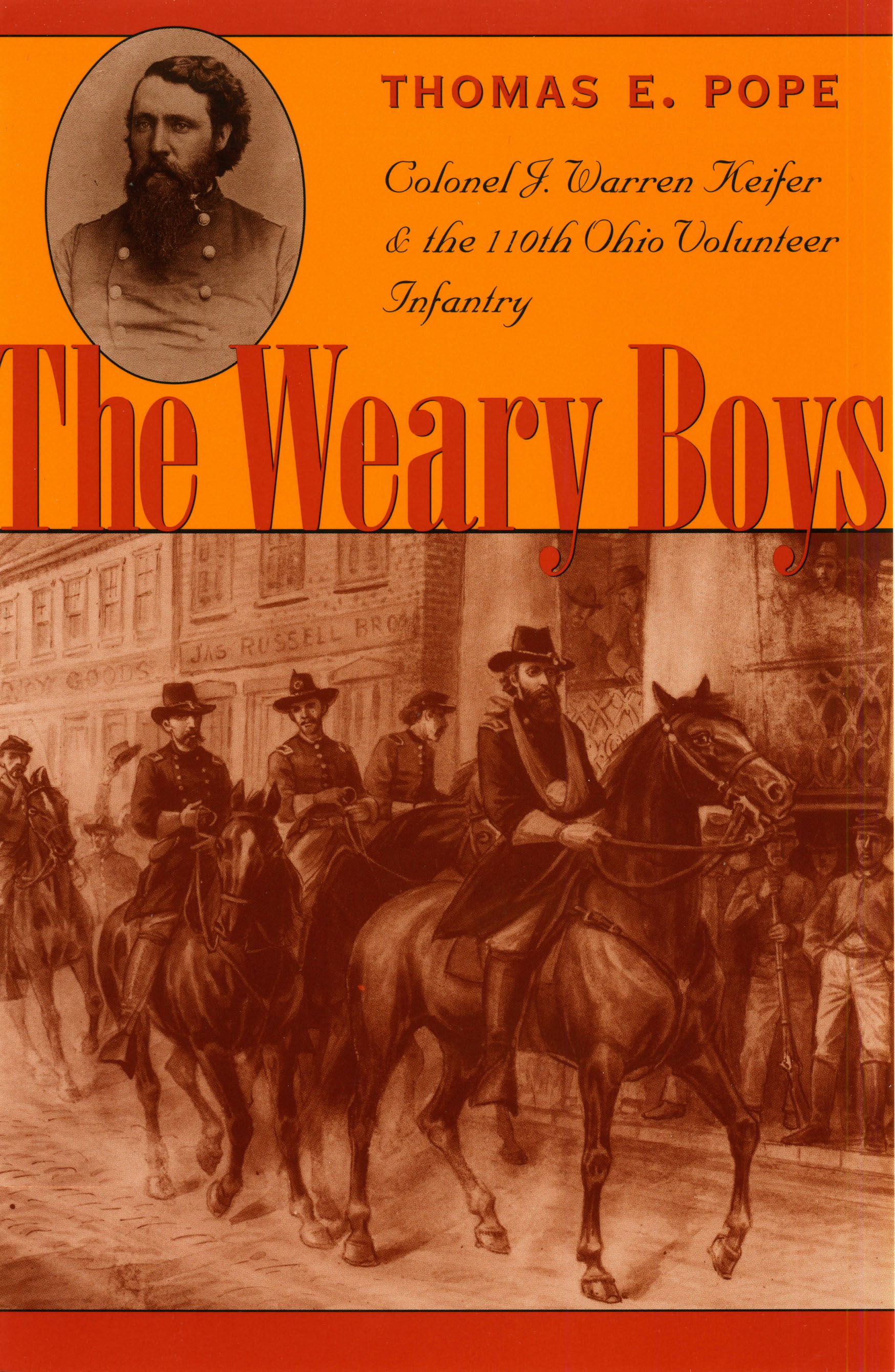 “Milroy's Weary Boys” was the derisive nickname Maj. Gen. Winfield Scott Hancock gave to the survivors of the 110th Ohio Volunteer Infantry after the Second Battle of Winchester. Major General Robert Milroy's division was consolidated and assigned to the Army of the Potomac, and members of the 110th Ohio Volunteer Infantry were not universally accepted. Many veterans of the Eastern Theater shunned them, and historians have perpetuated this epithet, not recognizing the contributions of the 110th.

In The Weary Boys, Pope refutes this undeserved derision. Under the command of Colonel J. Warren Keifer, a veteran of the Civil War's Western Theater, the 110th proved their worth many times over.

Only fifteen of the 175 volunteer regiments from Ohio that served in the Union Army suffered the loss of more than one hundred men. The 110th was on of these regiments.