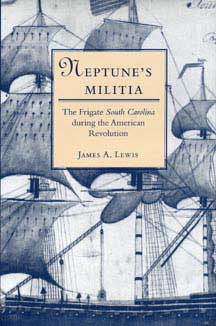 The Frigate South Carolina During the American Revolution

The virtues of the citizen-soldier are prominent in the history of the American Revolution, but less attention has been given to the citizen-sailor. However, there were state navies during the war, the seaward equivalent of the state militias, and the state of South Carolina put to sea the most important of these.

Under the leadership of Commodore Alexander Gillon the South Carolina navy secured the services of the largest warship under any American’s command, the frigate South Carolina. Built in Holland and designed to combine speed with firepower, this frigate’s most notable achievement was the capture of the British Bahamas in 1782 in the only American military maneuver to seize and hold foreign territory outside the borders of the Thirteen Colonies. With success, however, came controversy. At the end of the war, the South Carolina was chased to the ground by three British warships and captured. The state of South Carolina struggled for seventy years to honor the financial obligations incurred in operating the frigate.

James A. Lewis teaches in the history department at Western Carolina University. His other publications included Guide to Cherokee Documents in Foreign Archives and The Final Campaign of the American Revolution: Rise and Fall of the Spanish Bahamas.