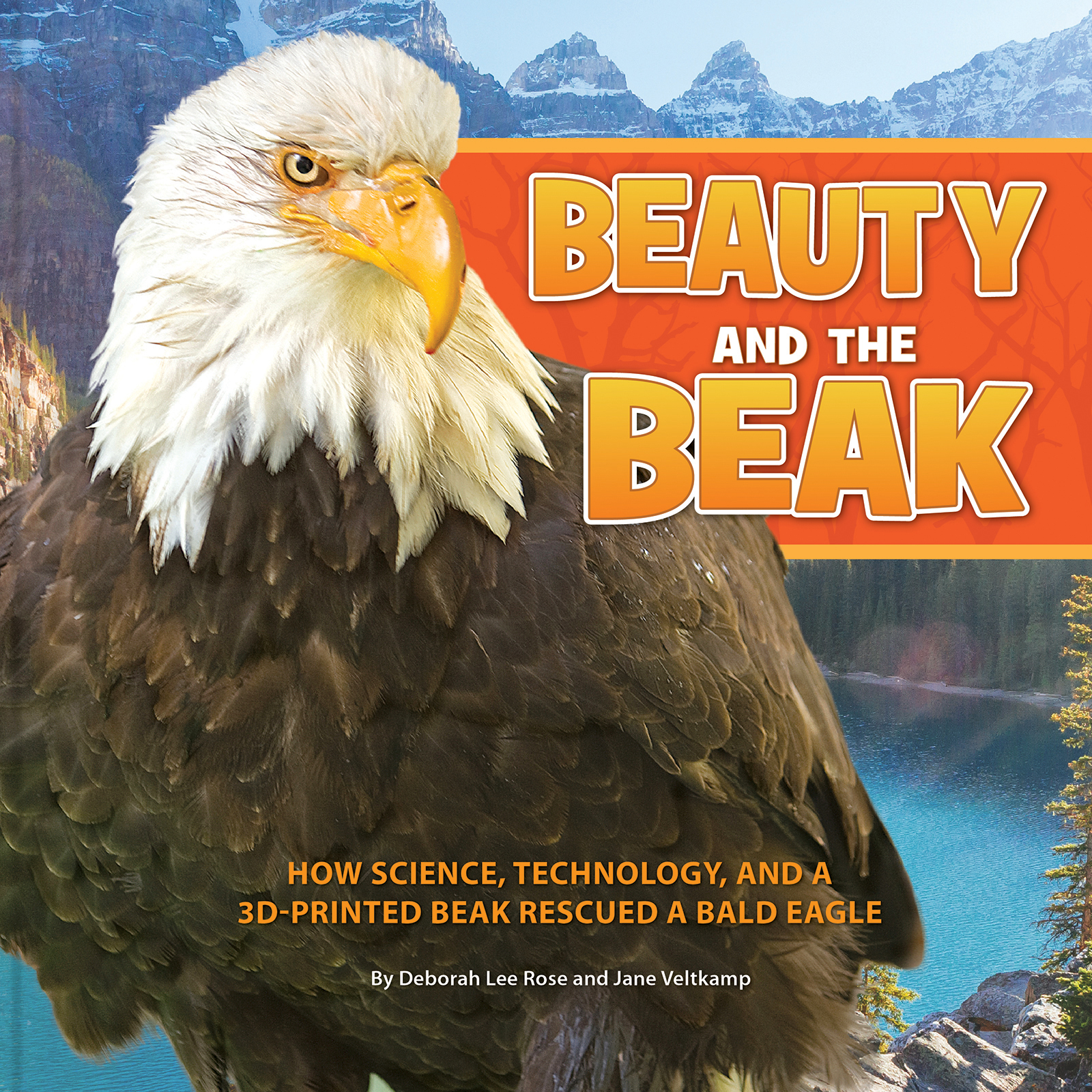 "Three words. 3D. Printed beak. Oh come on, you aren't impressed? Well, check out the back matter on this book and you will be. It's insane!" —School Library Journal

Deborah Lee Rose is an internationally published, award-winning author of many beloved children’s books. Her newest book Beauty and the Beak: The Inspiring Story of a Bald Eagle and Her 3D-Printed Prosthetic Beak is a CALIFORNIA READS recommended title of the California Teachers Association. Jimmy the Joey: The True Story of an Amazing Koala Rescue is a Reading is Fundamental/Macy’s Multicultural Collection title and Notable Social Studies Trade Book for Students K-12. Into the A, B, Sea was named to the NY Times 100 Books to Read and Share. Deborah helped create and directed communications for the ALA/AASL award-winning, national STEM education website Howtosmile.org, and helped created STEM activity apps for Lawrence Hall of Science, which have been downloaded more than one million times. She also served as Director of Communications for Lindsay Wildlife Experience, which includes the first wildlife rehabilitation hospital established in the U.S. Deborah lives in Silver Spring, Maryland, and speaks at book events, conferences, schools and libraries across the country. Visit her website at deborahleerose.com.