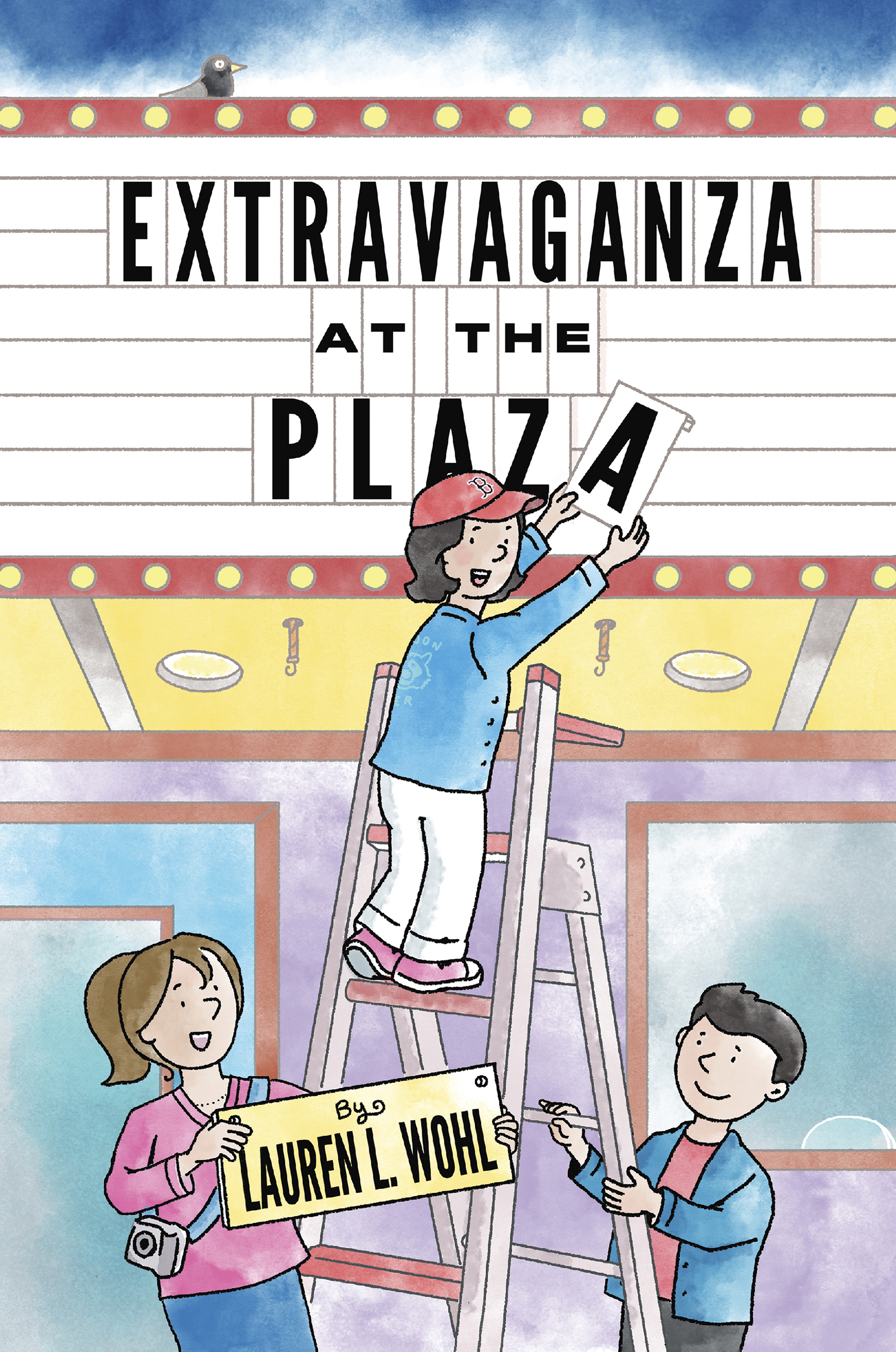 Extravaganza at the Plaza

“It isn’t fair that our town doesn’t have its own theater,” eight-year-old Hannah complains.

A lot of thinking, planning, dreaming, and list-making later, and Hannah—along with the kids of Raccoon River—are up to their ears in a brand new project: saving the town’s old abandoned Plaza Theater. But first, they have to get a look inside. It’s spooky—spider webs and creaky floors, and one slowly-swaying stage curtain. Can the Plaza be saved?

Although the kids may not be able to fix plumbing or install new lights, sew curtains or patch holes in the roof, they can raise money. In a boastful moment, Hannah pledges that they will raise $2,500.00—the price tag for some special equipment they want to donate.

But now with only three weeks to go before opening night, it looks like they are not going to reach their goal. Unless they get big help from unexpected places.

Lauren L. Wohl tells a story of determination and hard work, cooperation and more than little bit of luck where the kids of a small town make a real difference in their community, the first sequel to Blueberry Bonanza in the Raccoon River Kids Adventures series. Mark Tuchman illustrates the action with characterful drawings that enrich the tale.

Lauren L. Wohl has had a long career in children’s book publishing. She has a degree in Library Science and has been an elementary school librarian. She served as Director of James Patterson’s ReadKiddoRead program, taught writing at the college level, and now consults with several publishers and literary agencies. Stories she’s been reading in newspapers and seeing on television news programs about children stepping up to make kind, generous, and important contributions to their communities inspired her chapter books about the Raccoon River Kids: Blueberry Bonanza and now Extravaganza at the Plaza. She is also the author of a picture book, A Teeny Tiny Halloween, illustrated by Henry Cole. A native New Yorker, Lauren enjoys life in her new hometowns of Lenox, Massachusetts and Miami Beach, Florida.

Mark Tuchman, a native New Yorker, is the long-time creative director for a venerable publication known for its reviews of children’s books. Earlier in his career, he created cartoon illustrations that appeared in national magazines and big city newspapers. Mark is raising three awesome children with his wife Michelle, and splits his time between Brooklyn and Facebook.