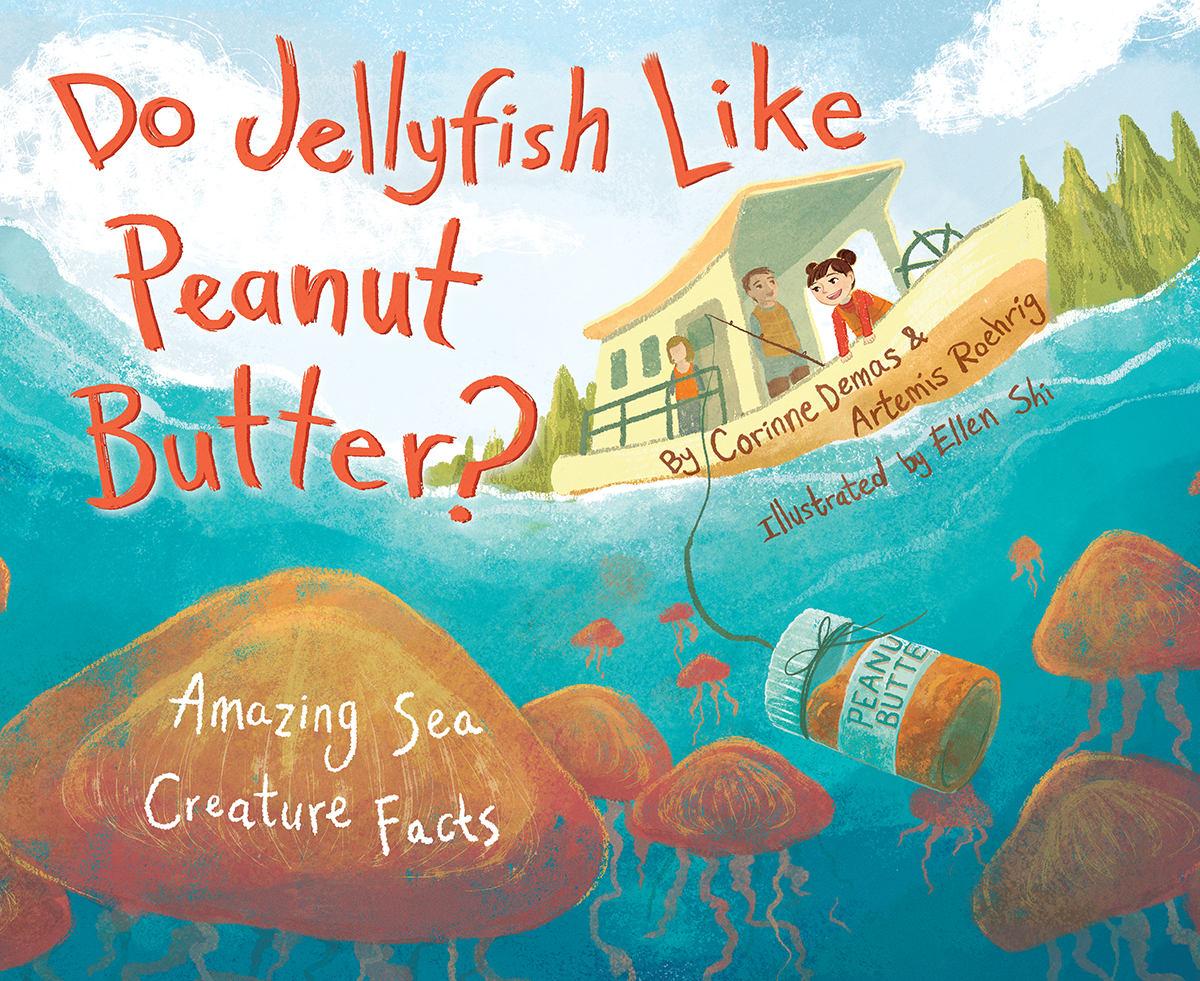 Do starfish sign autographs? Do seahorses wear saddles? Do lampreys get plugged in? Get silly with sea creatures in Do Jellyfish Like Peanut Butter?, the underwater follow-up to the award-winning insect book, Do Doodlebugs Doodle? This laugh-out-loud look at marine life will have kids eager to learn more about what lies beneath the ocean waves!

Corinne Demas is the award-winning author of thirty-four books for kids and for adults, including the picture books The Disappearing Island, Saying Goodbye to Lulu, The Littlest Matryoshka, Always in Trouble, and the YA novel Returning to Shore. She is a professor emerita at Mount Holyoke College and lives part of the year on Cape Cod, a great place for spotting many amazing sea creatures. Visit her website: www.corinnedemas.com Twitter: @corinnedemas

Artemis Roehrig received her master’s degree in Organismic and Evolutionary Biology from the University of Massachusetts. Her interest in sea creatures was sparked while working at the Wellfleet Bay Wildlife Sanctuary. She loves spending time at the ocean looking for sea creatures with her children. Visit her website: www.artemisroehrig.com Twitter: @artemisroehrig

Do Jellyfish Like Peanut Butter? Amazing Sea Creature Facts is the fifth collaboration for this mother-daughter team. They are co-authors of the first two books in this series: Does a Fiddler Crab Fiddle?, illustrated by John Sandford and Do Doodlebugs Doodle? Amazing Insect Facts, illustrated by Ellen Shi, as well as Are Pirates Polite?, illustrated by David Catrow, and The Grumpy Pirate, illustrated by Ashlyn Anstee.

Ellen Shi was raised in the suburbs of New Jersey. From a young age, she was often found with her nose in-between the pages of a book and spent many weekends at the library. A graduate of the Rhode Island School of Design, majoring in illustration, Ellen loves color, simple shapes, and texture. She is also an avid fan of nature, film, and books. Ellen is also the illustrator of the Little Frog and the Four Seasons series for Persnickety Press. Her website is: www.ellenshi.com