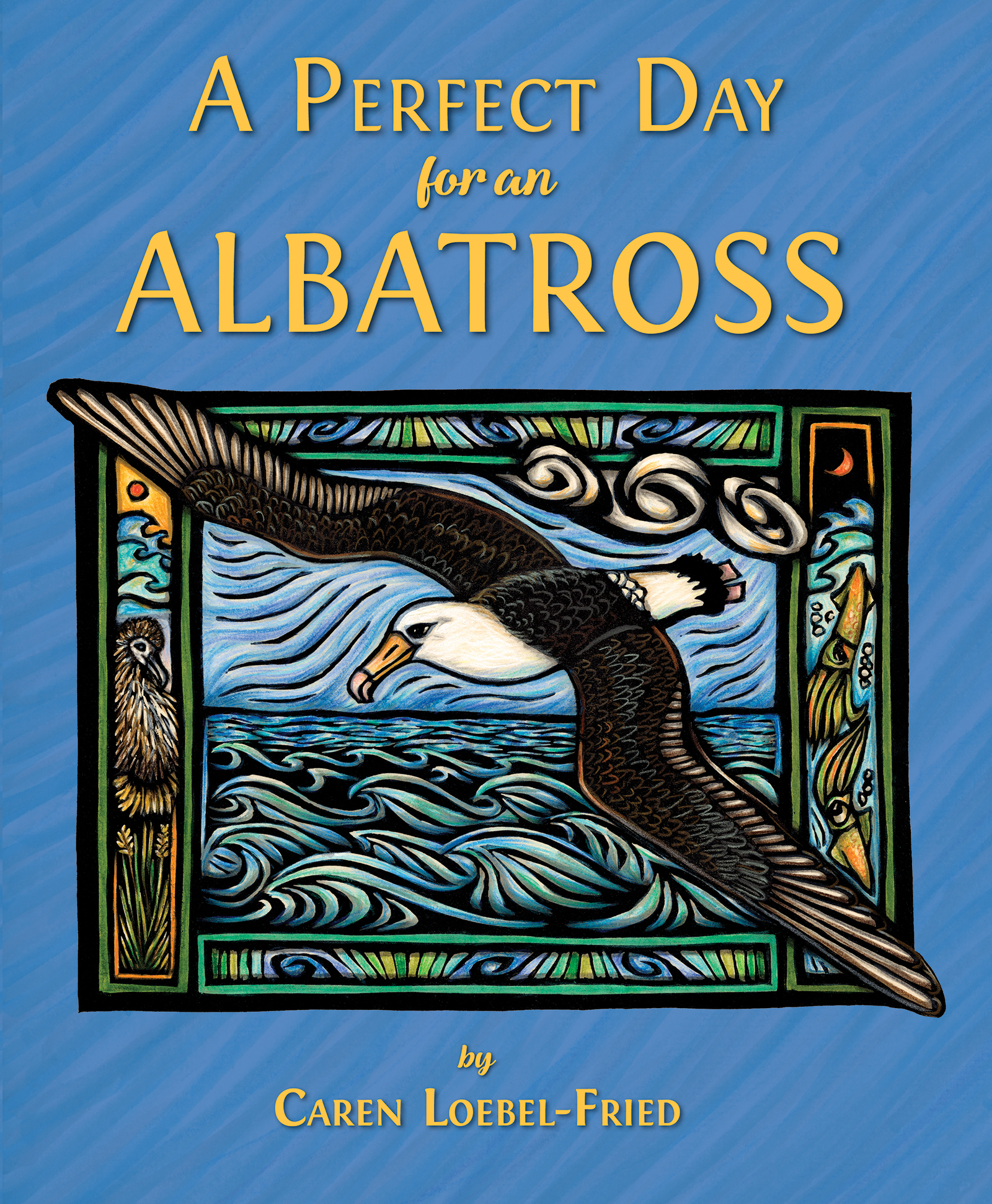 From award-winning author and artist, Caren Loebel-Fried, comes this vibrantly-illustrated, action-packed introduction to a magnificent seabird, the Laysan Albatross. A Perfect Day for an Albatross sweeps you into an albatross’s world of wind, rolling seas, boisterous dancing, and their intense commitment to one another and their nestlings.