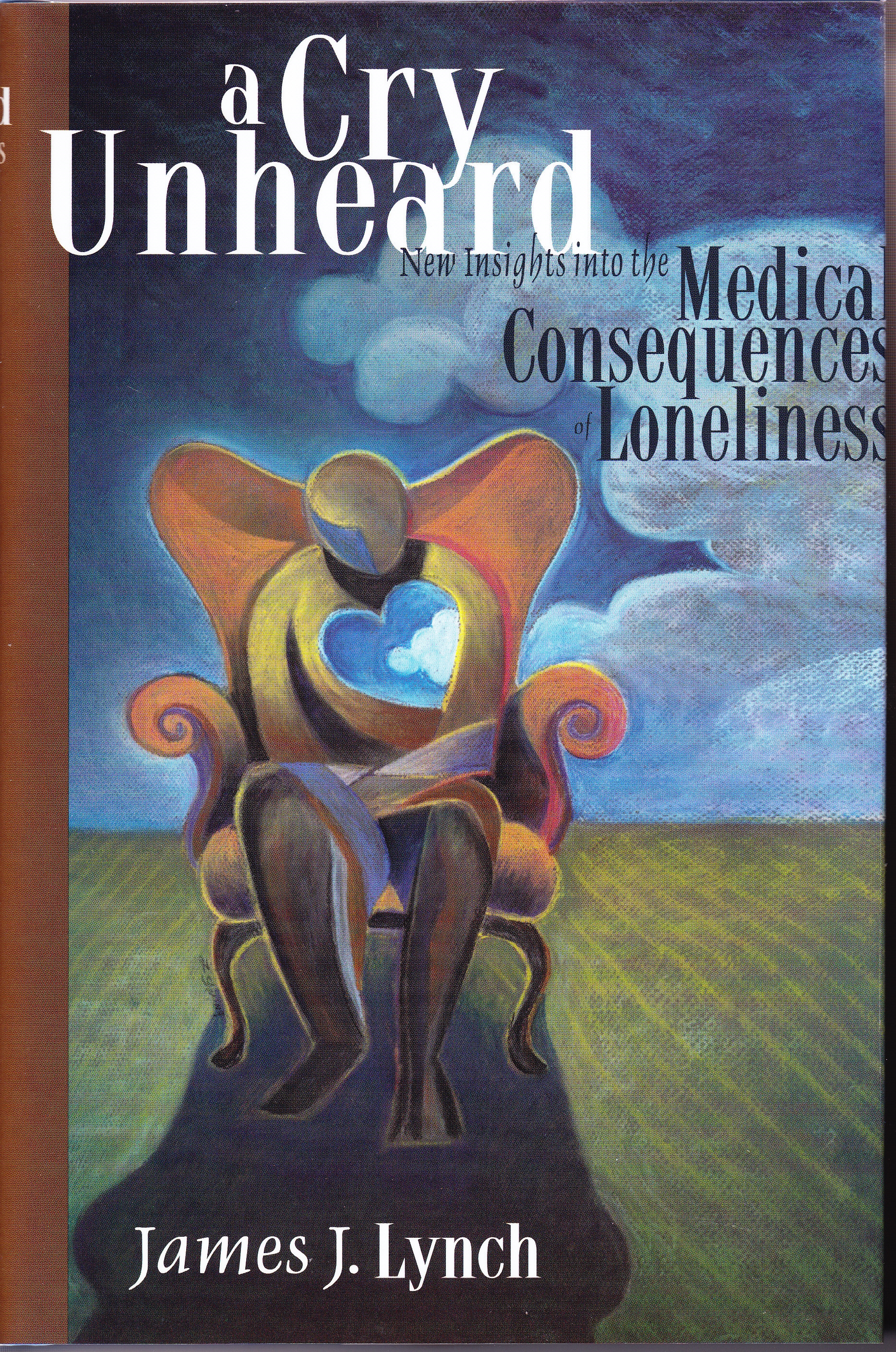 New Insights into the Medical Consequences of Loneliness

"It is one of the most perplexing paradoxes of modern life. As technology dramatically expands our ways of communicating, loneliness has become one of the leading causes of premature death in all technologically advanced nations.The medical toll is made heavier by powerful social forces—school failure, family and communal disintegration, divorce, the loss of loved ones. And while loneliness, the lack of human companionship, the absence of face-to-face dialogue, and the ""disembodiment"" of human dialogue have all been linked to virtually every major disease—from cancer to Alzheimer’s disease, from tuberculosis to mental illness—the link is particularly marked in the case of heart disease, the nation’s leading killer. Every year, millions die prematurely, lonely and brokenhearted, no longer able to communicate with their fellow human being.Drawing on a lifetime of his own medical research, Dr. James Lynch provides in A Cry Unheard a groundbreaking sequel to his best-selling The Broken Heart. In our modern-day world, writes Lynch, telephones talk, and radios talk, and computers talk, and televisions talk, yet ""no-body"" is there. Human speech, he asserts, has literally disappeared from its own biological home—the human heart. He outlines and explains recent medical and scientific discoveries about school failure, divorce, and living alone, and goes on to demonstrate how childhood experiences with ""toxic talk""—adults' use of language to hurt, control, and manipulate rather than to reach out and listen—contribute to an unbearable type of loneliness that, in the end, breaks our hearts ten to forty years later.Hailed by many of our Nation’s leading medical experts as a pioneer and visionary, as well as THE expert in ""affairs of the heart,"" Dr. Lynch predicts that ""communicative disease will be as major a health threat as communicable disease"" in the new millenium. His path-breaking research—from showing how greatly human touch affects the hearts of patients in intensive care units (as well as the hearts of animals in laboratory settings), to his discovery that during even the most ordinary conversations, blood pressure can rise far more than it does during maximal physical exercise—are but a few pieces of the fascinating health mosaic he assembles in this seminal work.With that rare combination of poet and scientist, he describes in moving terms the ""vascular see-saw of all human dialogue."" Blood pressure rises when we speak to others, yet falls below baseline levels whenever we listen to others, relate to companion animals, or attend to the rest of the natural world. No wonder Lynch admonishes us that ""exercises to improve communicative health"" must be undertaken with the same seriousness and commitment as ""exercises on treadmills to improve physical health.""Echoing time-honored Biblical truths and wisdom, he seeds this landmark book with two ominous observations: that loneliness is a lethal human poison, and that failure to act as our ""brother’s keepers"" forces us into communicative exile and premature death. Ultimately, though, he concludes with optimism. Heartfelt dialogue, writes Lynch, can be, and indeed must be, the true elixir of modern life."