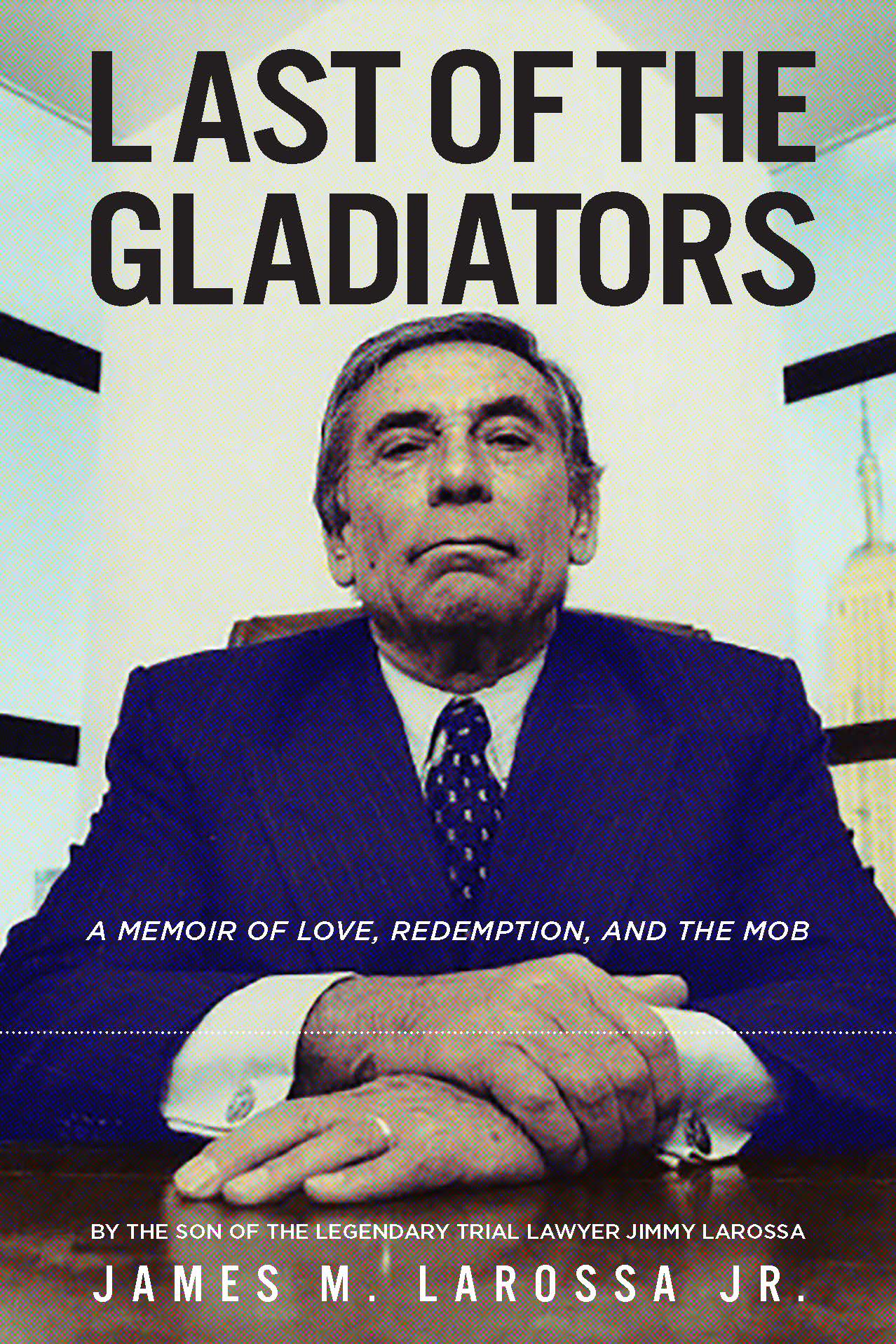 Last of the Gladiators

A Memoir of Love, Redemption, and the Mob by the Son of the Legendary Trial Lawyer Jimmy LaRossa

From the 1960s until the turn of the 21st century, New York City was the world's epicenter of organized and white-collar crime. During those four decades, the most feared Mafia chiefs, assassins, defrocked stockbrokers, Orthodox Jewish money-launderers, and Arab bankers sought the counsel of one man: my father, Jimmy La Rossa, a Kennedy-era prosecutor who became the defense lawyer of first resort in the big, important, highly publicized cases for four full action-packed decades.

On January 30, 2009, I snuck my famous and mortally ill father from New York Presbyterian Hospital to a waiting Medevac jet, where we flew in secret to a place few people would look for two die-hard New Yorkers: a town in Southern California aptly named Manhattan Beach. During our five years in exile, we, “the La Rossa boys” as we came to be known, made our mark as a most irreverent and unrivaled father/son duo. While I cooked him his favorite Italian dishes and kept him alive using the most up-to-date equipment and drugs, he recounted his legendary courtroom exploits.

Not only is True North a memoir about some of the seminal legal events of a generation, but it's also a love story between a father and son—a theme not often seen in American arts and letters. Not until I wrote that story, though, did I realize that I had not saved my father. He, in fact, saved me. I became a better man and father thanks to him—a more joyous, grateful, and grounded soul.

Jimmy was, and always will be, my “true north.”

James M. La Rossa Jr. was born in Brooklyn, NY, and raised in Manhattan and Connecticut. He is a publisher, journalist, and third-generation New Yorker.

La Rossa spent four years in the writing department at Sarah Lawrence College. In 1984, he left Fordham Law School to become a book reviewer for The International Courier in Rome, Italy. La Rossa has almost 1,000 published bylines to his name, in a wide range of subjects, spanning literature, medicine, and business.

Upon his return to New York City, he wrote for Fairchild and ABC/Cap Cities, before founding MedWorks Media Inc., one of the largest publishers in psychiatry, drug development, and mental fitness. In 2006, he relocated permanently to Southern California. His dying father—the infamous trial lawyer and political insider, Jimmy La Rossa—joined him in Manhattan Beach, California, on January 30, 2010.

In the last five years of his life, the legendary attorney revealed to his eldest son and confidant the most closely-held secrets to more than a generation of New York City’s organized and white-color crimes.

La Rossa continues to live within a mile of the house where he lived with his father. He resides with his fiancée, Sonya. Their four children—Sofia, Gianni, Max and Juliana—are frequent visitors.

A large photo of their fearless father and grandfather hangs high on a prominent kitchen wall.