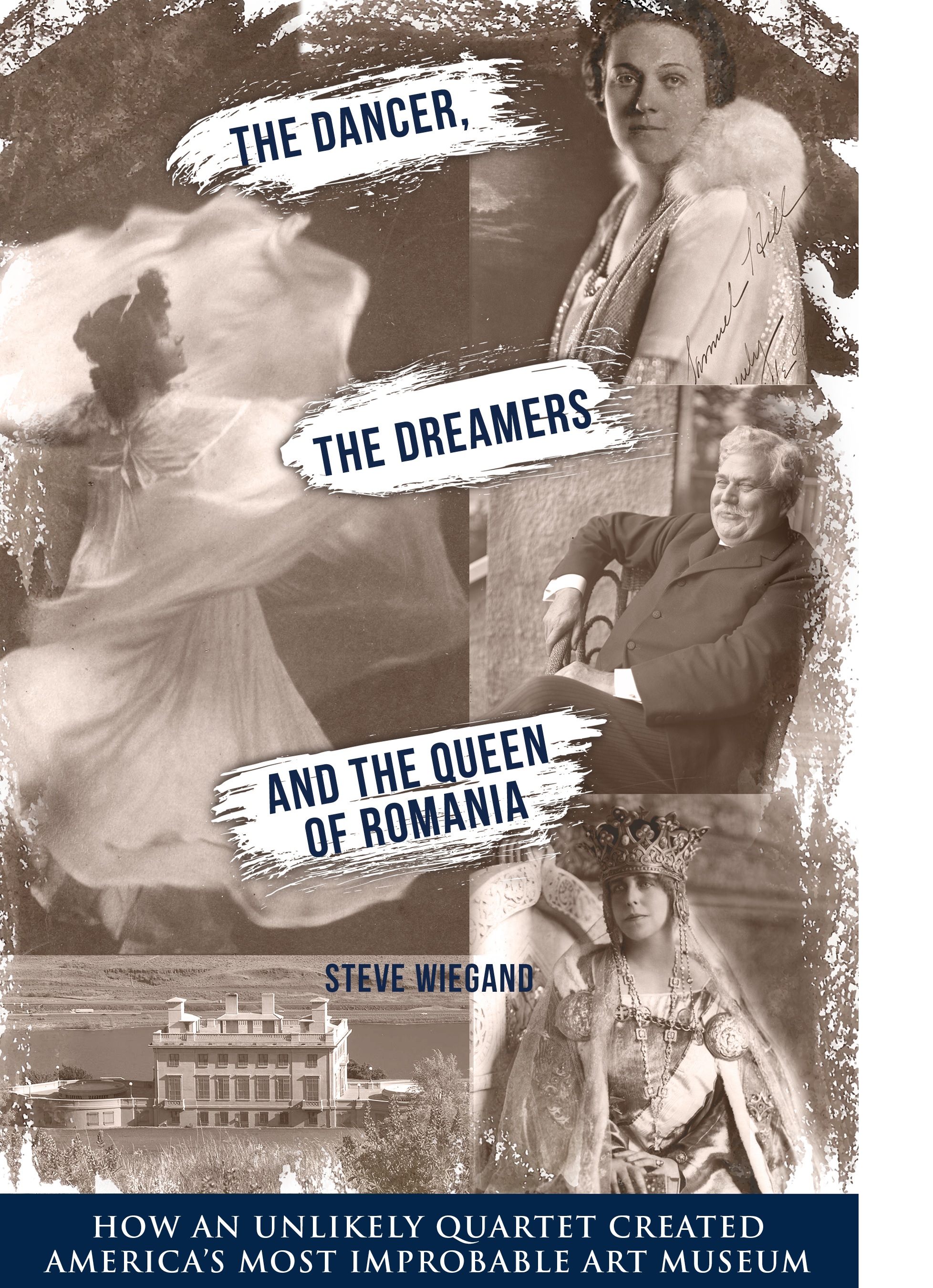 Dancer, the Dreamers, and the Queen of Romania

How an Unlikely Quartet Created America's Most Improbable Art Museum

The Maryhill Museum of Art is located on 5,300 acres in the Columbia River Gorge. Miles from any sizeable town and surrounded by the gorge's spectacular scenery, Maryhill is an internationally recognized -- and undeniably eclectic -- repository of art that ranges from one of the nation's best Rodin collections to one of the world's largest assemblage of chess sets. It is, as The New York Times once described it, "oddly fitting -- it brought the better works of man near one of the better works of nature."

And it is the story of those who followed them. These people nurtured and grew Maryhill from a fascinating oddity that Time magazine once called "a top hat in the jungle" to one of the relatively few U.S. museums accredited in every category by the American Alliance of Museums.

This is a book that will appeal to readers who like both biography and history, and will have particular appeal, but by no means be limited to, Western U.S. and Pacific Northwest audiences. It is "side-street" history in the tradition of Boys in the Boat, Unbroken, or Dead Wake. It will appeal to art lovers. It will also appeal to everyone who has visited or just passed by an inviting-but-oddly-located museum and wondered how it got there and who keeps it going.

This heretofore untold and remarkable story is narrated by a master wordsmith and historian. Steve Wiegand is the author or co-author of numerous books, including U.S. History for Dummies (Wiley), the 4th edition of which will be out in March 2019; Lessons from the Great Depression for Dummies (Wiley, 2009); The Mental Floss History of the World (Collins, 2008) and Papers of Permanence: The First 150 Years of the McClatchy Company (McClatchy, 2007).

Wiegand spent 35 years as a newspaper reporter and columnist for the San Diego Union-Tribune, San Francisco Chronicle, and Sacramento Bee, and has published in numerous magazines and periodicals.

Steve Wiegand is an award-winning journalist and history writer. His 35-year journalism career was spent at the San Diego Evening Tribune, where he was chief political writer; San Francisco Chronicle, where he was state capitol bureau chief; and Sacramento Bee, where he was a special projects writer and politics columnist.

Wiegand is the author, co-author, or contributing author of eight books, including U.S. History for Dummies, which is currently in its fourth edition and has been published in both Chinese and German; the Mental Floss History of the World; Papers of Permanence; Lessons from the Great Depression for Dummies; and The American Revolution for Dummies.

He is a graduate of Santa Clara University, with a bachelor’s degree in American history and literature, and has a master’s degree in mass communications from San Jose State University.

He lives in Arizona.