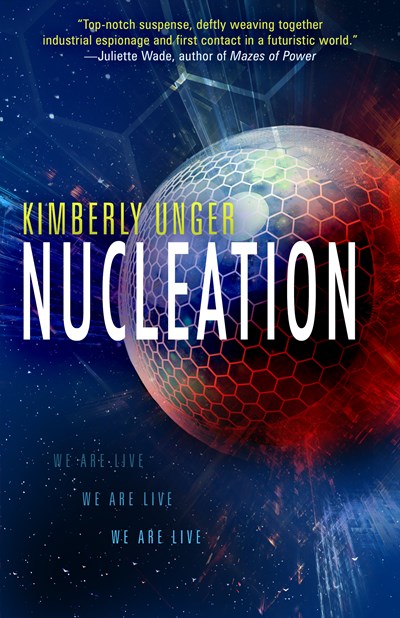 In this riveting debut science-fiction technothriller, a top-notch VR pilot encounters a disaster during the highest profile space-faring project of her career. Now she must unearth a critical truth: was her discovery due to a betrayal, a business rival, or a threat to humanity itself?

Helen Vectorvich just botched first contact. And she did it in both virtual reality and outer space.

Only the most elite Far Reaches deep-space pilots get to run waldos: robots controlled from thousands of lightyears away via neural integration and quantum entanglement. Helen and her navigator were heading the construction of a wormhole gate that would connect Earth to the stars . . . until a routine system check turned deadly.

As nasty rumors swarm around her, and overeager junior pilots jockey to take her place, Helen makes a startling discovery: microscopic alien life is devouring their corporate equipment. Is the Scale just mindless, extra-terrestrial bacteria? Or is it working—and killing—with a purpose?

While Helen struggles to get back into the pilot’s chair, and to communicate with the Scale, someone—or something—is trying to sabotage the Far Reaches project once and for all. They’ll have to get through Helen first.

Kimberly Unger made her first videogame back when the 80-column card was the new hot thing, and followed that up with degrees in English/Writing from UC Davis and Illustration from the Art Center College of Design. Nowadays she produces virtual reality narrative-games, lectures on the intersection of art and code for UCSC’s master’s program, and writes science fiction about how all these app-driven superpowers are going to change the human race.

Unger lives in the San Francisco Bay Area, where she works in the future of VR on the Oculus platform.