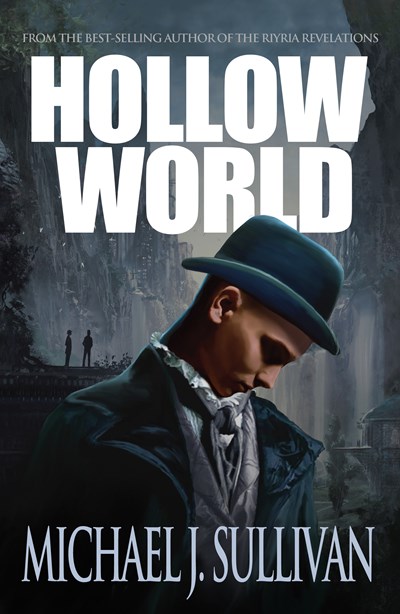 Ellis Rogers is a seemingly ordinary man who is about to embark on an extraordinary journey. All his life he has played it safe and done the right thing. But when he is faced with a terminal illness, Ellis is willing to take an insane gamble. He's secretly built a time machine in his garage, and if it works, he’ll face a utopian world that challenges his understanding of what it means to be human, what it takes to love, and what the cost of paradise really might be.

Ellis could find more than a cure for his disease; he might find what everyone has been searching for since time has begun ? but only if he can survive the Hollow World.

Michael J. Sullivan is the bestselling author of the Riyria Revelations series. Sullivan has been successful through all three major publishing models: small press, self-publishing, and Big Six (Orbit); as of 2010, he has sold over 250,000 copies in e-book and print formats. His novels have been selected for over sixty best of the year lists including lists by Library Journal, Barnes & Noble, and Audible.com. Sullivan's work has been translated into more than a dozen languages, including French, Spanish, Russian, and German.