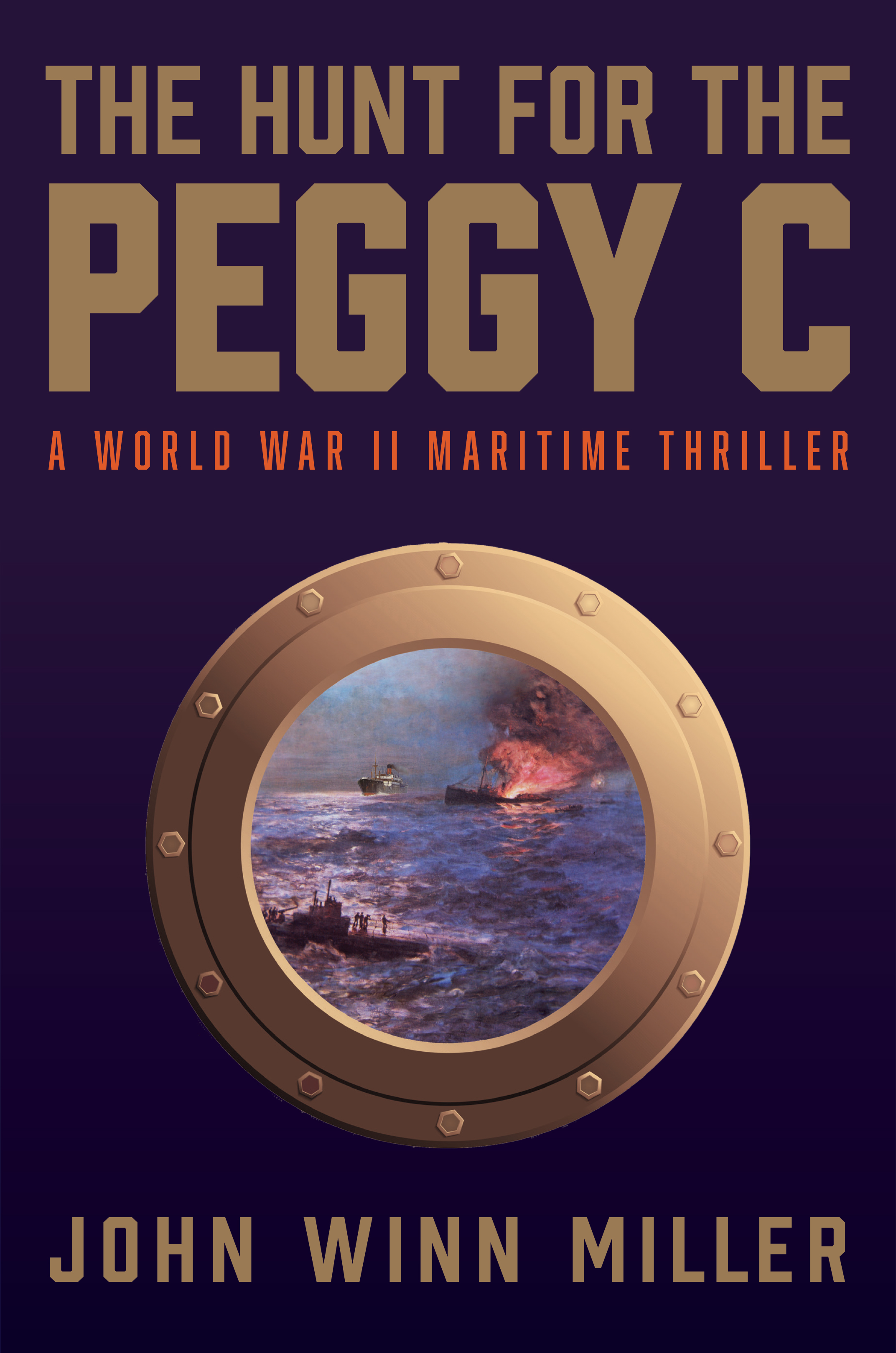 The Hunt for the Peggy C

John Winn Miller's THE HUNT FOR THE PEGGY C, a semifinalist in the Clive Cussler Adventure Writers Competition, captures the breathless suspense of early World War II in the North Atlantic. Captain Jake Rogers, experienced in running his tramp steamer through U-boat-infested waters to transport vital supplies and contraband to the highest bidder, takes on his most dangerous cargo yet after witnessing the oppression of Jews in Amsterdam: a Jewish family fleeing Nazi persecution.

The normally aloof Rogers finds himself drawn in by the family's warmth and faith, but he can't afford to let his guard down when Oberleutnant Viktor Brauer, a brutal U-boat captain, sets his sights on the Peggy C., Rogers finds himself pushed to the limits of his ingenuity as he evades Brauer's relentless stalking, faces a mutiny among his own crew, and grapples with his newfound feelings for Miriam, the young Jewish woman whom, along with her family, he must transport to safety.

When Rogers is seriously wounded, Miriam must prove she is as tough as her rhetoric to save everyone as the U-boat closes in for the kill. THE HUNT FOR THE PEGGY C is a masterpiece laced with nail-biting tension and unexpectedly heartwarming moments that any reader, not just fans of naval fiction, will enjoy.

As a reporter at the Lexington (KY) Herald-Leader, Miller was part of a team of reporters that wrote a series that helped trigger educational reform in Kentucky. It won the Society of Professional Journalists’1990 public service award, top honors from Investigative Reporters and Editors, the first $25,000 Selden Ring award, and was a Pulitzer Prize finalist.

He also was a reporter at the Associated Press and the Wall Street Journal/Europe; executive editor of the Centre Daily Times in State College, PA, and the Tallahassee (FL) Democrat as well as the publisher at The Olympian in Olympia, WA, and the Concord (NH) Monitor.

In 2012, he was elected to The Associated Press board of directors and selected as a juror for the Pulitzer Prize for the second year in a row.

Miller, a Lexington, KY native, has also produced four films, including Band of Robbers, written and directed by Adam and Aaron Nee (who recently wrote and directed The Lost City). He and his wife, Margo, live in Lexington. Their daughter Allison Miller is an actress-screenwriter-director currently starring in the ABC series A Million Little Things.