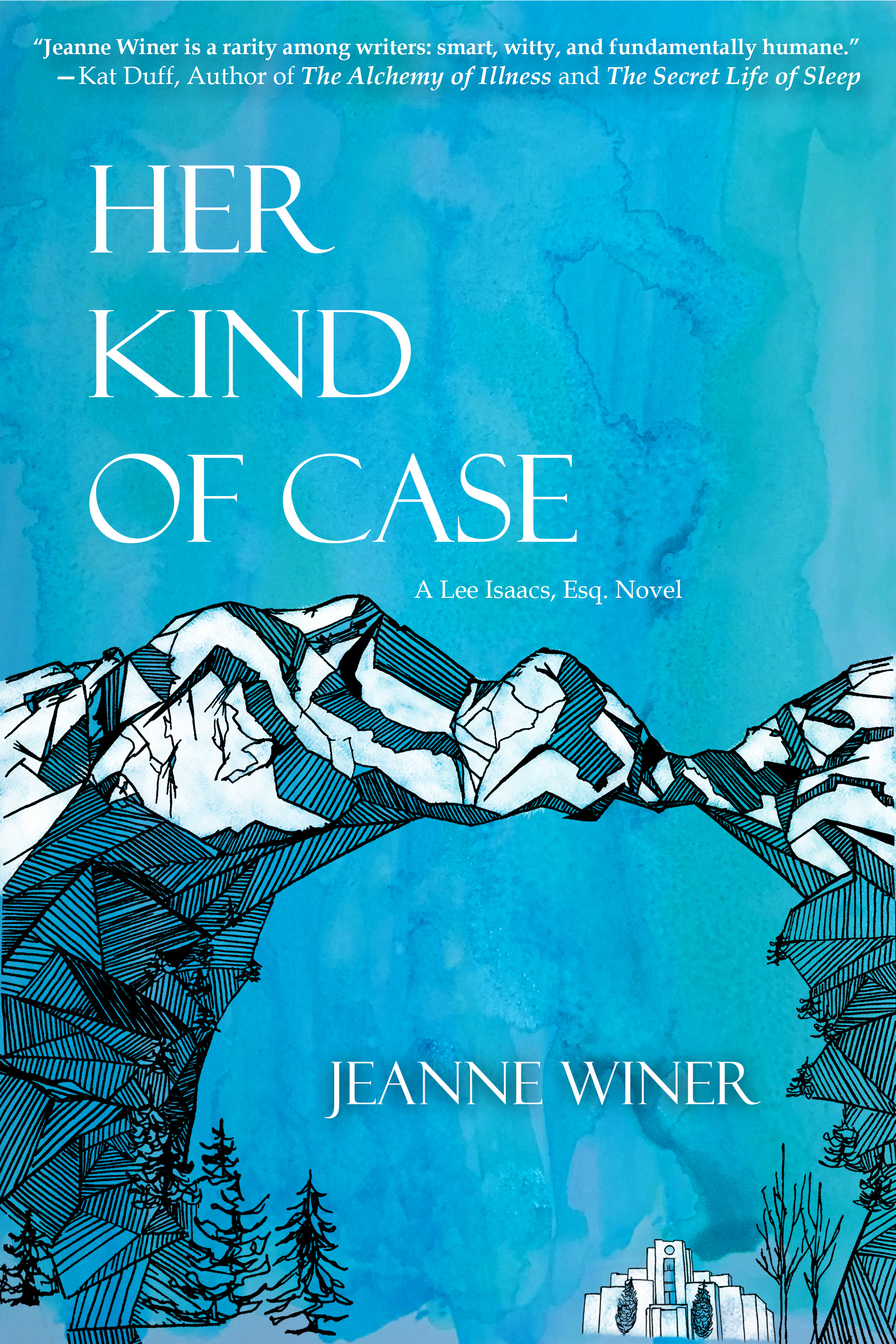 Her Kind of Case

"...Everything about the book feels just right."
Booklist, Starred Review

Her Kind of Case is a legal drama that centers on Lee Isaacs, a female defense attorney on the cusp of turning 60, who, out of curiosity, determination, and desire for a big, even impossible, professional challenge, chooses to take on a tough murder case in which a largely uncooperative young man is accused of helping kill a gay gang member.

This beautifully-written novel, which has earned starred reviews from Kirkus and Booklist, is built around not only a gradually resolving mystery, but by fully fleshed-out characters, particularly the strong-willed and sharp-witted Lee. It is a breath of fresh air to see someone of Lee's standing achieve career and personal success as an older single woman who grieves the recent loss of her husband, but continues her daily routine of law and karate, fighting tooth and nail to prove her client not guilty.

(Note: The author, Jeanne Winer, is herself a longtime defense attorney in Boulder, Colorado, and a black-belt karate expert.)

Jeanne Winer was an attorney in Colorado for 35 years, specializing in criminal defense. During that time, she represented hundreds of people accused of murder, kidnapping, sexual assault, robbery, drug offenses, and other serious crimes.

A long-time political activist, she received the Dan Bradley Award from The National LGBT Bar Association for her trial work in Romer v. Evans, a landmark civil rights case that preceded and paved the way for the Obergefell decision in 2015, which legalized same-sex marriage throughout the United States. Her first novel, The Furthest City Light, won a Golden Crown Literary award for best debut fiction.

Her Kind of Case is her second novel. Like the heroine in her book, Winer is a martial artist who holds a third-degree black belt in Tae Kwon Do. She lives mainly in Boulder, Colorado with her partner and cat, but spends a number of months each year writing in Taos, New Mexico.