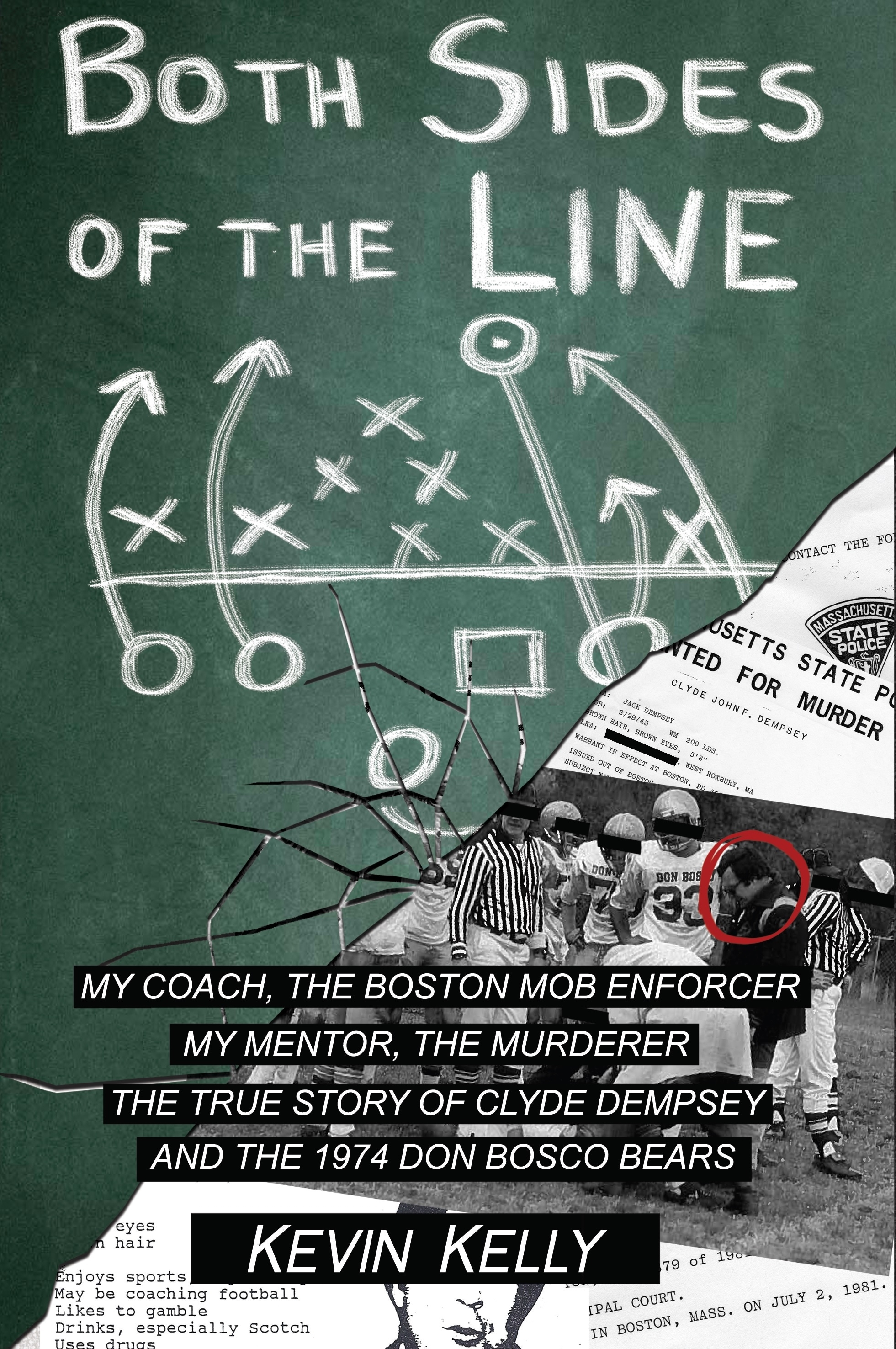 Both Sides of the Line

The Coach and the Mob Enforcer the Mentor and the Murderer; The True

High school players in a working class neighborhood of the 1970s gain desperately needed structure and guidance from Jack “Clyde” Dempsey, a scrappy, charismatic coach who seems like nothing more than a football geek. But “Coach” also happens to be the toughest guy on the streets of Boston, with a temper to match, and it’s his secret life as a mob enforcer/collector that forces him to flee the country, becoming one of America’s most wanted. In this memoir, a devoted Dempsey disciple, who later becomes a dean at a world private school outside Boston, tries thirty-five years later to understand his former coach, role model, and mentor—both his good side and his very dark side—and Dempsey’s impact on his own life. A COMPLETELY TRUE STORY.

Son of a Boston Irish cop, Kevin Kelly was born and raised in Hyde Park, Massachusetts. With the sudden tragic death of his young mother, he and his older brother Tom would learn quickly how to adjust and navigate through their formative years. Fortunately, a few blocks pushed in place for both boys: A rock-solid father, a tight neighborhood of lifelong friends, a beautiful and loving stepmother, and football.

Following his brother Tom’s footsteps, Kevin attended Saint Don Bosco Technical High School in downtown Boston from 1971-75. His first two years of high school football were full of losses and increasing self-doubt. Approaching his senior year, he saw himself on the brink of quitting the sport, but was inspired to continue playing by his older brother’s single comment: Quitting would be a decision he would regret the rest of his life. Undersized and unappreciated, and with a coach named Jack Dempsey who inspired a group of nonbelievers, Don Bosco would go on to win the Catholic Conference Championship. On the strength of that, Kelly continued to play football at both the college and semi-pro levels.

A rare and cherished moment would come in the summer of 1976, when, by chance, player and coach played side by side for the Hyde Park Cowboys, in New England’s semi-pro league. Together they would share a second championship and solidify a bond that lasted a lifetime. Today, Kelly continues to passes on the knowledge and inspiration of Dempsey, the coach, to his players: that size means nothing in the game of football, that quickness, technique, and desire trump all, that the lessons learned on the field mirror those learned in life, and that playing with class and good sportsmanship is paramount to becoming a true athlete. .

When Don Bosco closed its doors in 1998, the author felt the strong desire to write down the Bosco/Dempsey story, lest the’74 championship team fall into obscurity. There was also a desire to try to understand why Dempsey, the boys’ mentor who did so much good for so many, could turn out to be so bad.

“Writing was and has always been my biggest weakness,” confesses Kelly. “Writing a book wasn’t just daunting. It was a herculean task for me, and it took me on an off-and-on, seventeen-year odyssey. There were many reasons why the story never died, and the biggest was that this story belonged not just to me, but to all of us, and simply needed to be told.”

After a life as head of his own construction company, Kelly went back to school and earned his Master of Education degree from the University of Massachusetts.

From1998 to 2010, he made a career switch, serving as an Assistant Principal and Principal at Deerfield Elementary School. Leaving public school in 2012, he accepted the opportunity to return to the high school level as Assistant Dean of Students at the prestigious Deerfield Academy, a boarding school founded in 1797 and located in Deerfield, Massachusetts.

Kelly received his undergraduate degree in Special Education from the University of Maine.

He is married to his wife Xiaofeng. The two have two daughters, Tianyao and Michelle.