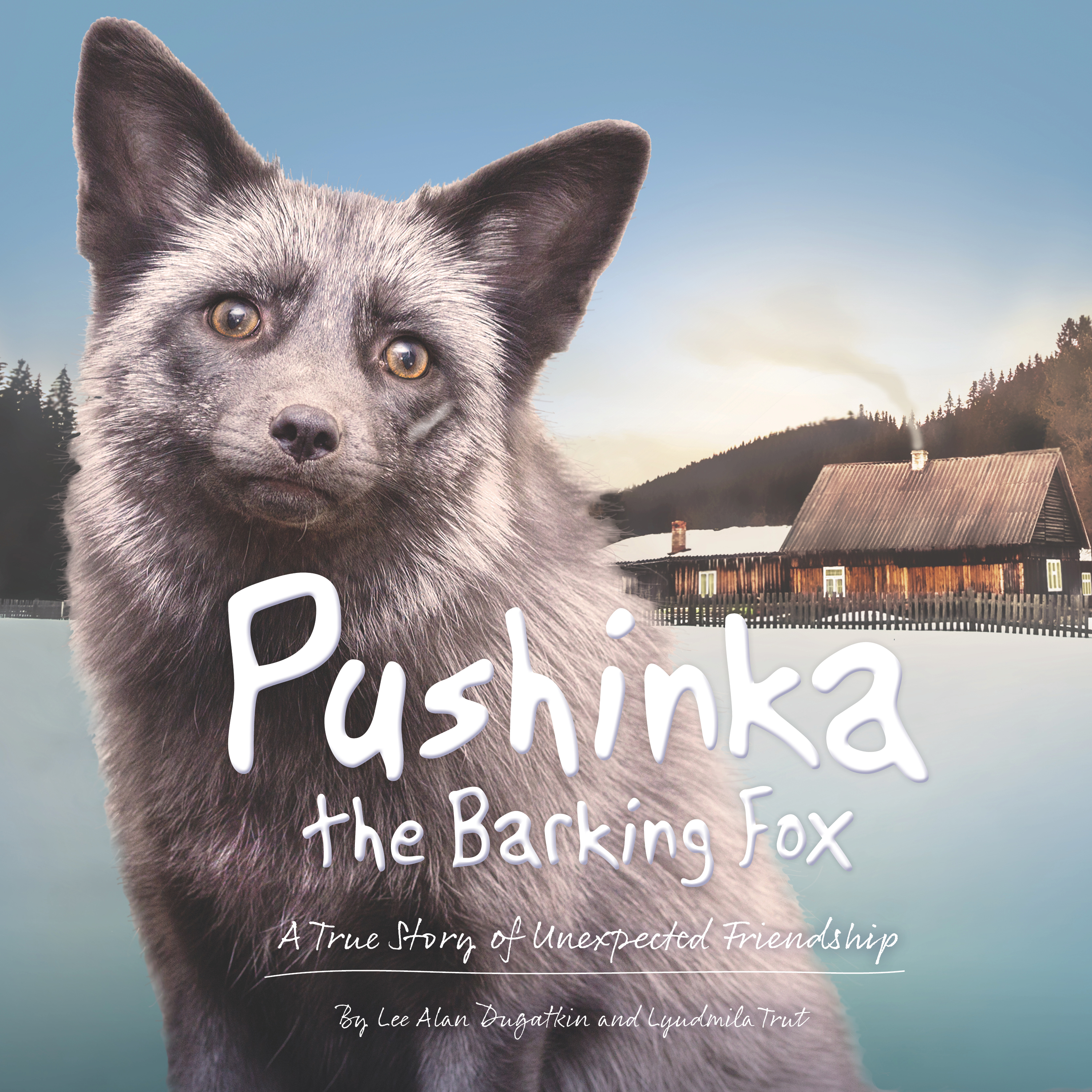 Pushinka the Barking Fox: A True Story of Unexpected Friendship

A True Story of Unexpected Friendship

Pushinka takes gold! A California Reading Association Eureka! Nonfiction Gold Award that is. Find out why this incredible true story of science, Siberia, and the sweetest of friendships is a winner when you explore with Pushinka the Barking Fox.

“You become responsible, forever, for what you have tamed.” — The Little Prince by Antoine de Saint-Exupéry.

In the harsh, frozen Siberian landscape, a scientist and a fox began a most unusual friendship—one that changed our understanding of human-animal relationships forever. In 1959, the world-renowned Siberian silver fox domestication experiment began, exploring the boundaries of relationships between humans and animals. Fifteen years into the experiment, lead researcher Dr. Lyudmila Trut met Pushinka, a beautiful silver fox pup who would become her near-constant companion. So taken was she by Pushinka, Lyudmila decided to take the experiment a step further by moving into a small house with Pushinka, allowing for closer observation and more constant interaction between scientist and fox.

As the seasons changed, so did Pushinka, and she began to act more like a dog. Wild foxes do not play fetch or wag their tails or bark in defense of their friends, but Pushinka did. Soon, the two grew to know and love one another through trials in motherhood, relationship tests, and endless games of fetch.

Love, you see, changes us.

Lyudmila and Pushinka’s true story weaves together the scientific and the emotional, demonstrating even in earth's coldest places, there is warmth.

Dr. Lee Alan Dugatkin studies animal behavior at the University of Louisville. He  is the author of ten books on animals and their behavior.  Dr. Dugatkin has travelled around the United States and the world—including England, France, Austria, Romania, the Czech Republic,  Germany and the United Arab Emirates—telling the story of the domesticated foxes of Siberia.

Dr. Lyudmila Trut is a biologist at the Institute of Cytology and Genetics in Novosibirsk, Russia. Dr. Trut is eighty-five years old, and she has been the lead researcher on the silver fox domestication experiment—internationally recognized as one of the most important experiments ever done on animals—since it began in 1959.

Drs. Dugatkin and Trut are co-authors of the award winning book, How to Tame a Fox and Build a Dog (University of Chicago Press, 2017), which the New York Times Book Review called "Sparkling... A story that is part science, part Russian fairy tale, and part spy thriller.”