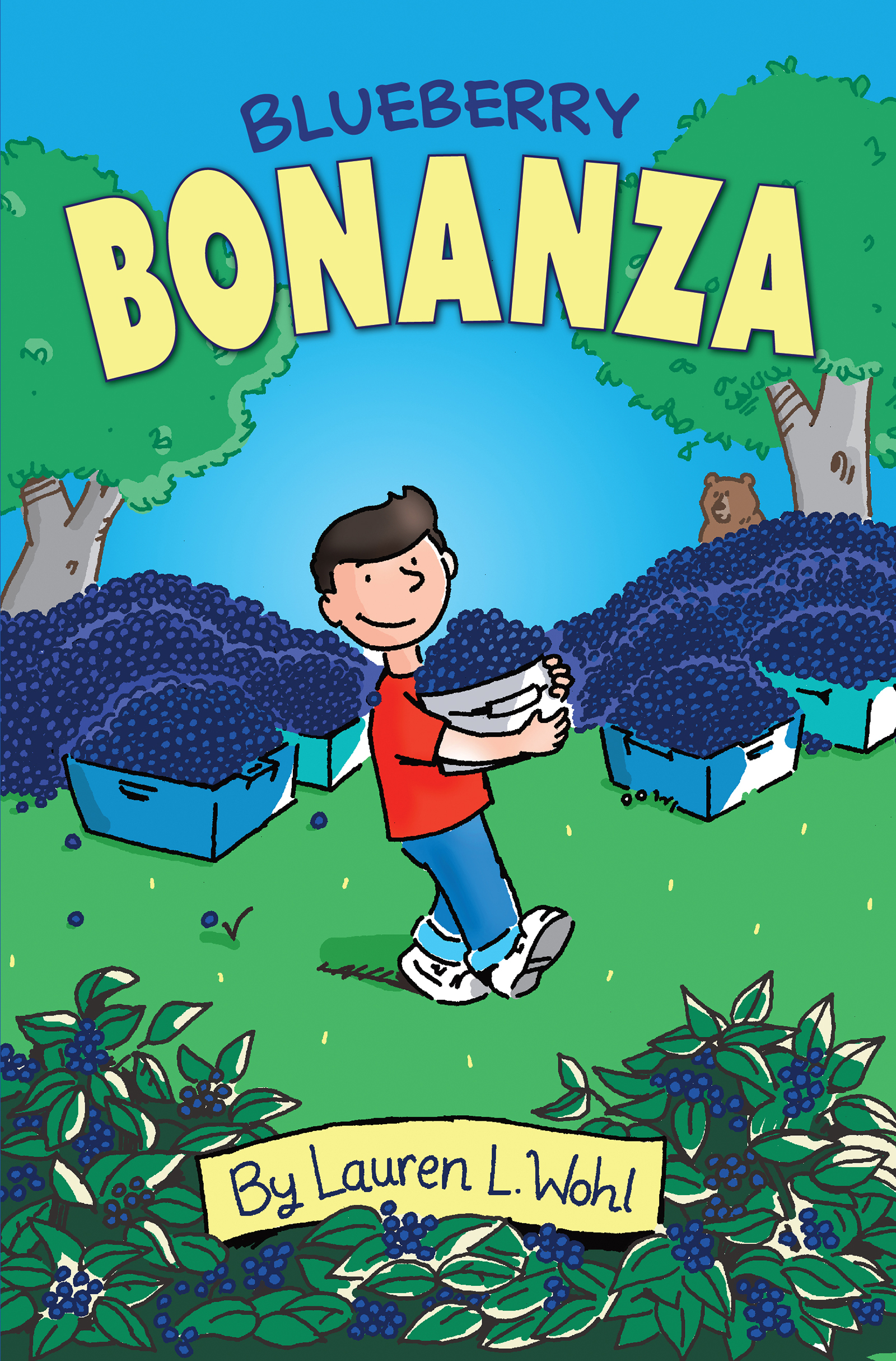 Nicholas Preston, age 8, is a blueberry guy. Lately, that’s been a very good thing, because the blueberry bushes his parents planted in their yard have been delivering more fruit than a family of four can pick … or eat! Last summer they recruited neighbors to help with the harvest and take away what they picked. Still, the Prestons have been eating blueberry jam, syrup, muffins, even burgers (!) throughout the year. This summer, the crop is even bigger, but Nico has a plan.

If he can convince all his classmates to volunteer a day to pick the berries, they’ll all get the best blueberries in town, and he’ll have plenty left to sell. Then if he can sell enough, he will donate the money to the Community Center fund so they can open the park at the end of the summer.

But first, Nicholas will have to protect the crop from a Mama Bear and her cubs who live in the forest behind their house and seem to love nothing more than blueberries. And, he’s going to have to convince his teacher to give him time to persuade his classmates to help out. And, on the chosen date, when his classmates don’t show up, he’s going to have to keep on believing. What’s more, when the harvest is in and it seems that everyone in town already has more blueberries than they need, Nico has to find a place where there will be customers for his berries. For this, he’ll need permission from the crankiest man on their street.

In this chapter book, everyday adventures combine with the power of friendship, the rewards of persistence, and what just may be a little bit of magic to help Nicholas succeed and be named Raccoon Creek’s Businessman of the Year. Young chapter book readers will root for Nico and cheer for his success.

Lauren L. Wohl has been involved with children’s books… well … forever—primarily on the marketing side of publishing. She's worked in large established publishing houses and also helped brand-new publishers get going. Lauren and her husband owned Rabbit Hill, a children's bookstore on Long Island, New York, where she was the Saturday morning storyteller. Lauren has a master's degree in Library Science; has been a school librarian; taught in the New York University Publishing program; and mentored students in the MFA program at Simmons College. She was program director for James Patterson's ReadKiddoRead and is now consulting with several publishers. She is an author of several picture books and a chapter books series, and she’s proud to be the local “kids book lady” in her neighborhoods.

Lauren lives in western Massachusetts, where she enjoys the mountain views and quiet times to enjoy nature for part of the year and in Miami Beach, Florida, just a mile from the beach but smack in the midst of busy city.

Mark Tuchman, a native New Yorker, is the long-time creative director for a venerable publication known for its reviews of children’s books. Earlier in his career he created cartoon illustrations that appeared in national magazines and big city newspapers. Mark is raising three awesome children with his wife Michelle, and splits his time between Brooklyn and Facebook.