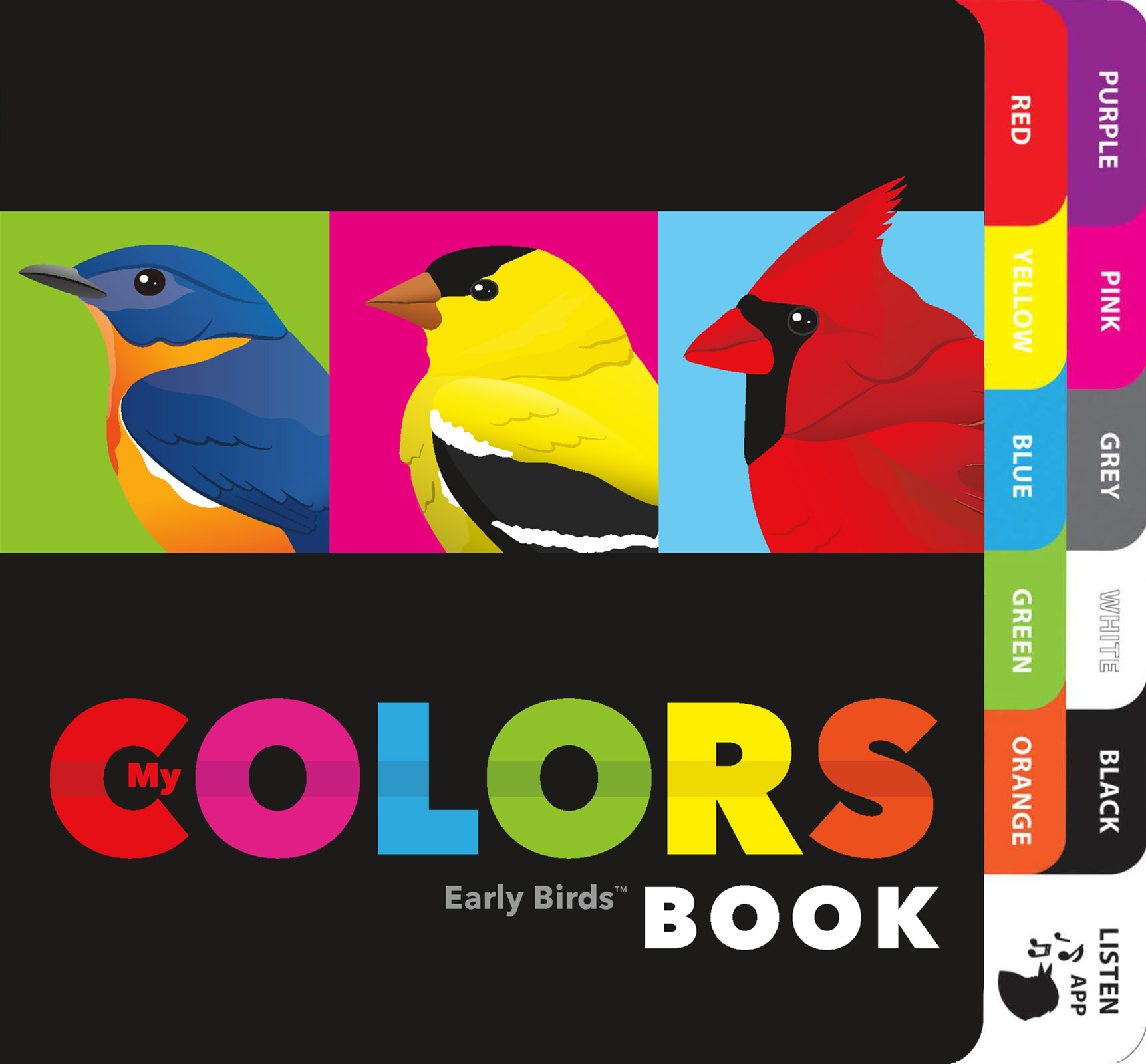 From the Cornell Lab of Ornithology – the world leader in the study, appreciation, and conservation of birds – this fun and vibrant board book introduces young readers to colors from a red Northern Cardinal to an all-black American Crow. It's never too early to expose your children to the many wonders of nature! EARLY BIRDS, our new board book series, begins with My Colors pairing each of ten colors with a beautiful bird and a second element found in nature for reinforcement. Backmatter includes scannable QR codes that will play the call of each bird species, perfect fun for birder families wanting a soundtrack as they read along.

*Free Bird QR app download for Android and iOS developed with Cornell Lab for interactive features in the book! Delight your child with streaming bird sounds.

Other birds featured in MY COLORS:

About the EARLY BIRDS SERIES

The Early Birds Learning Series introduces toddlers to a range of concepts using birds, including color, numbers, opposites, and more. Developed by a team of birders and teachers at the Cornell Lab of Ornithology, each book is designed to help teach youngsters the beauty and joy of bird appreciation as they learn each concept.

Special features differentiate EARLY BIRDS from other board book series, including: 1) Repetitive triplets and word tools on each spread to describe what each bird does or sounds like, enhancing learning; 2) Back matter with streaming HD bird sounds that gives parents and children a real multi-media experience using BIRD QR, our free Android and iOS downloadable app; 3) Special page tabs for little hands

“Tabbed pages open to spreads, each featuring a bird that – except for the flamingos - you could find here” — ITHACA CHILD

“Birds and opposites converge in this book for budding ornithologists...ambitious.” — KIRKUS REVIEWS

Patricia Mitter is the former Creative Director of the Cornell Lab Publishing Group and Persnickety Press. After earning her graphic design degree in Caracas, Venezuela, she moved to the United States with her husband. There, she began a new career path in the world of editorial design and quickly learned that her passion for nature and animals was a perfect fit. These board books are her first written and illustrated titles, following her illustration and design of her first children's title for the Cornell Lab Publishing Group, Bird Brainiacs.. Patricia is also a photographer and lives in Durham, North Carolina.