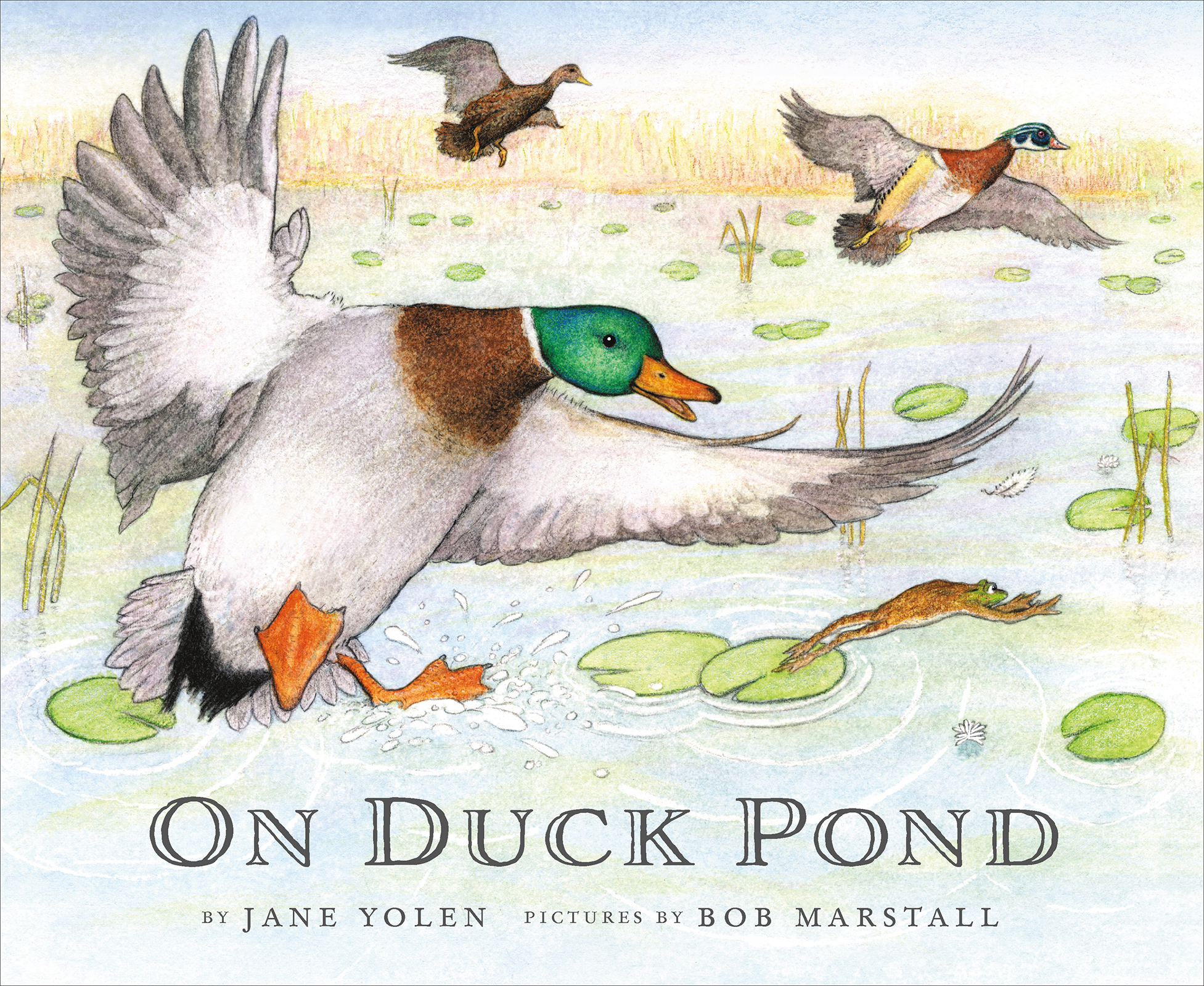 From award-winning and New York Times bestselling children's author Jane Yolen, and award-winning illustrator, Bob Marstall,On Duck Pond is the first sequel to the acclaimed On Bird Hill, which launched the children's picture book series written for the esteemed Cornell Lab of Ornithology, the world authority on birds.

In On Bird Hill, Yolen and Marstall took readers on a surreal journey with a boy and his dog, as they stopped, looked, and noticed things along their path, ultimately discovering the miracle a hatching baby bird.On Duck Pond continues the journey of the boy and dog, this time in a new place—a serene pond, filled with birds, frogs, turtles, and other creatures going about their quiet business. Their intrusion stirs the pond into a cacophony of activity, reaching a climactic chaos before slowly settling back to a quiet equilibrium.

This beautiful and enchanting sequel is sure to delight On Bird Hill fans and millions of readers of Jane's popular classics.

Jane Yolen has authored more than 370 books including the Caldecott-winning Owl Moon, loved by children and bird watchers of all ages; You Nest Here With Me, a popular new favorite co-authored with her daughter Heidi E. Y. Stemple; and the New York Times bestselling series How Do Dinosaurs...Jane Yolen's books have been translated into over 20 languages. Many of Ms. Yolen's books are about wildlife subjects, especially the winged kind. She lives in Hatfield, Massachusetts. Visit Jane's website at www.janeyolen.com

Bob Marstall is the illustrator of nine nonfiction children’s books, including The Lady and the Spider, which sold over a quarter-of-a-million copies and was a Reading Rainbow selection. Bob has also been honored with an ALA Notable Book award; an IRA Teachers' choice; a Smithsonian Magazine Notable Book for Children; and three John Burroughs selections. In addition, two of Bob's books are included in the New York Times Parent's Guide's "1001 Best Books of the Twentieth Century." Bob lives in Easthampton, Massachusetts. Visit Bob's website at www.marstallstudio.com.