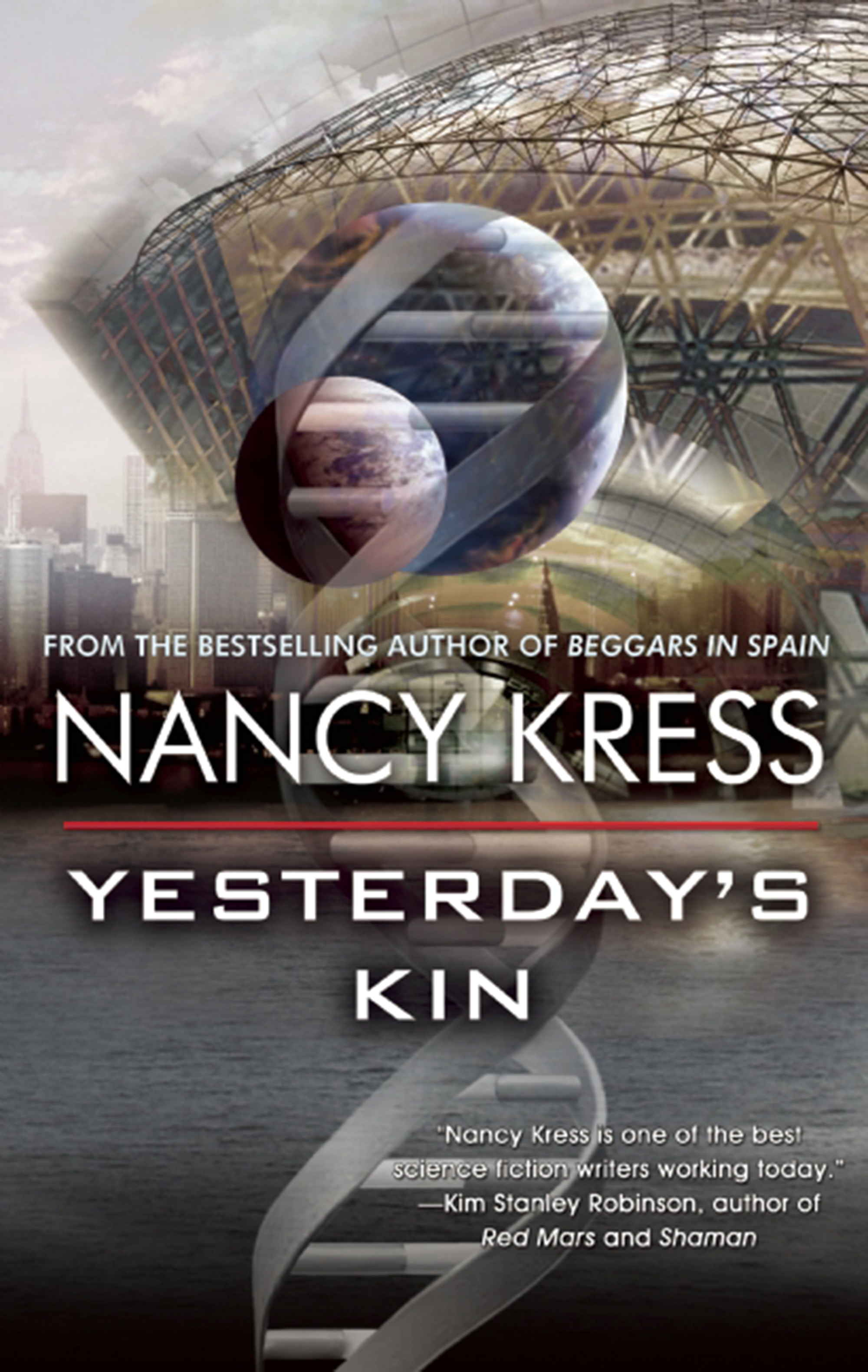 Aliens have landed in New York. After several months of no explanations, they finally reveal the reason for their arrival.

The news is not good.

Geneticist Marianne Jenner is having a career breakthrough, yet her family is tearing itself apart. Her children Elizabeth and Ryan constantly bicker, agreeing only that an alien conspiracy is in play. Her youngest, Noah, is addicted to a drug that keeps temporarily changing his identity. The Jenner family could not be further apart. But between the four of them, the course of human history will be forever altered.

Earth's most elite scientists have ten months to prevent a disaster—and not everyone is willing to wait.

Nancy Kress is the bestselling author of 20 science-fiction and fantasy novels, including Beggars in Spain, Probability Space, and Steal Across the Sky. Kress is the recipient of the Nebula, Hugo, Sturgeon, and Campbell awards. Her fiction has been translated into multiple languages, including Klingon.