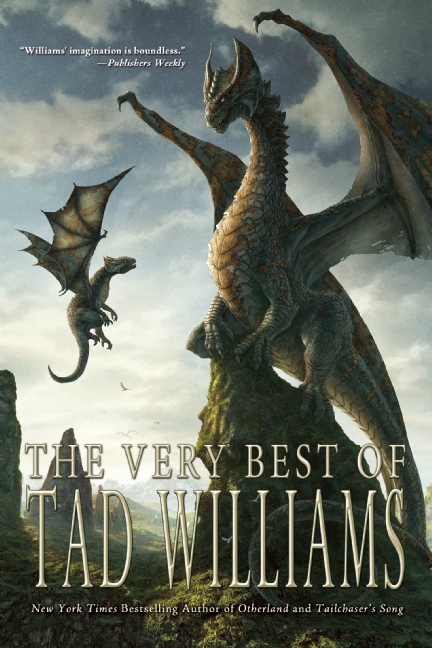 The Very Best of Tad Williams

Within these pages you will find such delightful and curious things as a strange storytelling vampire, two woefully-overmatched angels, a dragon in cahoots with a knight and a witch, an ineptly duplicitous fish, the loyal robot butler of Werner Von Secondstage Booster, and the Greatest Wizard of All (disputed).

From his epic fantasy series, including Memory Sorrow and Thorn—which George R. R. Martin cited as an inspiration for Game of Thrones—to the classic novel Tailchaser's Song, Tad Williams has mastered every genre he has set his pen to. Here are the stories that showcase the exhilarating breadth of Williams' imagination, hearkening back to such classic fantasists as J. R. R. Tolkien, Ray Bradbury, Peter S. Beagle, and beyond. Whether you are a devoted reader of his longer works, already a devotee of his short fiction, or even new to his writing entirely, The Very Best of Tad Williams is the perfect place to discover one of the most talented and versatile authors writing at any length today.

Tad Williams is a bestselling fantasy author whose works include Tailchaser's Song; The War of the Flowers; Caliban's Hour; and series novels including Memory, Sorrow, and Thorn; and Otherland. He is also the author of the comic miniseries, Next, published by DC Comics. He lives in Soquel, California.