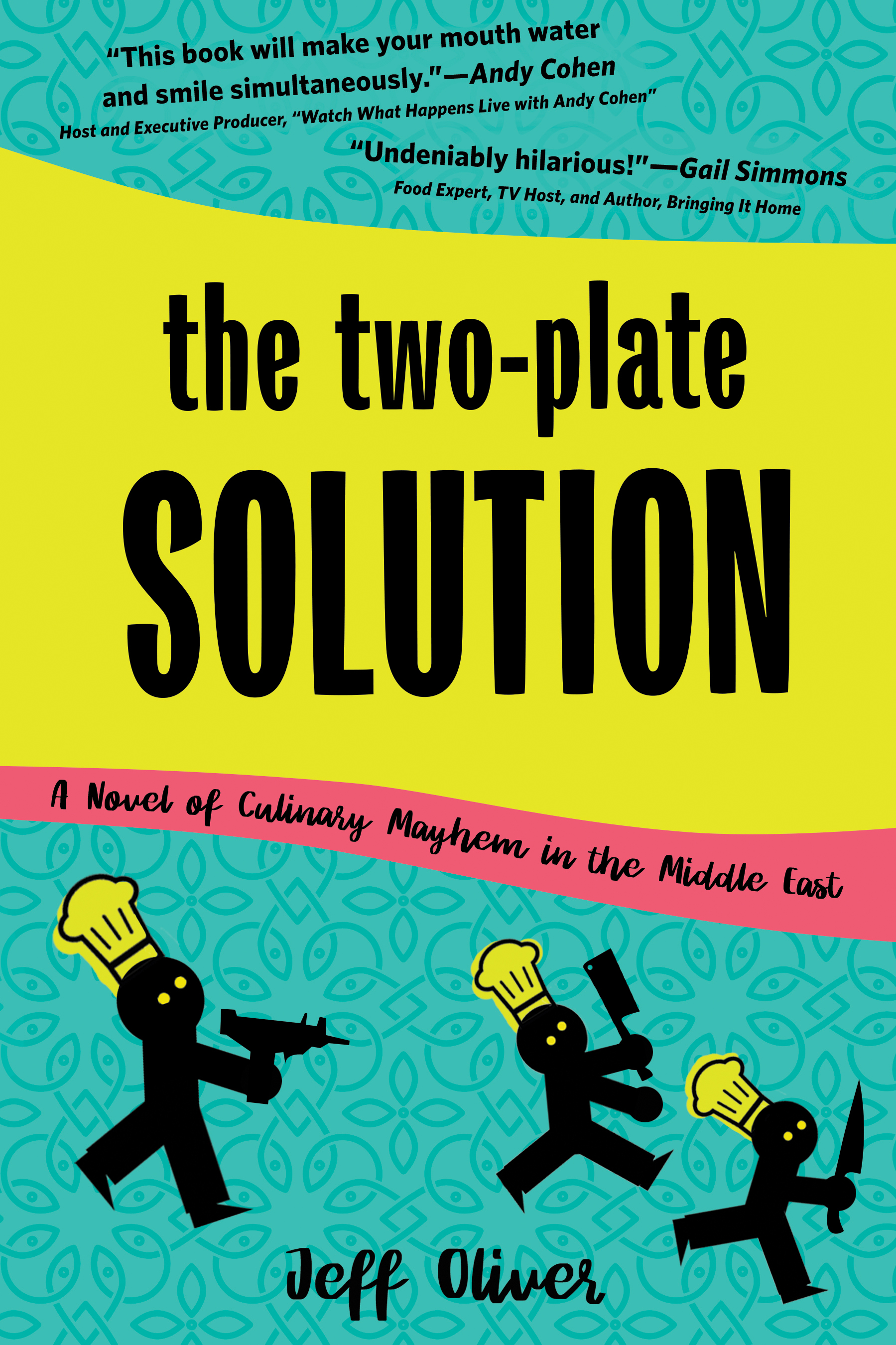 A Novel of Culinary Mayhem in the Middle East

A James Beard Award-winning chef stands atop a 50-foot-high diving platform having just plated a competition-winning culinary masterpiece. He looks down, faints from fear of heights, and careens into the water below. Worst of all? He knocks over his dish on the way down.

So begins The Two-Plate Solution, and it only gets better from there. Follow a diverse cast of young talented chefs as they compete in a high-stakes TV cooking competition set in Israel. Their culinary foes: fake “terrorists” brought in by the producers—that is, until some actual terrorists show up on set, and the producers must scramble to either integrate them into the show, or risk death.

Mysteries deepen, romances bloom, and chefs cook for their lives in this laugh-out-loud culinary adventure from Jeff Oliver, a major force in TV cooking shows the past fifteen years. His talented pen will have you caring about each character . . . and wondering how the many unforeseeable story twists will turn out.

Jeff Oliver is Vice President of Current Production at Bravo Media. He is a former Food Network producer and executive with credits that include "Big Brother," "Last Comic Standing," and "The Simple Life." At Food Network, Jeff oversaw some of the network's most successful shows, including "Cupcake Wars," "Worst Cooks In America," "Food Network Star," and "Chef Wanted With Anne Burrell." He also developed the long-running series "Cutthroat Kitchen," as well as Cooking Channel's "The Freshman Class" and "The Culinary Adventures Of Baron Ambrosia."

Prior to being at Food Network, Jeff was a freelance Supervising Producer in Los Angeles working with production companies that included Magical Elves, Bunim/Murray Productions, Ryan Seacrest Productions, and World of Wonder.

A graduate of McGill University, Jeff has an MFA in Fiction from Brooklyn College (CUNY), and his debut novel, "Failure to Thrive," was published by DC Books in 2012. Jeff’s wife, Liz Blazer, is an award-winning filmmaker, art director, visual artist, designer, animator, and educator. She also happens to have co-designed the “Two Plate” book cover.

The two live together in suburban New York City with their son.