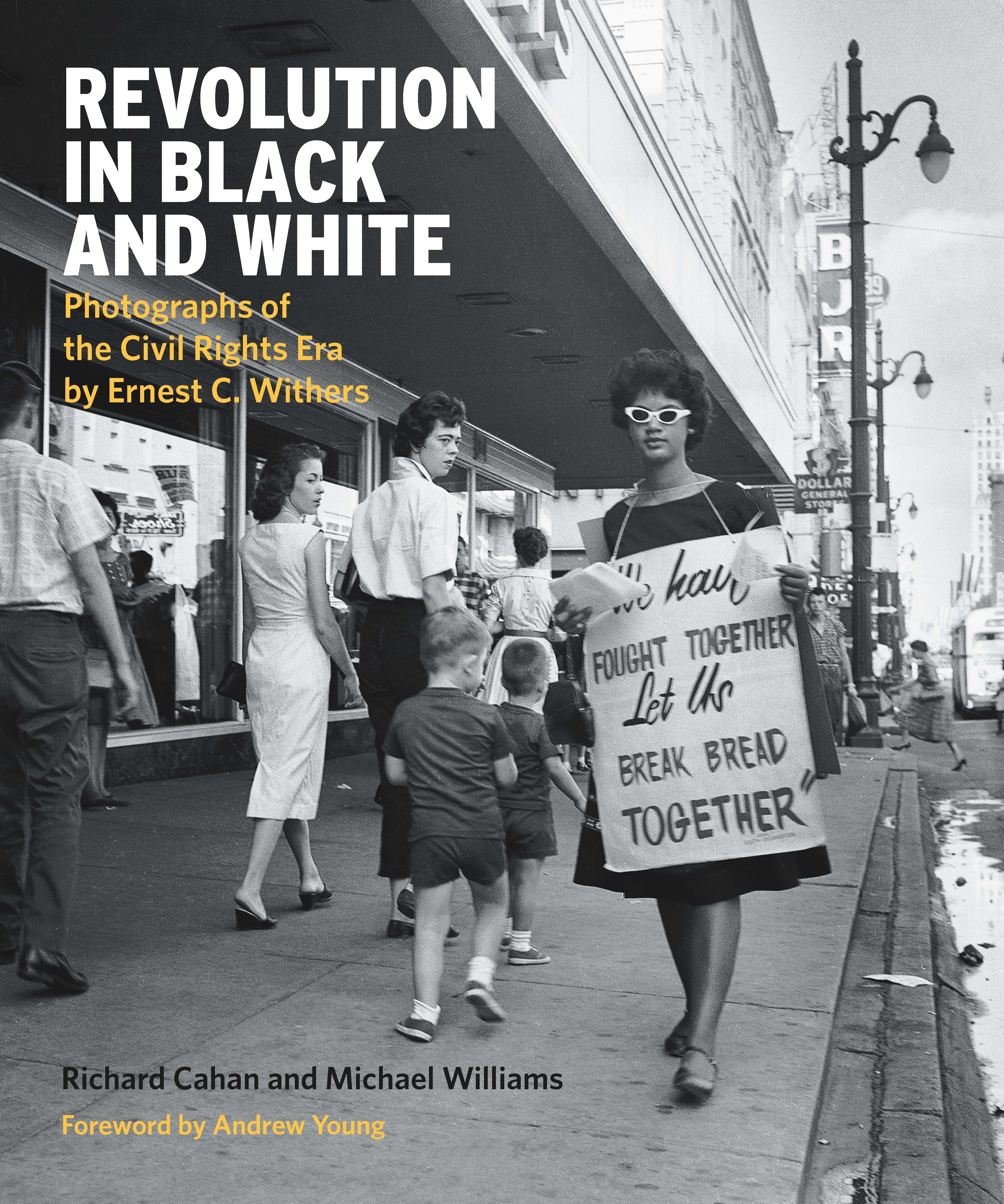 Revolution in Black and White

Photographs of the Civil Rights Era by Ernest Withers

Ernest C. Withers was one of the most prominent African-American photographers of the civil rights era. During the course of his work, he took thousands photographs that document the civil rights movement—from the Emmett Till trial in 1955 to the assassination of Martin Luther King in 1968.

What set his work apart was that he goes beyond the political struggles to explain the civil rights movement that changed the country. Withers was primarily a local photographer, working as a freelancer for the Memphis World and Tri-State Defender starting in 1948. His photographs of the everyday world—bridge clubs, funerals, people at work and play, and street life—create a stunning record of what it was like to live in Memphis and the Mid-South. He was also a noted baseball photographer, documenting Negro League baseball in Memphis, and a noted music photographer, taking thousands of photographs of jazz, blues, rock ’n’ roll and R&B performers.

This book combines this work for the first time and uses first-hand accounts of people who lived in the South to explain these transformative years. The photographs, taken as bare-bones journalism, rises to the level of fine art decades later.

They are also important examples of photojournalism, documenting decades of struggle in Memphis and the Mid-South. They serve as an important missing link in the civil rights narrative.

In 2010, three years after his death, the Memphis Commercial Appeal newspaper published a series of articles that showed that Withers was a paid informant of the FBI. This book goes beyond the headlines to show how Withers created an essential record for all of us to better understand life in the South during this crucial era.

Ernest C. Withers work has been published extensively in national and world publications—from local newspapers such as the Memphis World and Tri-State Defender, national newspapers such as the New York Times and Washington Post, and magazines such as Jet, Ebony, Time and Life. Civil rights leader Andrew Young has called him the eyes of the Movement. In addition, several books based on his work have been published, including Pictures Tell a Story (2000), The Memphis Blues Again (2001), and Negro League Baseball (2004).