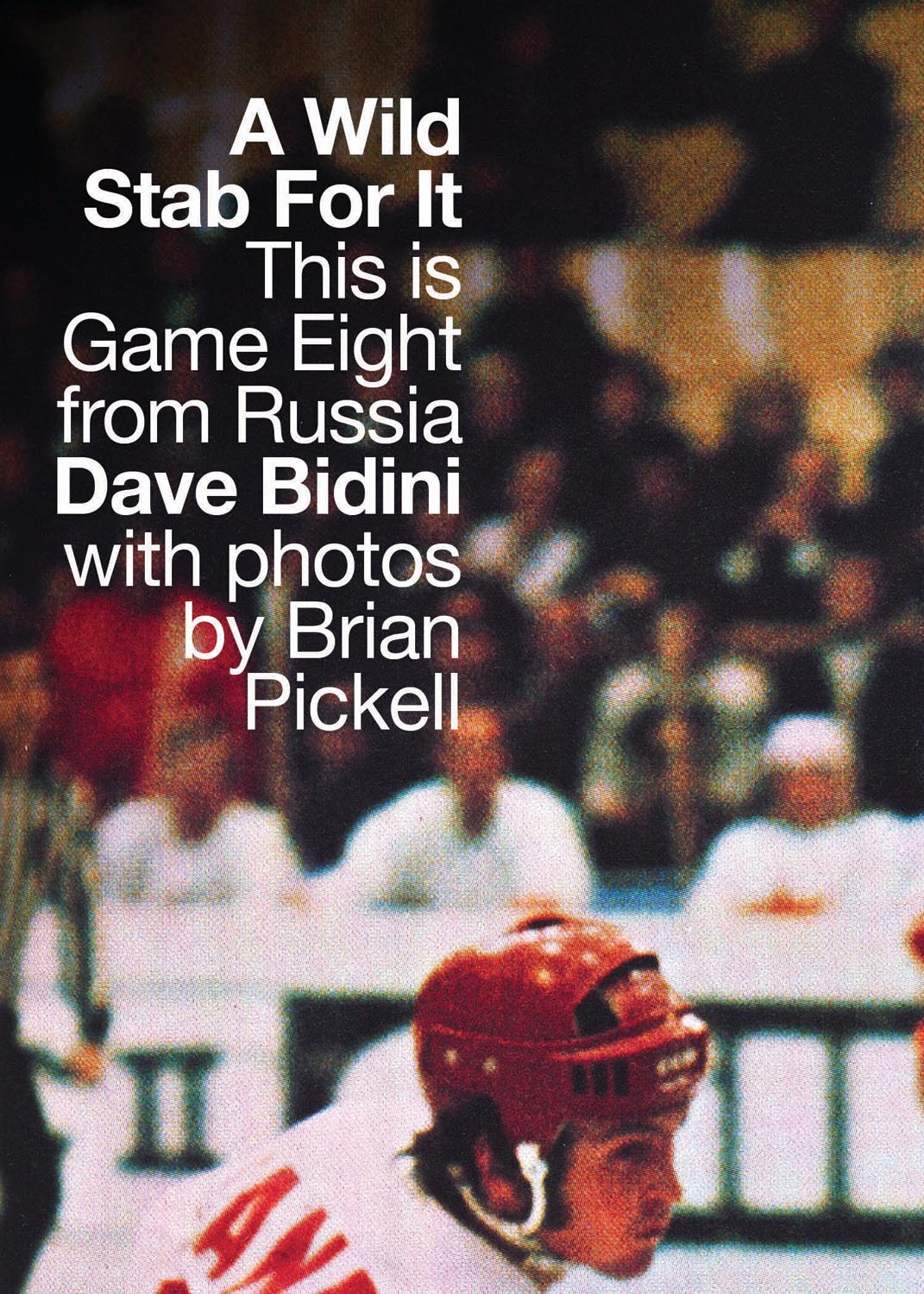 A Wild Stab For It

This is Game Eight from Russia

On the 40th anniversary of the 1972 Summit Series, a personal and poetic journey into the heart of hockey in Canada

As summer turned to fall in 1972, Canada was redefining itself and its place in the world. Politically, a spirited election campaign asked probing questions about the nation’s past, present, and future — the nationalist pride of recent centennial celebrations contrasted with the stressed relationship between English and French Canada post-FLQ crisis. In a very different arena, similar issues were raised by the trials and triumphs of the players of Canada’s game.

On the 40th anniversary of what is arguably the single most important sporting event in Canadian history, Dave Bidini travels back through time to September 28, 1972. By asking Canadians of all stripes — athletes, artists, politicians, and pundits — to share their memories, whether they were there in Moscow’s Luzhniki Ice Palace or watching a TV rolled into a classroom, Bidini explores how the legendary Canada–Russia Summit Series changed hockey history and helped shape a nation’s identity.

The author of 10 books, including On a Cold Road, Baseballissimo, and Writing Gordon Lightfoot, Dave Bidini’s lifelong love of Canada’s game led him to write Tropic of Hockey, which he also turned into a Gemini-winning sports documentary, Hockey Nomad. He currently fronts Bidiniband and is a columnist for the National Post. He lives in Toronto, Ontario. Brian Pickell is a musician and photographer with several books to his credit, including the official Hockey Canada history of the legendary 1972 Canada–Russia series. He lives in Paris, Ontario.