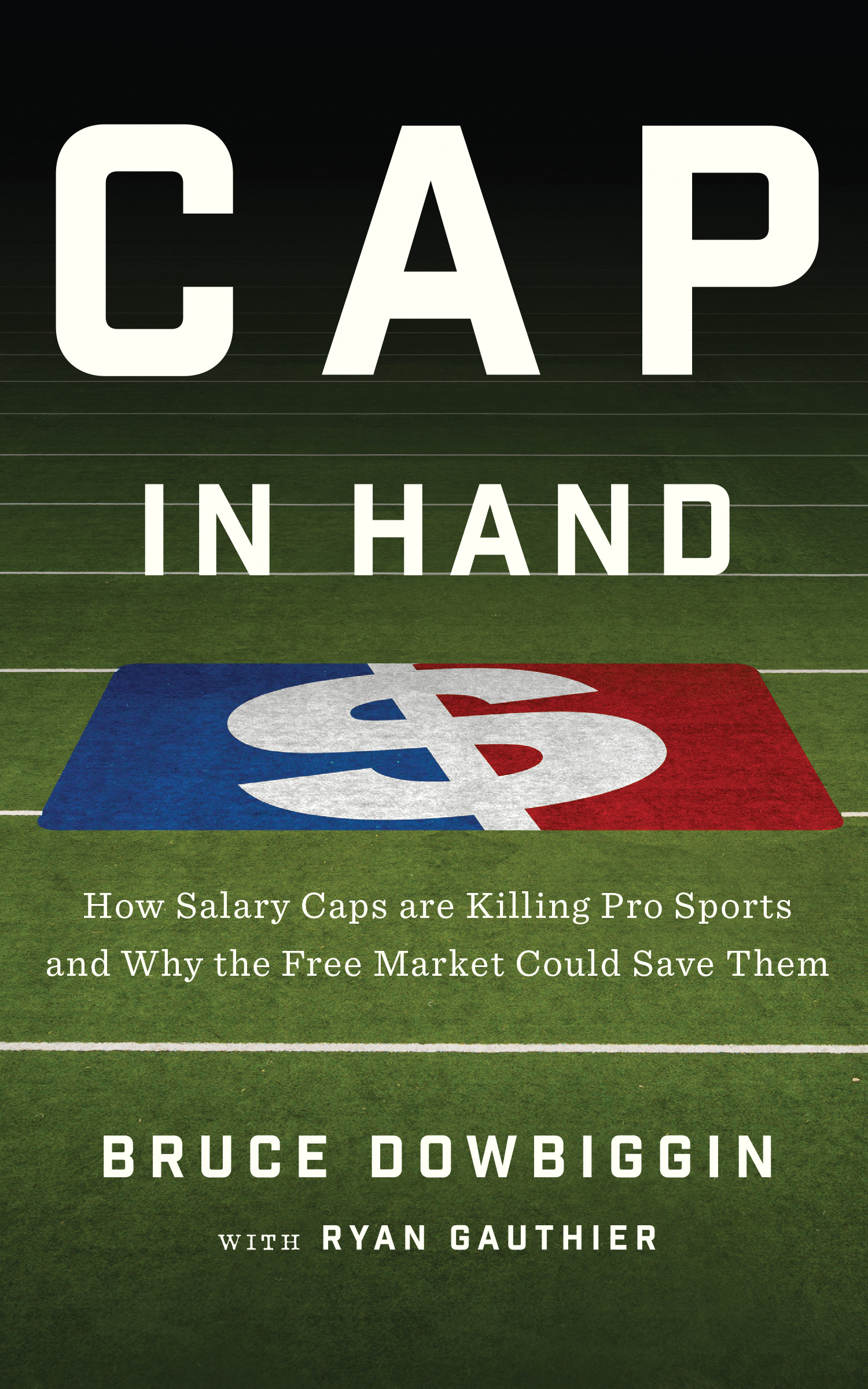 Iconic baseball writer Bill James, in 1987, frustrated with MLB’s labor stoppages and the decline of the minor leagues, wrote that the minors “were an abomination … if you’re selling a sport and the players don’t care about winning, that’s not a sport. That’s a fraud … an exhibition masquerading as a contest.” Bill imagined a better model and proposed that, as opposed to limiting the number of teams in MLB to protect parity, a free market was capable of sustaining many more franchises — hundreds, even — if we would just allow it to sort out the level at which those cities might best compete.

Cap in Hand goes a step further, arguing that a free market in sports teams and athletes once existed and could work again if the monopolists of MLB, NFL, NBA, and NHL would simply relent from salary-restraint schemes and reserve-clause models that result in elite talent being spread as thinly as possible and mediocrity being rewarded via amateur drafts and equalization payments.

In fact, the model for this exists and may be the most wildly popular and monetarily successful of all professional sports: European football.

Cap In Hand asks: what if the four major North American pro sports move beyond the restrictive covenants of the franchise model? The product sold to fans today is a pale copy of what it might be if the market could guide the best players to the best teams, whose ingenuity and innovation would inspire everyone to do better and put on a better show.

Bruce Dowbiggin’s performing career has included successful stints in television, radio, theatre and print. A two-time winner of the Gemini Award as Canada’s top television sports broadcaster for his work with CBC-TV, he’s also a two-time winner of the Gemini for Canada’s top sportscaster. He’s the publisher of nothepublicbroadaster.com and the host of The Full Count. His books include Money Players (finalist for the 2004 National Business Book Award), The Defence Never Rests, and The Stick. Bruce lives in Calgary, AB.