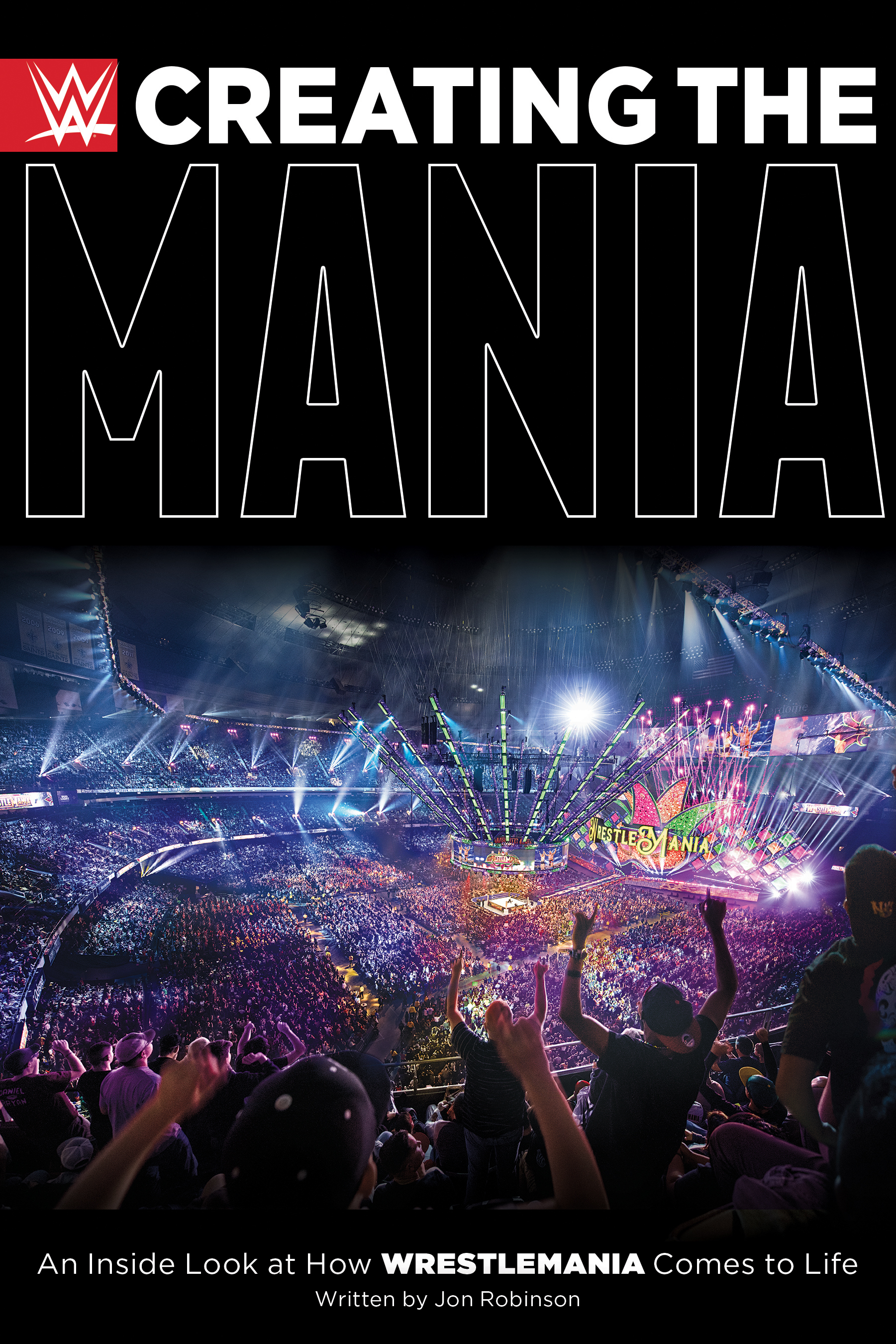 An Inside Look at How WrestleMania Comes to Life

Creating the Mania takes fans backstage with an all-access pass to the behind-the-scenes stories of WrestleMania 34, which became the Mercedes-Benz Superdome’s highest grossing entertainment event at $14.1 million and a sold-out crowd of 78,133 fans. Follow the yearlong life cycle of WWE’s biggest event, from how the storylines were developed to how the host city was selected, from the logistics and planning behind hosting over 70,000 members of the WWE Universe to the rivalries and matches playing out inside the ring, in a book that chronicles the events leading up to the “Showcase of the Immortals.” This journey includes exclusive interviews with top Superstars, including Roman Reigns, Seth Rollins, Braun Strowman, Charlotte Flair, Sasha Banks, Kevin Owens, The Miz, and “Phenomenal” A.J. Styles, breaking down their year leading up to ’Mania and the highs and lows that go along with being a WWE Superstar — pushing their hardest, all with the same goal in mind… to main event WrestleMania.

Jon Robinson is an award-winning author of seven books, including The Ultimate Warrior: A Life Lived Forever, NXT: The Future Is Now, and WWE: The Attitude Era. His work has appeared in ESPN The Magazine, IGN, and Sports Illustrated. He still takes pride in beating The Rock in Madden and giving the real Stone Cold a Stunner to take the 1-2-3 in a WWE video game. Jon lives in Millbrae, CA.