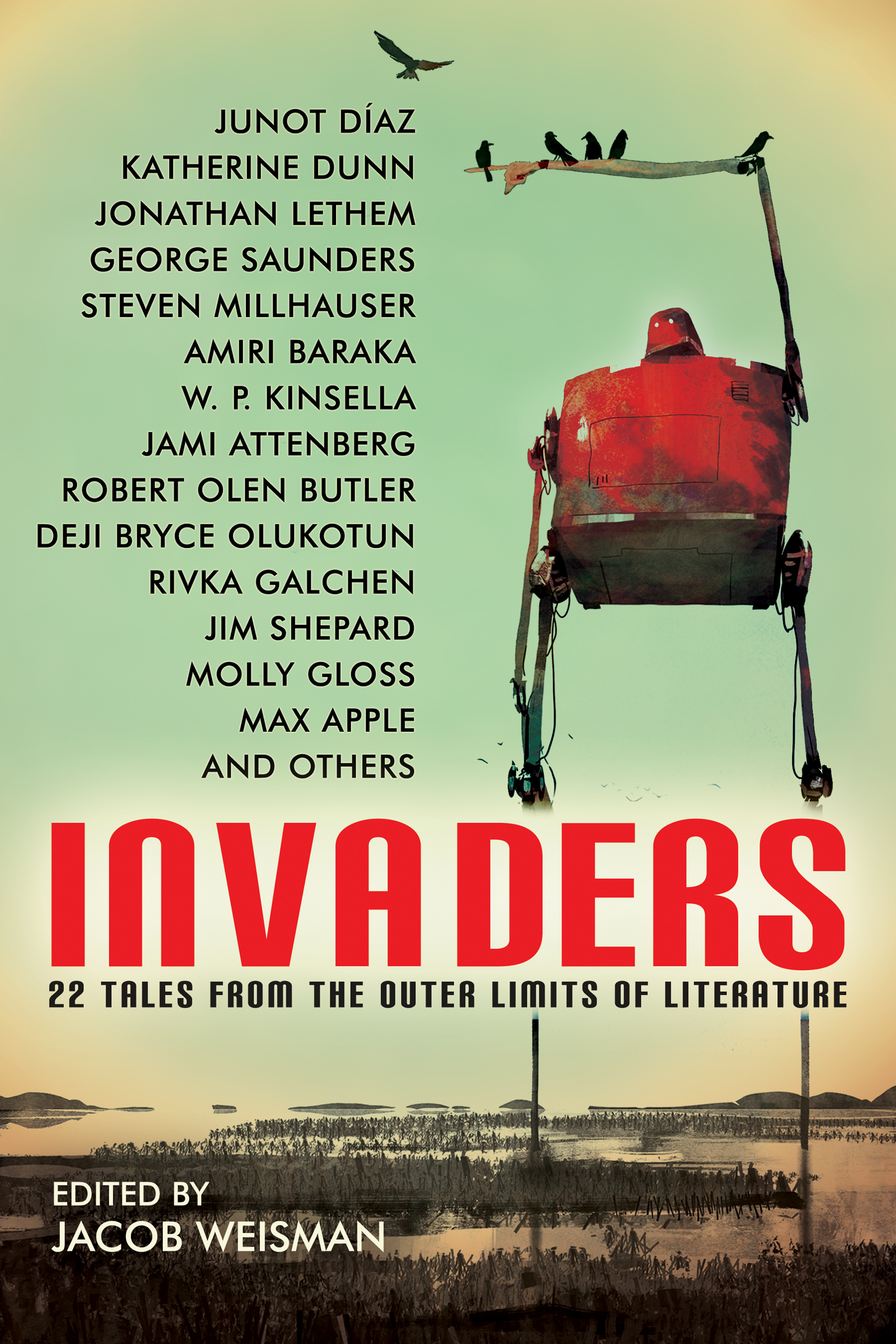 22 Tales from the Outer Limits of Literature

The invasion of the future has begun.

Literary legends including Steven Millhauser, Junot Diáz, Amiri Baraka, and Katharine Dunn have attacked the borders of the every day. Like time traveling mad-scientists, they have concocted outrageous creations from the future. They have seized upon tales of technology gone wrong and mandated that pulp fiction must finally grow up.

In these wildly-speculative stories you will discover the company that controls the world from an alley in Greenwich Village. You'll find nanotechnology that returns memories to the residents of a nursing home. You'll rally an avian-like alien to become a mascot for a Major League Baseball team.

The Invaders are here. But did science fiction colonize them first?

Jim Shepard, the author of seven novels, most recently The Book of Aron, has won numerous awards and has been a finalist for the National Book Award. He also teaches creative writing and film at Williams College.

Steven Millhauser, the Pulitzer Prize winning author of Martin Dressler, has written many novels, and is probably best known for his short stories (The Barnum Museum). He teaches at Skidmore College.

Max Apple has been writing short stories (most recent collection The Jew of Home Depot and Other Stories, novels (Zip, The Propheteers), and screenplays (Roommates, The Air Up There) for the last forty years. He still teaches for the University of Pennsylvania.

Amiri Baraka, who has also written as LeRoi Jones, is the Poet Laureate of New Jersey. Baraka has written poetry, plays, fiction, essays and musical criticism. Widely known as a revolutionist and political activist he is the winner of the PEN Open Book Award for Tales of the Out & the Gone.

Jacob Weisman is the editor and publisher at Tachyon Publications, which he founded in 1995. He has been nominated for the World Fantasy Award three times for his work at Tachyon and is the series editor of Tachyon's Hugo, Nebula, Sturgeon, and Shirley Jackson Award–winning novella line.