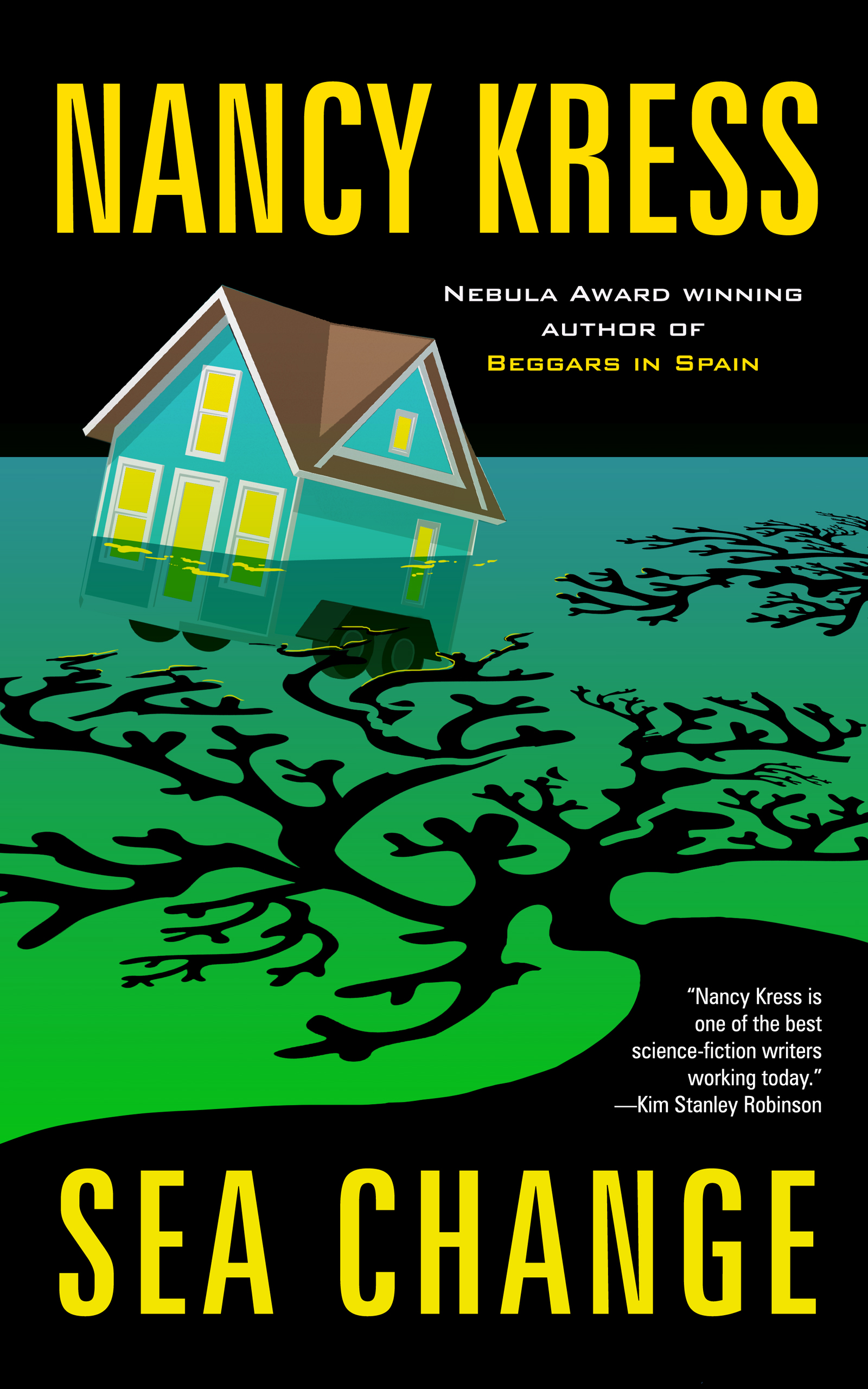 New from the Nebula Award winning author of Beggars in Spain, a riveting climate-change technothriller of espionage, conspiracy, and stakes so high they could lead to the destruction of humanity itself.

“Kress wisely keeps her global catastrophe on a human scale, eschewing superheroic action for tense realism. This urgent, deeply satisfying story is as tenacious and inspiring as its heroine.”—Publishers Weekly

Operative Renata Black has an unusual problem: an ordinary self-driving house. But this particular house, which is causing a traffic snarl, also has the Org’s teal paint on the windowsill.

In 2022, GMOs were banned. A biopharmaceutical drug caused the Catastrophe: worldwide economic and agricultural collapse, and personal tragedy for lawyer Caroline Denton and her son. Ten years later, as Renata Black, she is a member of the Org, an underground group of scientists hunted by the feds. But the Org’s illegal research might just hold the key to rebuilding the worlds’ food supply.

Now there’s a mole in the Org, and Renata is the only one who can find out who it is. Will there be time to reveal the solutions that the world has not been willing to face?

Nancy Kress is the bestselling author of more than thirty science-fiction and fantasy novels and novellas, including Beggars in Spain, Probability Space, and Steal Across the Sky. To date, she has also published more than ten short-story collections and three nonfiction books for Writer’s Digest on the fundamentals of writing. Kress is a six-time Nebula Award winner, including two consecutive awards for her novellas After the Fall, Before the Fall, During the Fall and Yesterday’s Kin. She is also the recipient of the Sturgeon and Campbell awards, as well as two Hugo awards. Her fiction has been translated into nearly two dozen languages, including Klingon. Kress teaches writing at workshops, including Clarion West and Taos Toolbox, as well as at the University of Leipzig in Germany, as a guest professor. Kress lives in Seattle, Washington, with her husband, the author Jack Skillingstead, and Cosette, the world’s most spoiled toy poodle.