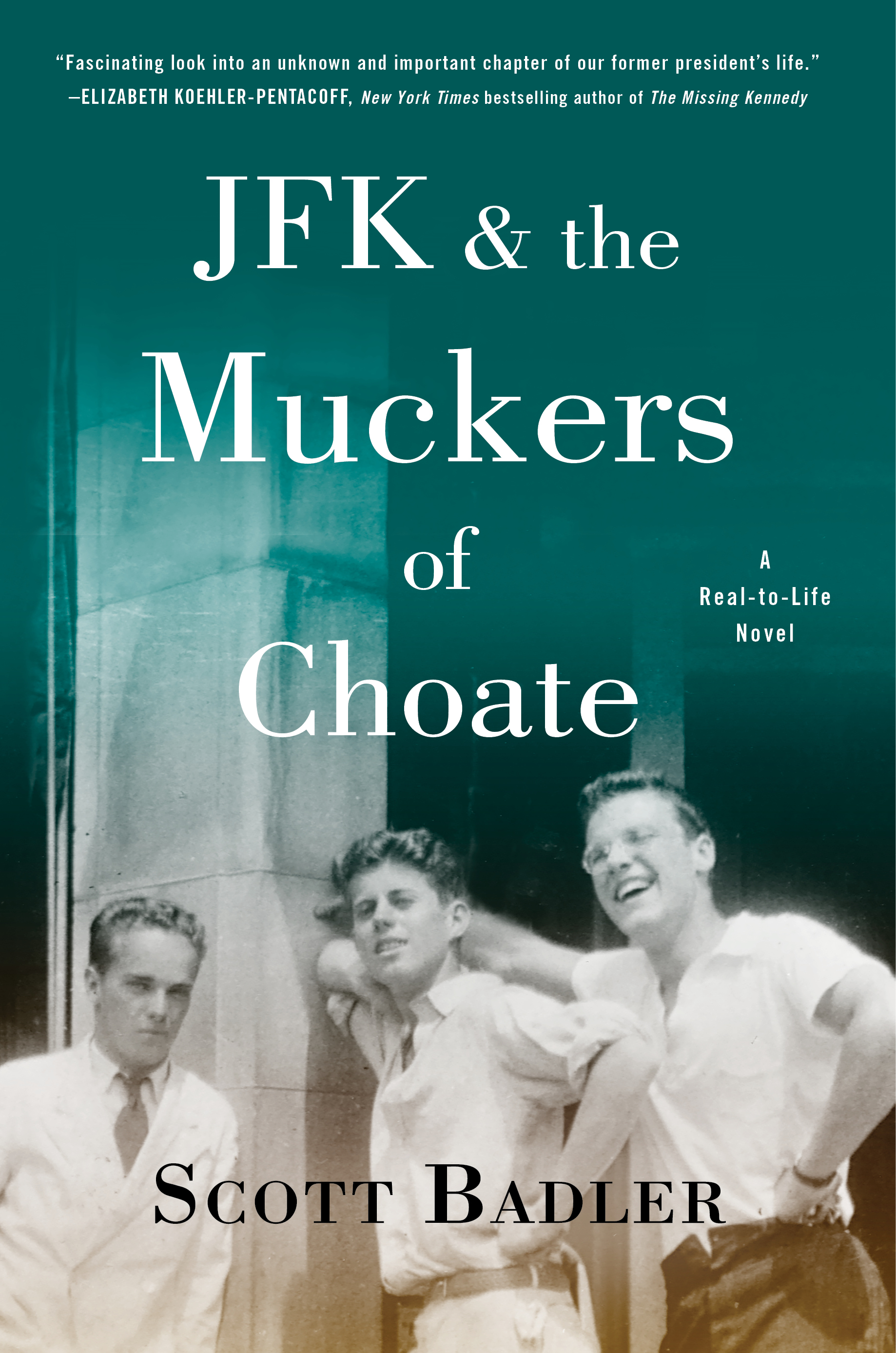 JFK & the Muckers of Choate

In the turbulent times of a young man's high school experience, one must find his way, make himself known to his peers, and most of all, establish himself in the oftentimes hostile world he is trapped in. JFK & the Muckers of Choate takes a look at John F. Kennedy's time in high school at Choate, a preppy, Waspish, all-boys boarding school.

As a Catholic at a time when anti-Catholic sentiment was rampant, JFK finds that his four years in this Connecticut institution are much more jagged, complicated, and high-stakes than he expects. Why? It turns out that the future president actively defied Choate's sometimes authoritarian rulers and, in his own personal rebellion, associated himself with, and led, a number of similarly-minded iconoclasts who wind up as his closest companions, both then and afterward.

JFK's chaotic and adventure-filled high school days, as narrated by JFK himself, not only tell us a great deal about an important, yet largely unchronicled, stop on his rapid journey to the presidency, but, because it's entirely based on real events, offer us a thoroughly enjoyable and illuminating look at a charismatic American icon whom most readers will adore, many for the first time.

Scott Badler has been a newspaper reporter and a regular contributor to such publications as the Boston Globe, where many of his humor pieces appeared. In addition to having had published essays about the Kennedys, political history, and satire, he has written two non-fiction books: What's So Funny About Looking for a Job? and Oh Brother, and Other Revelations on Family, Relatives, Pets, and Sex.

He has taught Humor Writing courses at Harvard and Emerson College.

A native Californian, he was born in Los Angeles but lived in the Greater Boston area for many years, some of them in the district where JFK won his first congressional seat in 1946. A graduate of San Francisco State University, and the holder of an M.Ed. degree from Cambridge College, he currently resides in the San Francisco Bay Area. This is his first novel.