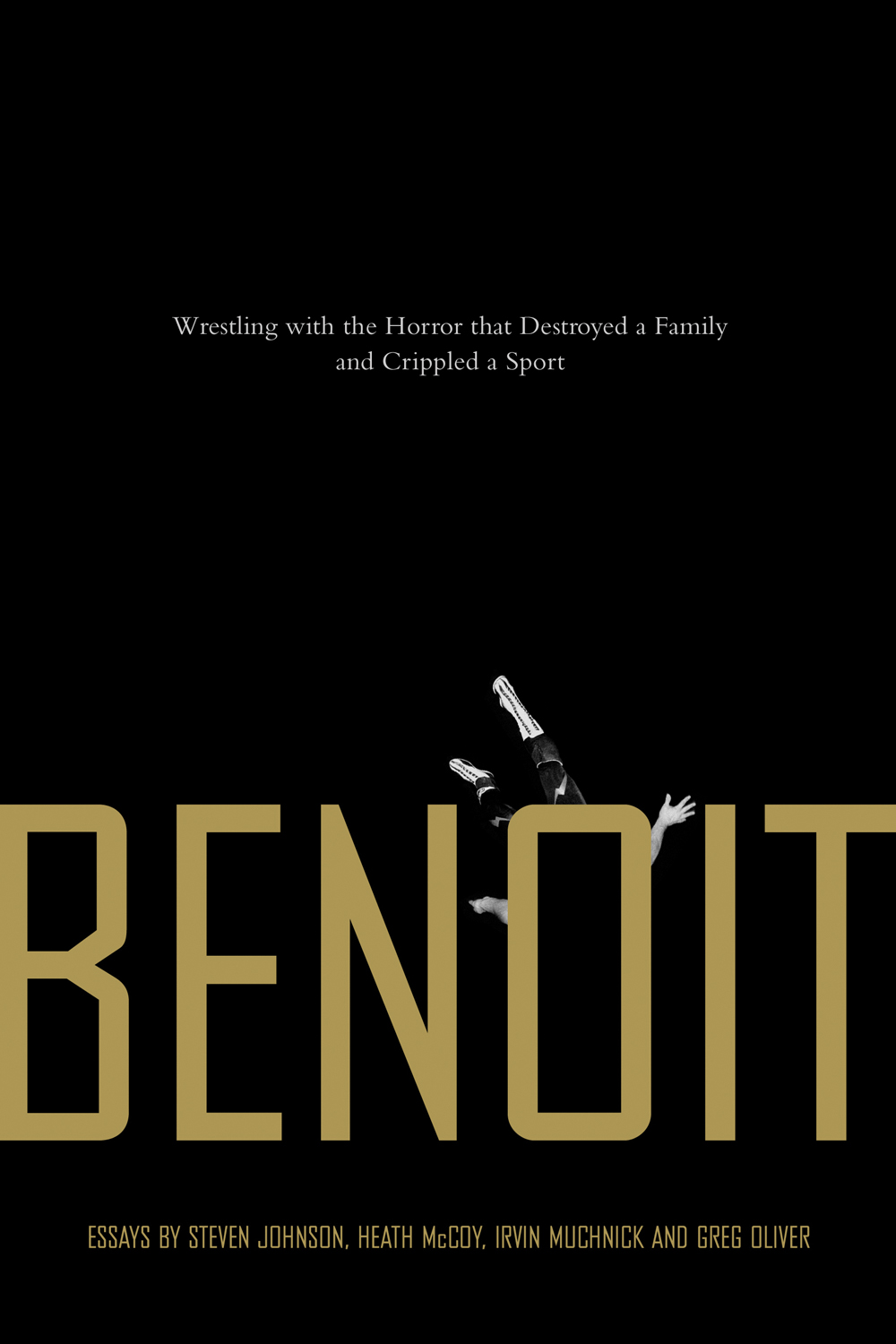 In the wake of the horrific double-murder suicide, four noted wrestling writers grapple with the life and death of Chris Benoit in this book by Steven Johnson, Heath McCoy, Irvin Muchnick, and Greg Oliver, all respected investigative journalists committed to looking at this terrible event with integrity and passion. All four authors have been interviewed extensively about the Benoit situation, including by CNN and Fox. The book will discuss the subject from distinct perspectives: The media’s coverage of the story and the role of the media in the story itself will be covered by Steven Johnson. Heath McCoy establishes the facts of the case and examines Benoit’s Alberta wrestling roots. Irvin Muchnick gives his opinion on the pop-cultural relevance and the place of this tragedy in wrestling’s dark history. Greg Oliver discusses the Benoit story in the context of the pro-wrestling industry and personal correspondence with Benoit.

Steven Johnson is co-author of The Pro Wrestling Hall of Fame series with Greg Oliver. Johnson holds a Ph.D. from the University of Virginia and has received several awards for investigative and general news reporting. He lives in Springfield, VA. Heath McCoy is a pop culture reporter and rock critic for the Calgary Herald. He is the author of the forthcoming book, Pain and Passion: The History of Stampede Wrestling (ECW, October 2007). Irvin Muchnick has written about a variety of subjects including wrestling for many publications, including the Village Voice and The New York Times. His new book, Wrestling Babylon: Piledriving Tales of Drugs, Sex, Death and Scandal, was released by ECW in April 2007. Greg Oliver is a writer and editor from Toronto. Oliver has covered professional wrestling for 20 years through the Slam! Wrestling Web site, the Canadian Wrestling Report newsletter, magazines and newspapers. With Steven Johnson, he has written The Pro Wrestling Hall of Fame series.