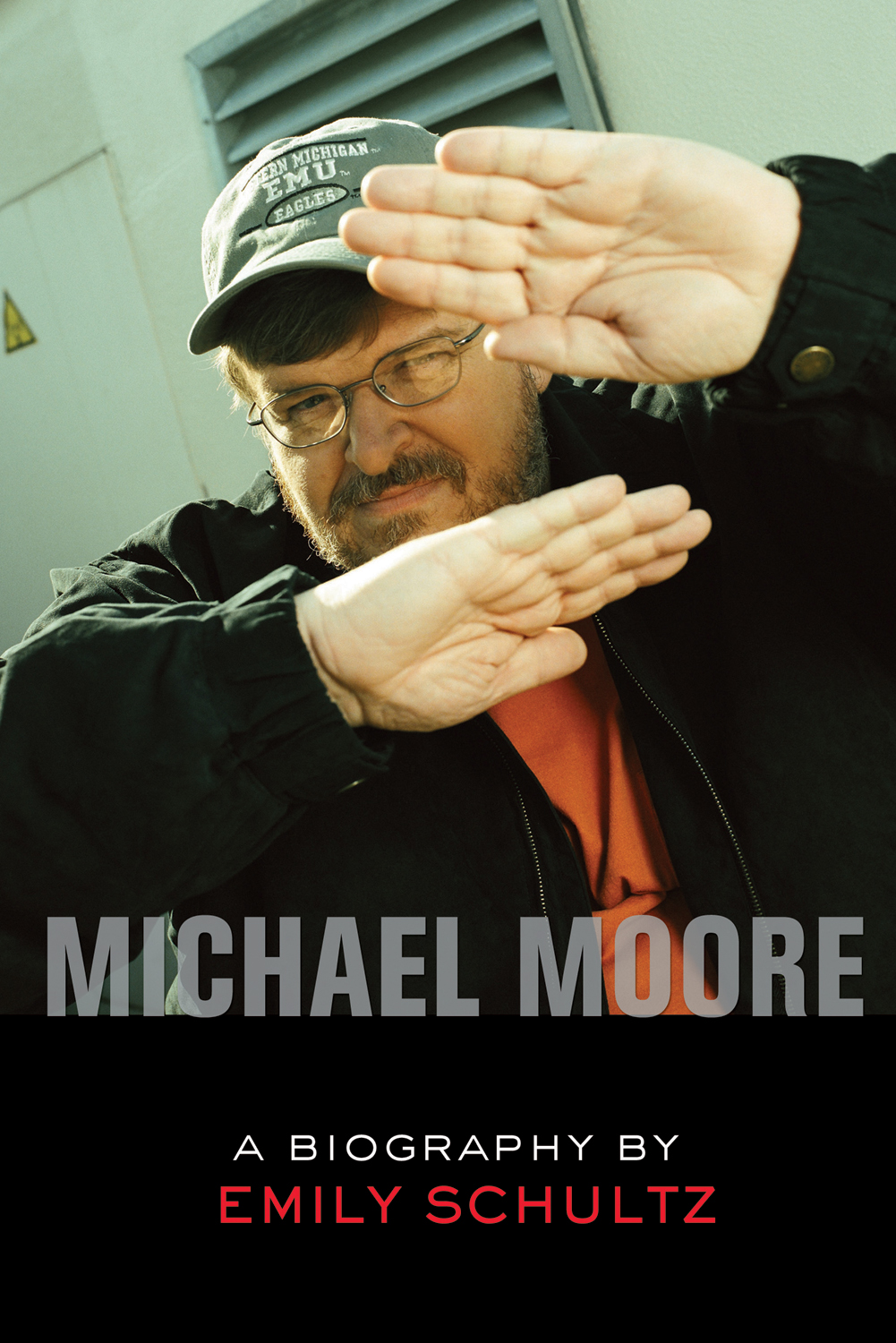 Love him or hate him, the world over cannot ignore Michael Moore. Left and right can both agree that this son of a Flint autoworker has single-handedly revitalized liberal politics, and turned his unique style of political filmmaking into an expectation-defying brand. But long before he shocked the nation on the Academy Awards stage, he was picking fights with everyone from big business to friends and compatriots. Without an agenda to prove Moore right or wrong, Michael Moore by Emily Schultz is the first book to tell Moore’s life story—from the shy Eagle Scout to the most vocal critic of the Bush Presidency. Moore’s detractors on both sides of the fence claim that he flubs facts, personally and professionally. Schultz sorts truth from lies with in-depth research and interviews, and presents a man honestly passionate and professionally conflicted. In his cap and windbreaker—always aware of the power of media—Moore has spent a life refining his image as the everyday rebel. He is a man who, at age 18, ran for the local school board so he could fire his principal, and who spent three years suing a magazine where he worked for two issues. With information never before revealed, Schultz looks into Moore’s mysterious and disastrous jump from local muckraker to editor of Mother Jones, the runaway success of his first film Roger & Me, and the scandal it caused that lost him an Oscar. Regardless of scandal, Roger & Me became his ticket from his economically devastated hometown of Flint to Hollywood. Was he a hero or villain for his portrayal of the death of small town America? The people of Flint were as divided as the rest of the world would soon be. As the ’90s saw Moore becoming a powerhouse television producer of the cult hit TV Nation, and a best-selling author, the contradictions between success and his roots became ever more apparent. Is the ball cap and jeans uniform incongruous with his Upper West Side Manhattan life? With Fahrenheit 9/11 catapulting Moore to the front of pop cultural recognition, many from his past say that the line between the man and the myth has vanished. Moore has spent his life walking that line, and Schultz has written an incisive account that lets readers see beyond the myths surrounding one of the most important public figures of our age.

Emily Schultz is an award-winning writer and editor living in Toronto. Her other books include Black Coffee Night and the forthcoming novel Joyland. She is currently the editor of This Magazine.