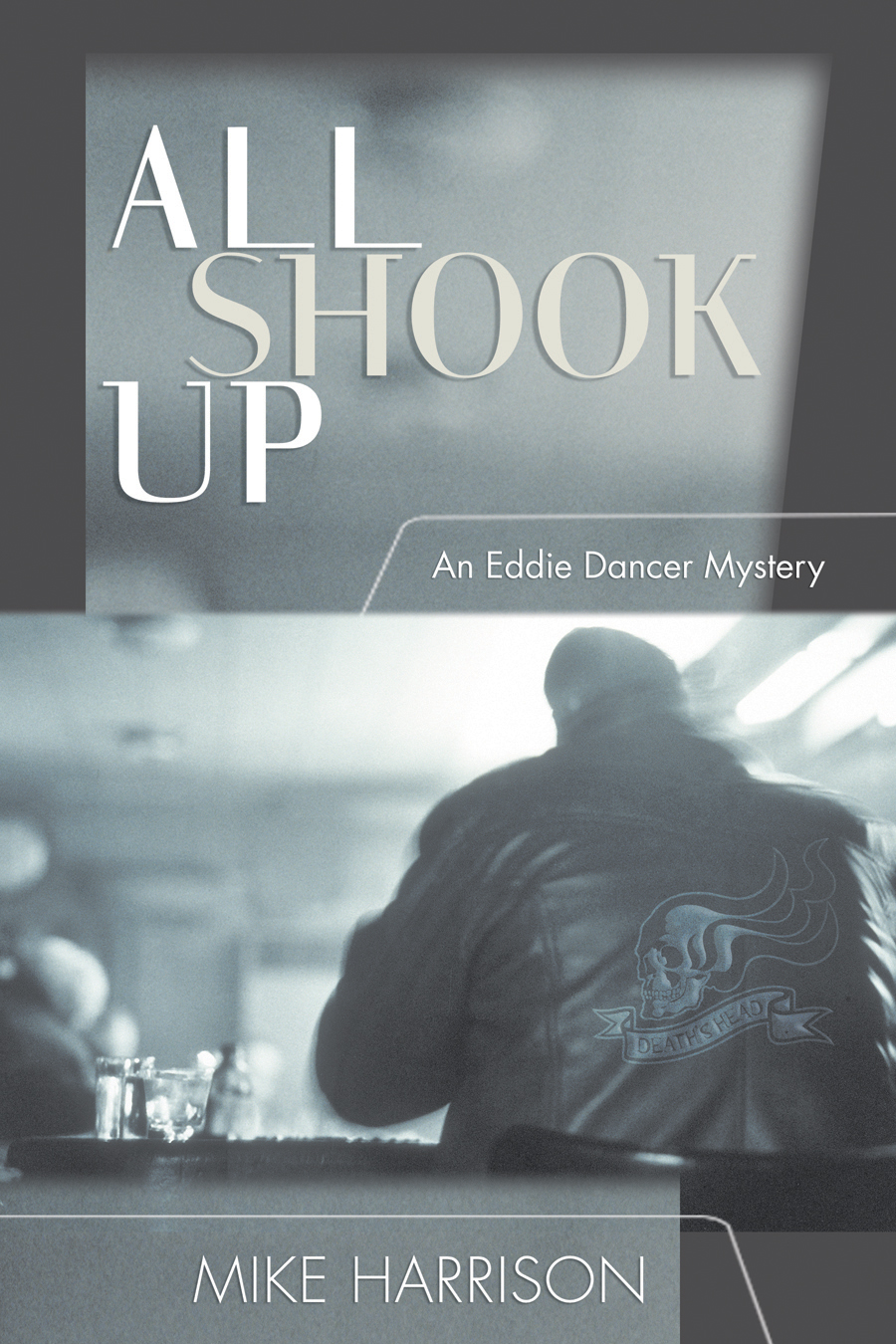 All Shook Up is a fast-paced, hard-edged, energetic page-turner featuring Eddie Dancer ? Canada’s newest and toughest private eye who might have learned his craft at school with Robert B. Parker’s Spenser, Robert Crais’ Elvis Cole, or Lawrence Sanders’ Archy McNally. Two years as a city cop have convinced Eddie he’s better off working for himself. When he’s hired to track down a tough, professional bank robber, Eddie has no idea he’s about to pry the lid off a very nasty cans of worms ? worms who will stop at nothing to put him in the ground. When he runs up against a pair of disgraced ex-bikers, he uncovers a macabre connection between the ex-bikers and the ?fate worse than death” that has befallen many of the city’s hookers ? a fate that leaves them, irreversibly, in a vegetative state. Eddie wonders if he has bitten off more than he can chew, but with the help of his friend Danny ?Many Guns,” Eddie uncovers evidence of a major conspiracy stretching from the city’s back streets and tattoo parlours to the very top of the prison system food chain. Will Danny save his friend and partner from the ?fate worse than death,” or will the bad guys finally get their revenge on the man who’s exposed them? All Shook Up is the first in the Eddie Dancer series ? a fast read that mixes humour with a memorable plot, an impressive array of characters, and enough twists to keep pages turning to the very end.

Mike Harrison is a former journalist and freelance investigator. He lives in Edmonton, Alberta.