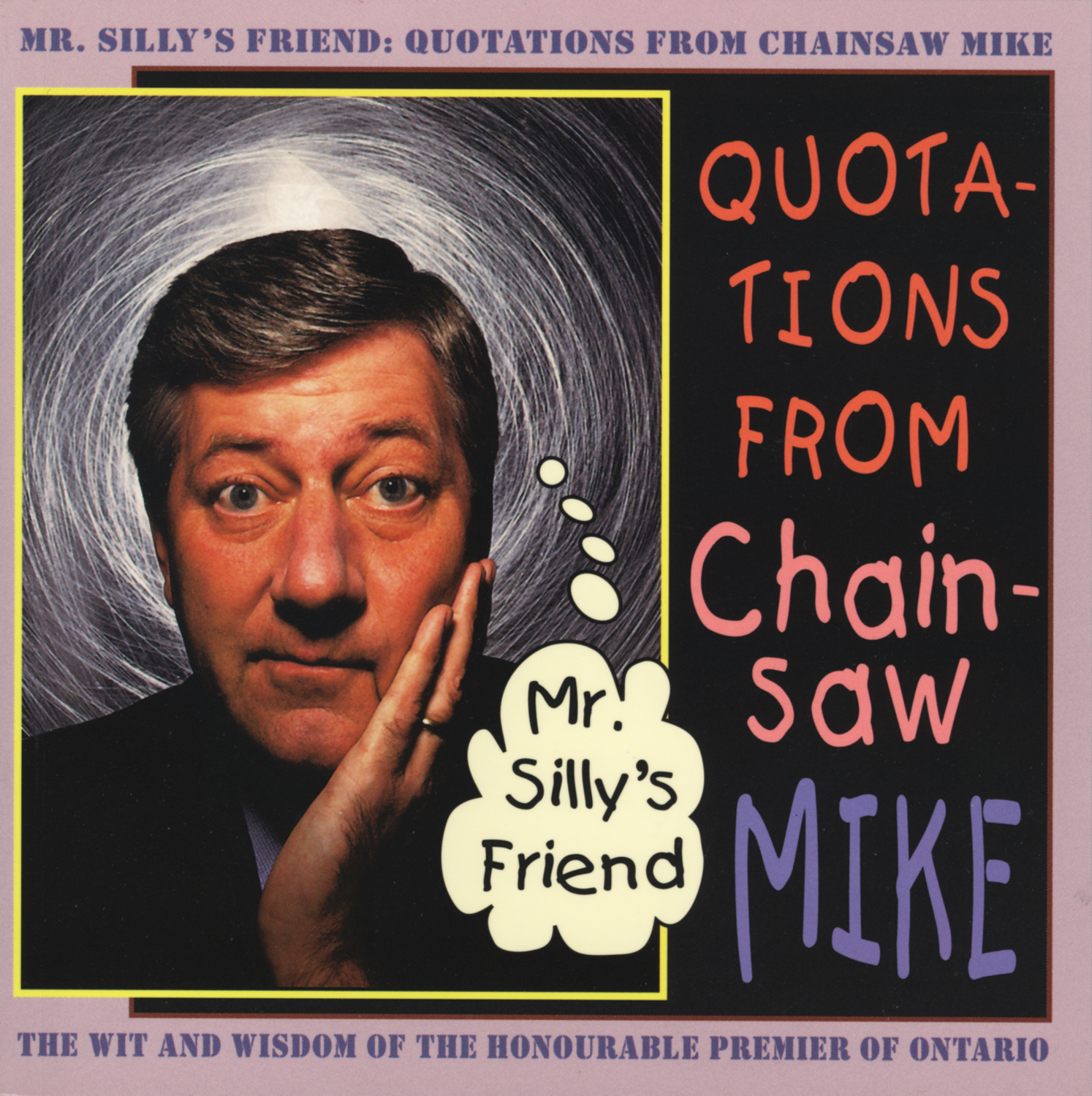 Film-critic Mike: "I'm looking to be entertained, not to be taught anything." His Minister of Transportation is an ex-used car salesman and his first Minsiter of Education never completed high school, so Ontarians should feel safe in the hands of Chainsaw Mike Harris. After all, Ontario's premier is able to support everything he does by a few words of wisdom here and there. In Mr. Silly's Friend: Quotations from Chainsaw Mike, ECW PRESS has gathered the most precious of Mike's verbal gems in one volume. Mr. Harris explains his reasons for slashing everything from health care to education funding, and proves that you don't have to read fine literature--or even know what you're talking about--to become the leader of a province.  "Harris is struggling to overcome his image as 'Chainsaw Mike,' as he's been dubbed by Premier Bob Rae. 'I'm a sensitive person,' he said yesterday. 'I hurt. I care.' But he said he expects 'vicious personal attacks' to continue."  (Toronto Star, 20 November 1996)   Wise Mike: "Sometimes too much knowledge is a dangerous thing, almost, in some areas, in my view." Film-critic Mike: "I'm looking to be entertained, not to be taught anything.'

LLOYD MACKEY is a western-based journalist who has covered politics, religion, and business in Canada for thirty years as a reporter, editor, columnist, and publisher. An evangelical Christian himself, he has watched the Manning family from the age of twelve, when he send $1.23 of his newspaper route earnings to Ernest Manning.