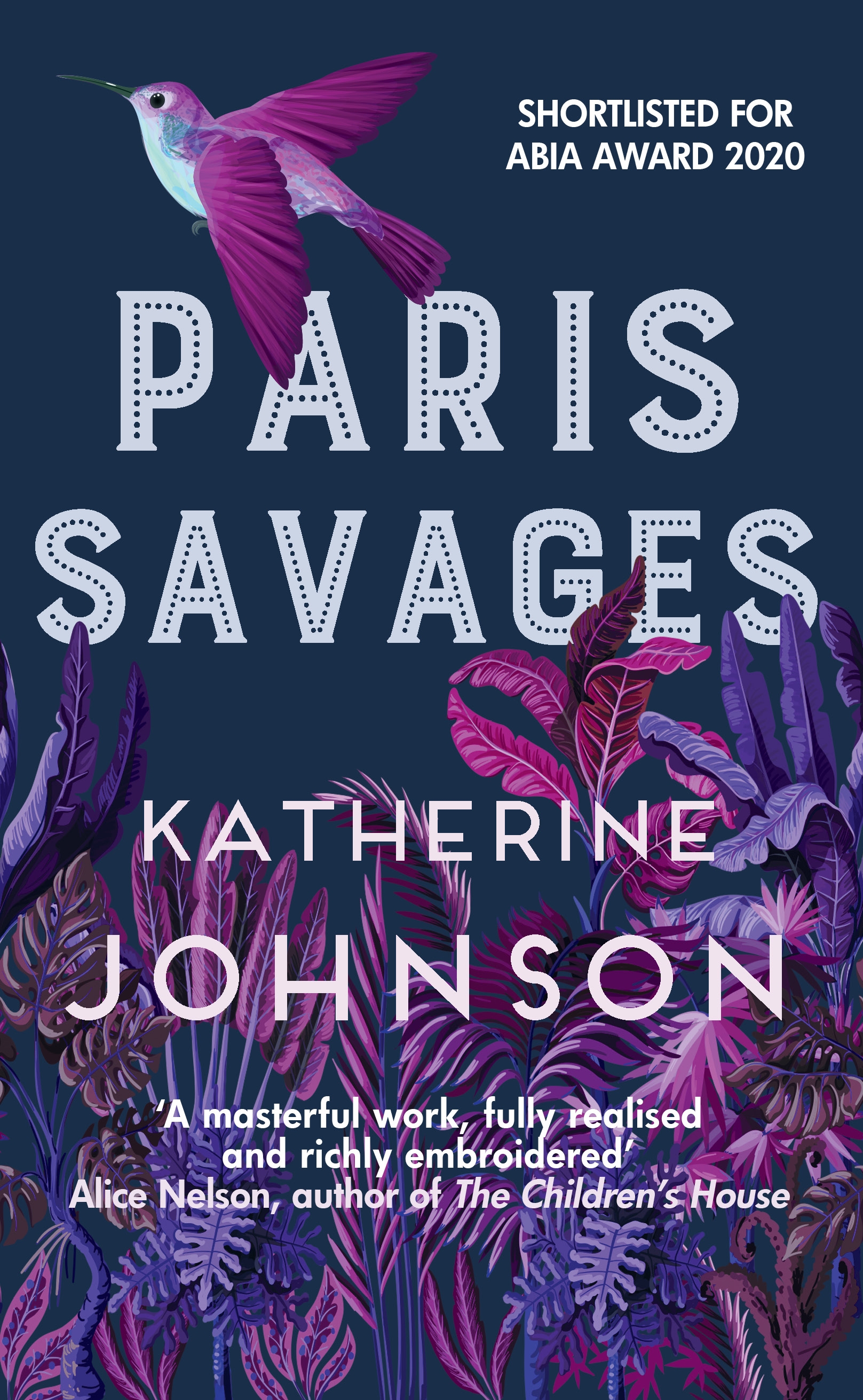 Fraser Island, Australia, 1882. Following a series of brutal massacres, the population of the Badtjala people is in sharp decline. When German scientist Louis Müller offers to sail Bonny, Jurano and Dorondera to Europe to perform to huge crowds, Bonny agrees, hoping to bring news of his people’s plight to Queen Victoria. Accompanied by Müller’s bright daughter, Hilda, the group begins their journey to belle-époque Europe to perform in Berlin, Paris and eventually London.

But the attention from the hungry crowds is relentless and invasive, and the fascination of scientists physically intrusive. When disaster strikes and Bonny is stranded, he must somehow find his own way home.

KATHERINE JOHNSON lives in Tasmania with her husband and two children. She is the author of three previous novels and her manuscripts have won Varuna Awards and the Tasmanian Premier’s Literary Prizes. She recently completed a PhD, which forms the basis of her latest novel, Paris Savages.