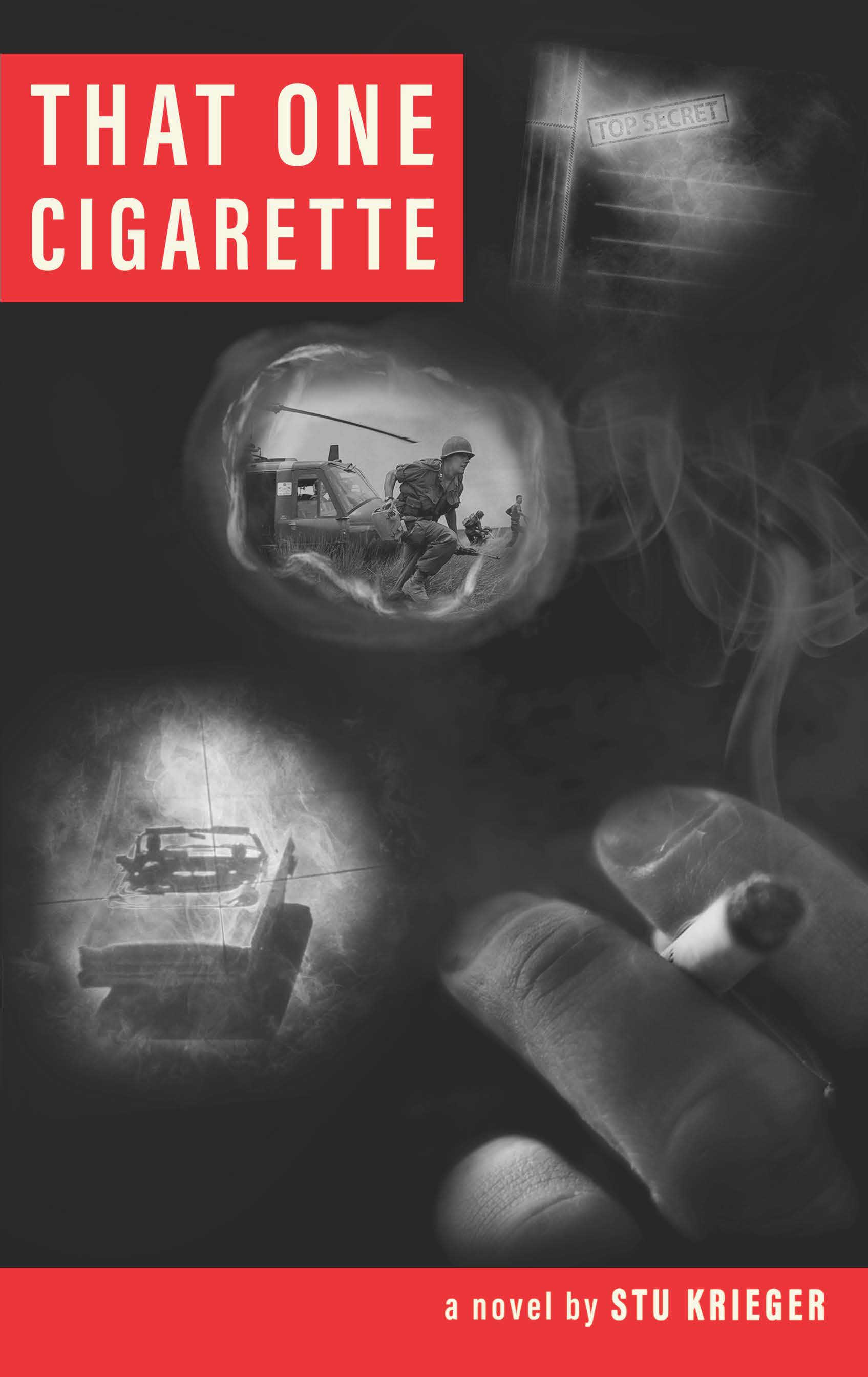 A story of ordinary people making extraordinary ripples in the ocean of life, That One Cigarette is a counterfactual history novel following four families from November of 1963 to January of 2009. In November '63, Ed Callahan is an assistant manager at the Texas School Book Depository in Dallas. His promise to his wife to quit smoking as soon as he finishes the pack in his pocket ends up changing the course of events on November 22. The fallout of this action alters the lives of the Scott family in Rochester, New York, the Kaufman/Goldman family in Los Angeles and the extended Kashat family in Baghdad, Iraq. It's not until the final chapters that all of these lives intersect, but along the way, That One Cigarette explores questions of fate, love, loyalty and the ability of each of us to make defining contributions to our world by simply being present in our own lives.

Stu Krieger is an acclaimed screen and television writer making his debut as a novelist with That One Cigarette. He is currently a professor of screen and television writing in the University of California, Riverside’s Department of Theatre, Film & Digital Production and in the Creative Writing for the Performing Arts MFA Program at UCR. Each fall, he also teaches the Producing the Screenplay class at USC’s Peter Stark MFA Producing Program. Krieger co-wrote the Emmy award winning mini-series A Year in the Life and was nominated for a Humanitas Prize for co-writing the Disney Channel original movie, Going to the Mat. Among his more than 25 produced credits, Krieger wrote the animated classic The Land Before Time for producers Steven Spielberg & George Lucas and ten original movies for the Disney Channel, including Zenon: Girl of the 21st Century and its two sequels, Tru Confessions, Smart House, Phantom of the Megaplex, and Cow Belles. He has been a story editor and writer on Spielberg’s Amazing Stories and the supervising producer on the ABC Television series Jack’s Place. He served as the head writer and story editor of the animated preschool series Toot & Puddle on Nickelodeon in 2008-2009. His first full-length play, Chasing Smoke, debuted in a staged reading at Garry Marshall’s Falcon Theatre in Burbank in July 2014. His short film script Bad Timing was produced by the UCR Department of Theatre, Film & Digital Production in 2016. He is an Executive Producer on “The Binding,” a 2016 feature film written and directed by his son, Gus Krieger and also served as an Executive Producer on “My Name is Myeisha,” Gus’s second feature film which Gus co-wrote with UCR TFDP Professor Rickerby Hinds, based on Professor Hinds’ play, “Dreamscape.” “Myeisha” was shot on location in Riverside in October 2016. Mr. Krieger’s TEDx Talk, “Choose Joy,” can be viewed at: http://www.youtube.com/watch?v=2v02wrQ-OSA On April 22, 2017, Stu Krieger will receive a Lifetime Achievement Award in Screenwriting at the opening night gala of the 2017 Riverside International Film Festival.