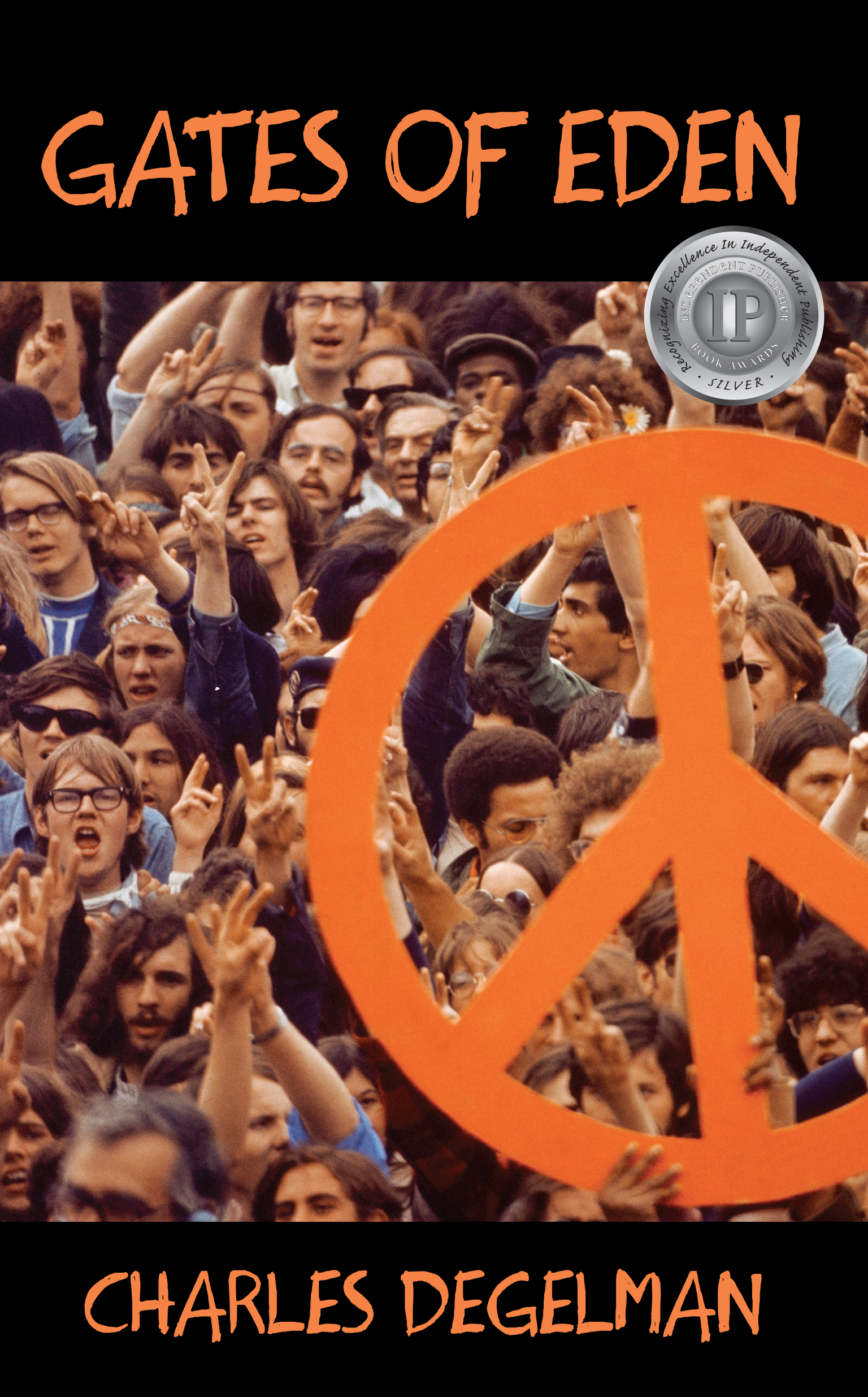 Silver Medalist, Historical Fiction, 2012 Independent Publishers Book Awards Gates of Eden follows a handful of young rebels as they band together to create the most powerful antiwar movement in history. From their scattered beginnings through a surge to resistance, Gates' colorful characters invite us to join them as they transform “hell no, we won't go,” into a celebration of collective action, shared consciousness, sexual revolution, and the realization of their dreams.