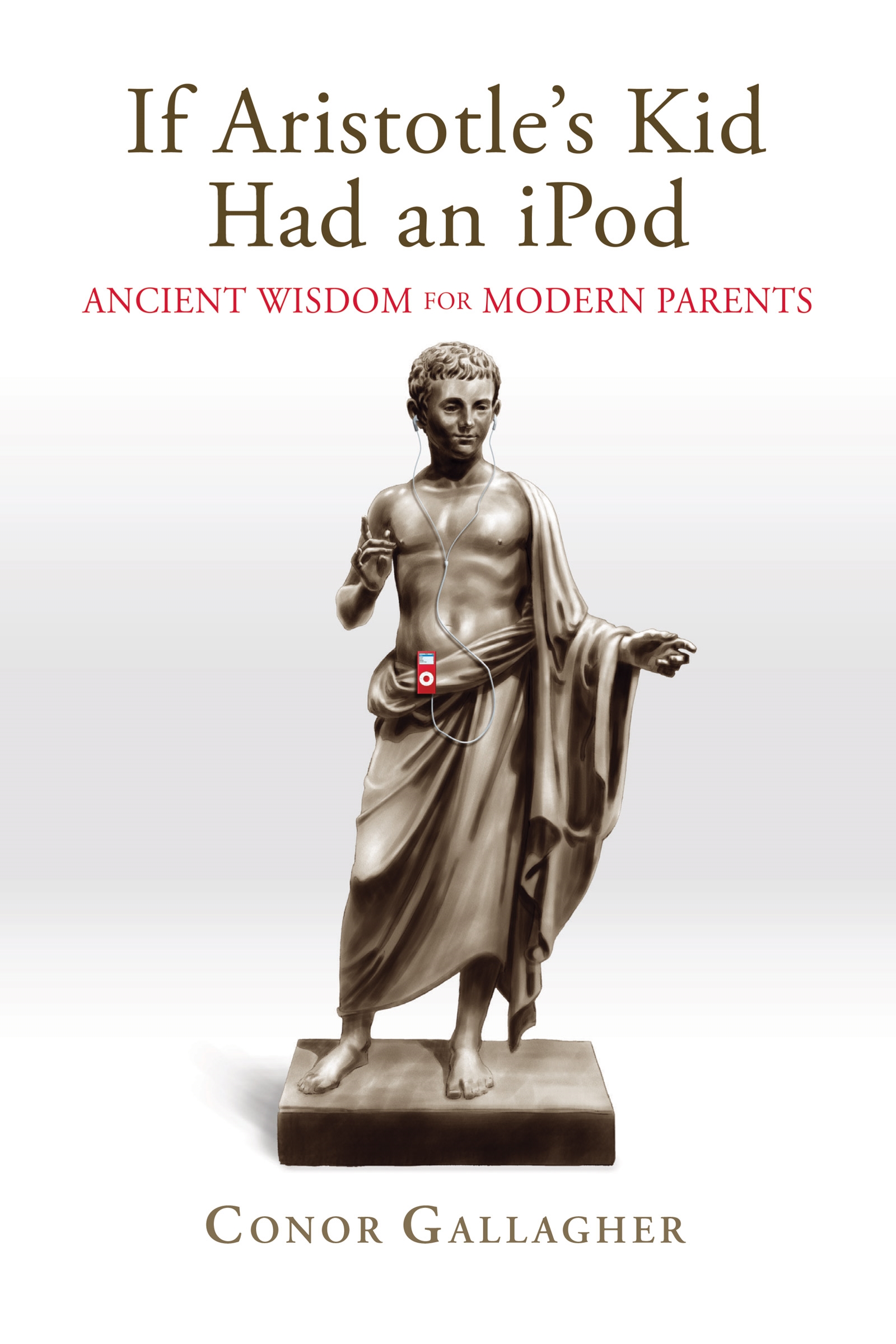 If Aristotle’s Kid Had an iPod

You've never seen Aristotle like this! In If Aristotle's Kid Had an iPod: Ancient Wisdom for Modern Parents, Conor Gallagher dusts off Aristotle's Ethics and reveals a vibrant, illuminating philosophy no less powerful and profound than when it was first penned. Aristotle's philosophy of man has endured for millenia. The truth of Aristotle's insights has been acknowledged by saints and scholars, illustrated in literature and pop culture, even empirically demonstrated by modern science. But you've never seen it like this. Inside you'll discover: - What the Dog Whisperer, Tony Robbins and Siegfried and Roy have to with Aristotle (and your kid!) - What Aristotle says about parental outsourcing - Why you should tell your kid to "Get Lost" - What the Beatles and Bill Gates can teach your kid (and you) about virtue - How to help your kid navigate the social world of Facebook - Why tweeting isn't real conversation - And, of course, what would he listen to if Aristotle's kid had an iPod? Gallagher masterfully weaves Aristotle, scientific studies, pop culture, and parenting tales together making If Aristotle's Kid Had an iPod: Ancient Wisdom for Modern Parents a funny, rich, and informative read, and an indispensible guide for any parent who wants to pass on the secrets of a happy life to their kids.

Conor Gallagher earned both his Masters in Philosophy and Juris Doctorate from The Catholic Univeristy of America. He began his professional career as a Law Clerk to the Honorable Robert J. Conrad, Chief Judge of the Western District of North Carolina. He has been an adjunct Professor of Philosophy and Political Philosophy at Belmont Abbey College. He is currently Vice President of Publishing of Saint Benedict Press and TAN Books, and Executive Producer of Catholic Courses. He and his wife Ashley, are the proud parents of eight great children. Conor and his family live in Fort Mill, South Carolina.