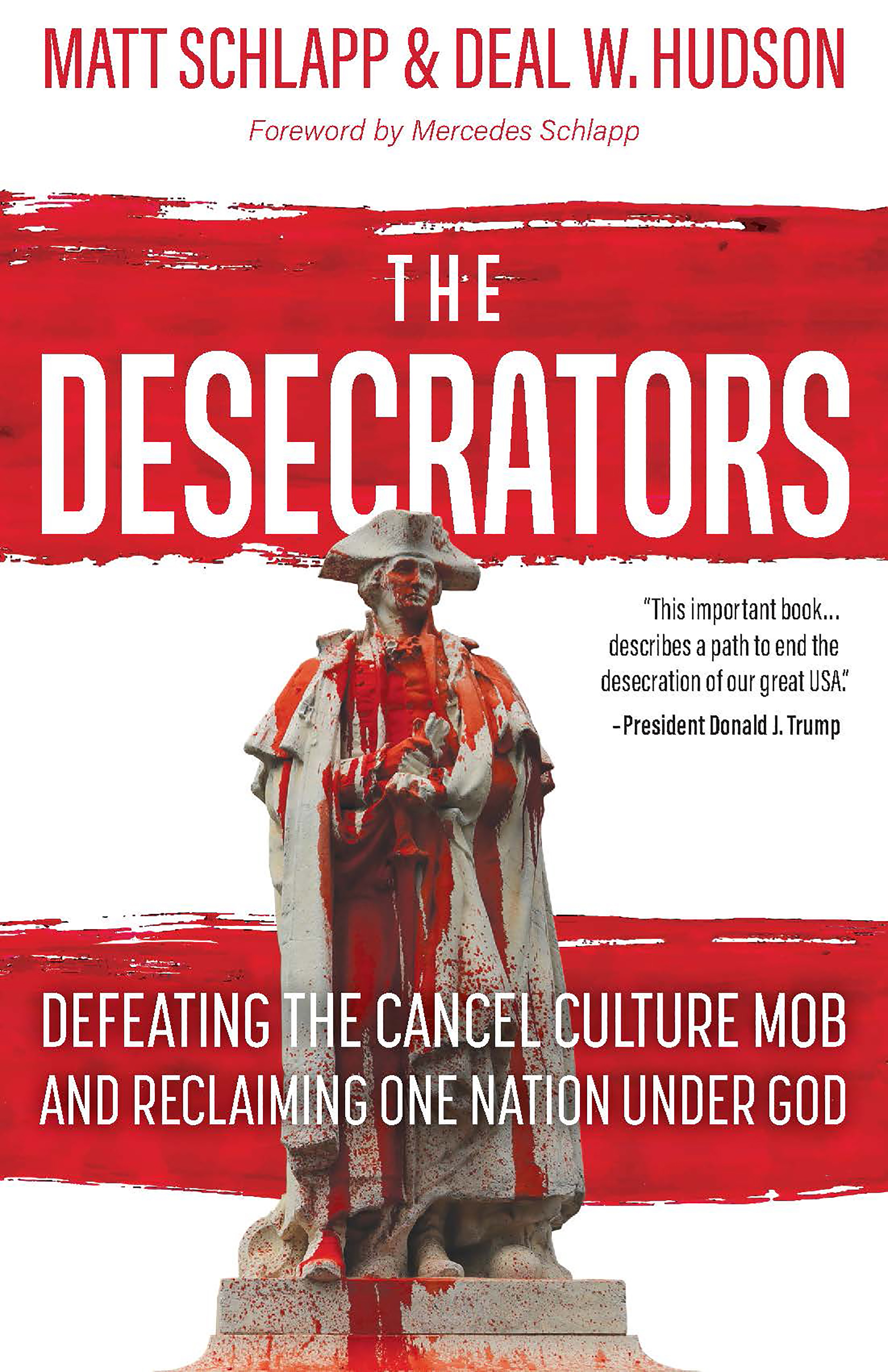 Defeating the Cancel Culture Mob and Reclaiming One Nation Under God

The enemy is no longer hidden in the dark but instead operates in broad daylight. Its attacks on Americans are clear and intensifying: cancel culture, wokeness, public shaming, urban violence, “whiteness,” and critical race theory. The enemy also seeks to undermine the sacredness of human life, failing to provide basic protection for the lives of the unborn. This enemy is called the Desecrators. The Desecrators tear down not only monuments but human nature, the biblical-natural conception of marriage, the family, parental rights, fact-based education, traditional moral values, and the Church. The Desecrators are taking over the media, publishing, educational institutions, corporate boards, labor unions, amateur and professional sports, foundations, and professional associations ranging from the American Medical Association to the Chamber of Commerce. They leave nothing untouched.

In this powerfully provocative book, Deal W. Hudson and Matt Schlapp provide firsthand accounts of the Desecrators' actions and intentions, including their remarkably angry and uncharitable treatment of President Donald Trump, which Hudson and Schlapp uniquely observed. The authors also describe how Catholics have been stifled for years because many bishops have failed to confront pro-abortion Catholic politicians. But fortunately, there is hope. As Hudson and Schlapp lay bare the Desecrators' path of destruction, they also lay out a plan for the faithful to turn things around. Here is a book that will embolden all people of faith and good will to make their voices heard once again in the public square and political realm by countering the enemy with reason, faith, and hope. Here is a vision to build up rather than tear down.

Matt Schlapp is married to Mercedes Schlapp, and they are raising five daughters outside of Washington, DC. Matt is Chairman of CPAC, which hosts the largest annual political conference in America and has brought CPAC to Japan, Australia, Korea, and Brazil, with plans to ramp up in Jerusalem, Hungary, and many other countries. CPAC scores the votes of all elected legislators and engages in politics and media regularly. Schlapp is a conservative voice who battles on all major media platforms and advises conservative elected offices across the country.

Deal W. Hudson, Ph.D. is the host of Church and Culture on the Ave Maria Radio Network. Hudson is the former editor of Crisis Magazine and former head of Catholic Outreach for the presidential campaigns of George W. Bush. A convert to Catholicism at the age of 34, Hudson taught philosophy for fifteen years before entering the world of Catholic publishing and politics.