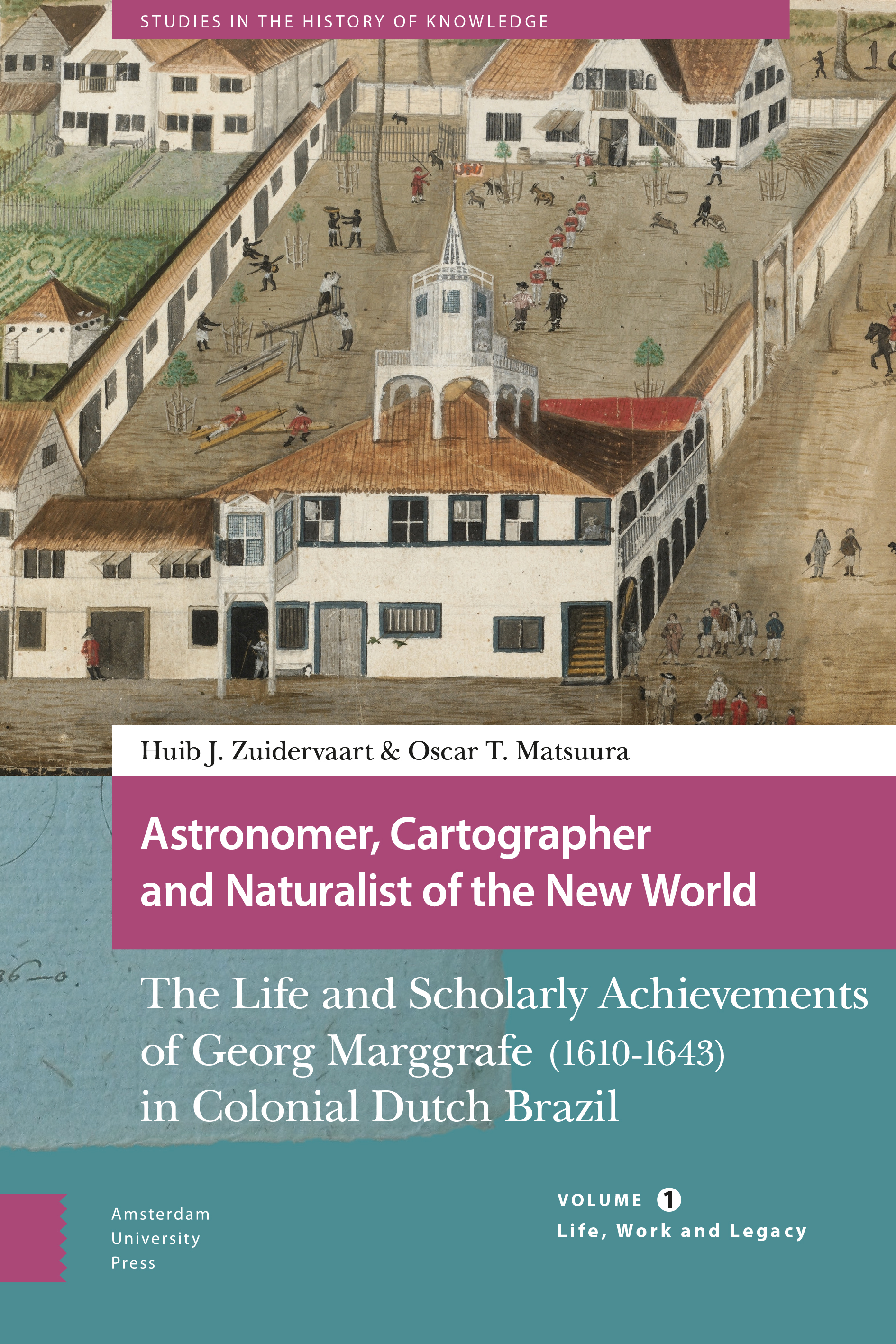 Astronomer, Cartographer and Naturalist of the New World

This volume, Volume 1, presents Marggrafe’s stunning biography. Volume 2 consists of a text edition of his astronomical legacy, prepared for the printing press in the 1650s, but only now finalized and published.

Georg Marggrafe (1610-1643) is today hailed as the principal author of an influential account of the natural history of Northern Brazil and as compiler of the first accurate map of the area, which is considered as one of the most elegant products of seventeenth-century Dutch cartography. But initial he had the ambition to become known in astronomy. With the support Johan Maurits van Nassau-Siegen, then governor-general of colonial Dutch Brazil, he built in Recife the first European-style astronomical observatory on the South-American continent, where he systematically charted the southern stars. He intended to supplement the famous astronomer Tycho Brahe, who charted the Northern sky half a century before. But Marggrafe’s untimely death (and the negligence of a Leiden professor) prevented the publication of his valuable observations. As a result, Marggrafe did not achieve fame in astronomy, but instead became famous for his equally remarkable other achievements.