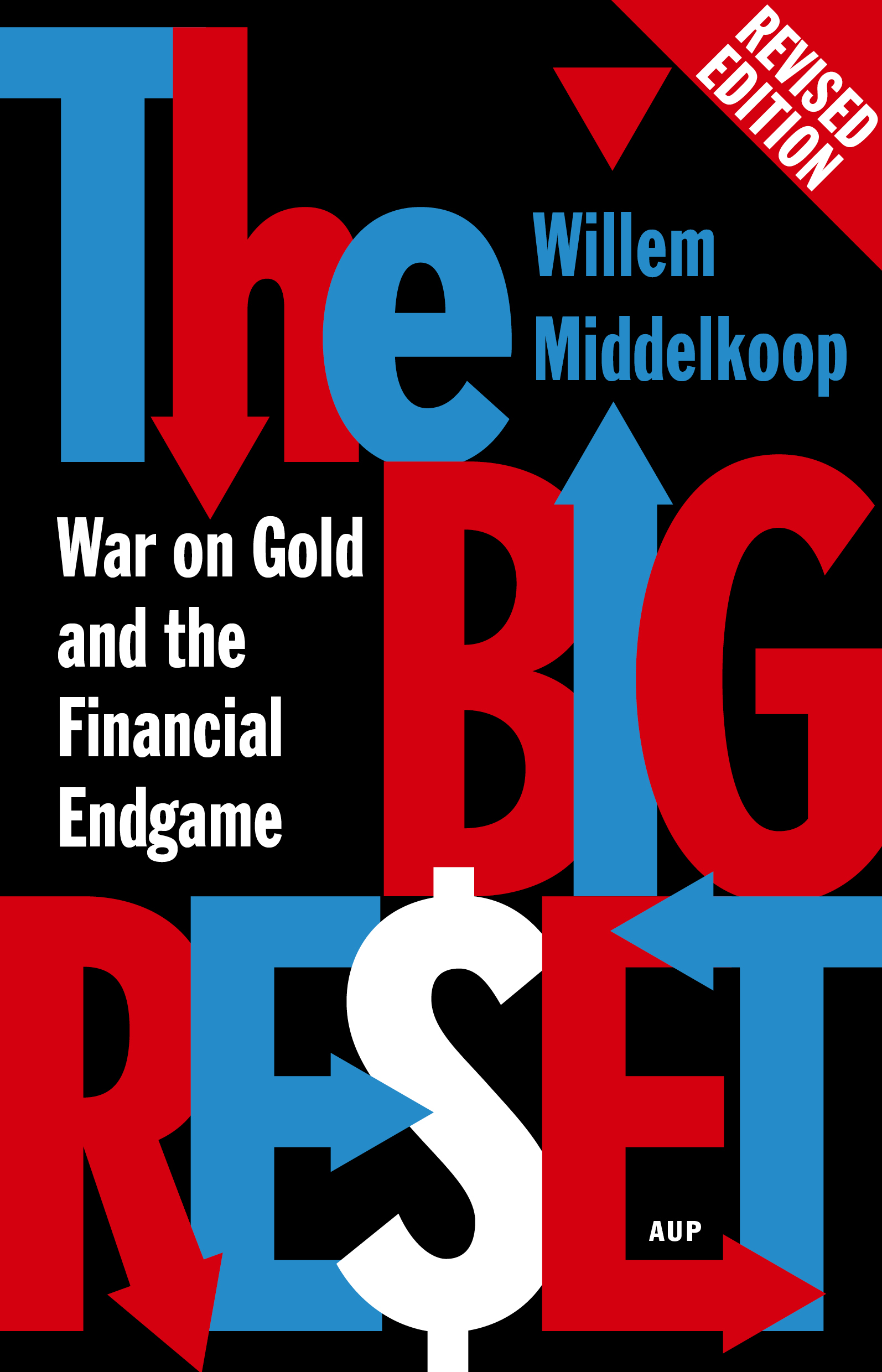 War on Gold and the Financial Endgame

"Willem Middelkoop and The Big Reset is right in the thick of the action! Great book; awesome statistical reference to go along with the analysis.
- James Rickards on the first edition. Rickards is the author of The Death of Money and Currency Wars, a National Bestseller.

A system reset seems imminent. The world's financial system will need to find a new anchor before the year 2020. Since the beginning of the credit crisis, the US realized the dollar will lose its role as the world's reserve currency, and has been planning for a monetary reset. According to Willem Middelkoop, this reset will be designed to keep the US in the driver's seat, allowing the new monetary system to include significant roles for other currencies such as the euro and China's renminbi.

PREPARE FOR THE COMING RESET
In all likelihood gold will be re-introduced as one of the pillars of this next phase in the global financial system. The prediction is that gold could be revalued at $ 7,000 per troy ounce. By looking past the American 'smokescreen' surrounding gold and the dollar long ago, China and Russia have been accumulating massive amounts of gold reserves, positioning themselves for a more prominent role in the future to come. The reset will come as a shock to many. The Big Reset will help everyone who wants to be fully prepared.

This fully revised edition of Middelkoop's book takes into account developments since its original publication, which have only strengthened the case for the coming return of gold.

Willem Middelkoop (1962) is founder of the Commodity Discovery Fund and a bestselling author, who has been writing about the world's financial system since the early 2000s. Between 2001 and 2008 he was a market commentator for RTL Television in the Netherlands and also appeared on CNBC. He predicted the credit crisis in his first bestseller in 2007.