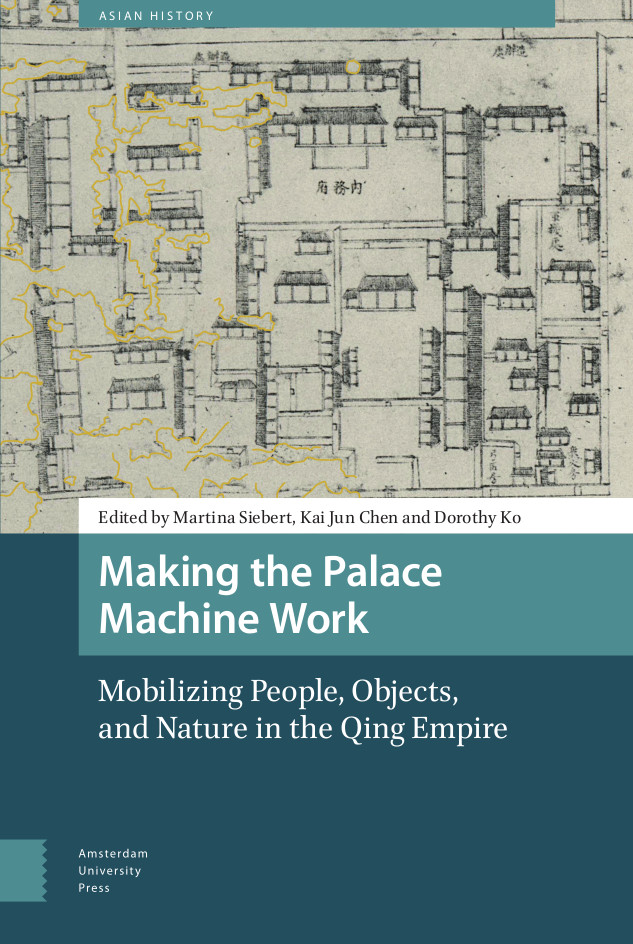 Mobilizing People, Objects, and Nature in the Qing Empire

Making the Palace Machine Work: Mobilizing People, Objects, and Nature in the Qing Empire brings the studies of institutions, labour, and material cultures to bear on the history of science and technology by tracing the workings of the Imperial Household Department (Neiwufu) in the Qing court and empire. An enormous apparatus that employed 22,000 men and women at its heyday, the Department operated a "machine" with myriad moving parts. The first part of the book portrays the people who kept it running, from technical experts to menial servants, and scrutinises the paper trails they left behind. Part II uncovers the working principles of the machine by following the production chains of some of its most splendid products: gilded statues, jade, porcelain, and textiles. Part III examines the complex task of managing living organisms and natural environments, including lotus plants grown in imperial ponds in Beijing, fresh medicines sourced from disparate regions, and tribute elephants from Southeast Asia.

Martina Siebert works as subject librarian at the East Asia department of the Staatsbibliothek zu Berlin and as independent scholar. She researches and publishes on the history of Chinese exploration into nature and technology with a focus on the styles and agendas of presenting and organizing that knowledge in writing.Kai Jun Chen is Assistant Professor at Brown University. The author of a forthcoming monograph on the technocratic culture in the Qing Imperial Ceramic Industry, he specialises in the history of imperial institutions, handicraft technology, and material culture studies.A native of Hong Kong, Dorothy Ko is Professor of History at Barnard College, Columbia University. She is a cultural historian of early modern China whose research and publication focus on gender, technology, and material culture.