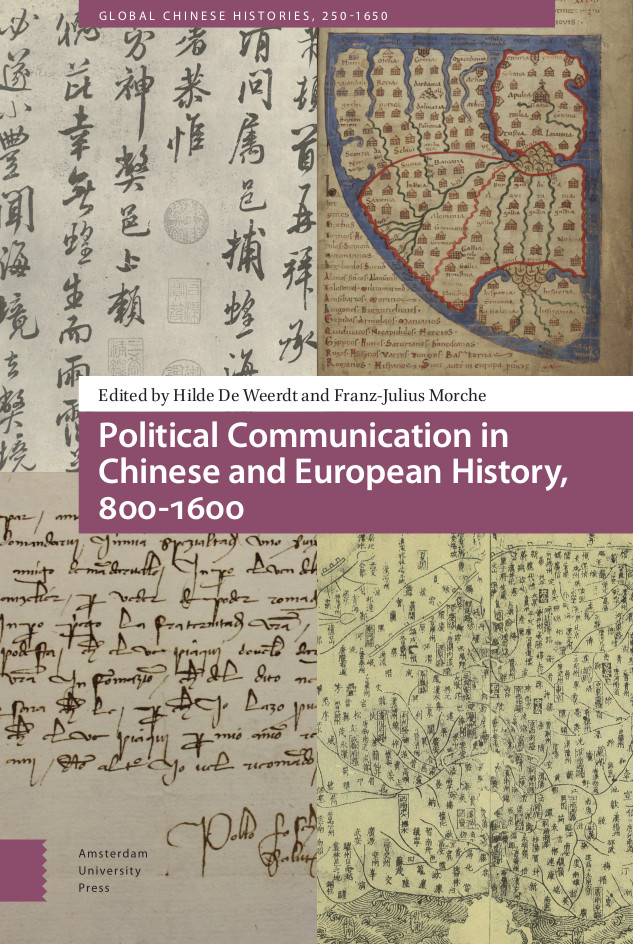 Based on a collaboration between historians of Chinese and European politics, Political Communication in Chinese and European History, 800-1600 offers a first comprehensive overview of current research on political communication in middle-period European and Chinese history. The chapters present new work on the sources and processes of political communication in European and Chinese history partly through juxtaposing and combining formerly separate historiographies and partly through direct comparison. Contrary to earlier comparative work on empires and state formation, which aimed to explain similarities and differences with encompassing models and new theories of divergence, the goal is to further conversations between historians by engaging regional historiographies from the bottom up.

Hilde De Weerdt is Professor of Chinese History at Leiden University. She authored an intellectual history of the civil service examinations (Competition over Content, 2007) and a monograph on the question of how the ideal of a unified territorial state took hold in Chinese society (Information, Territory, and Networks, 2015). She has been involved in several comparative and global historical projects. Franz-Julius Morche is a research associate at the Chair of History of the Later Middle Ages and the Italian Renaissance, University of Basel, and Honorary Fellow at the Department of History, Durham University. He was previously a member of the ERC research team ‘Communication and Empire: Chinese Empires in Comparative Perspective’ at King’s College London and Leiden University.