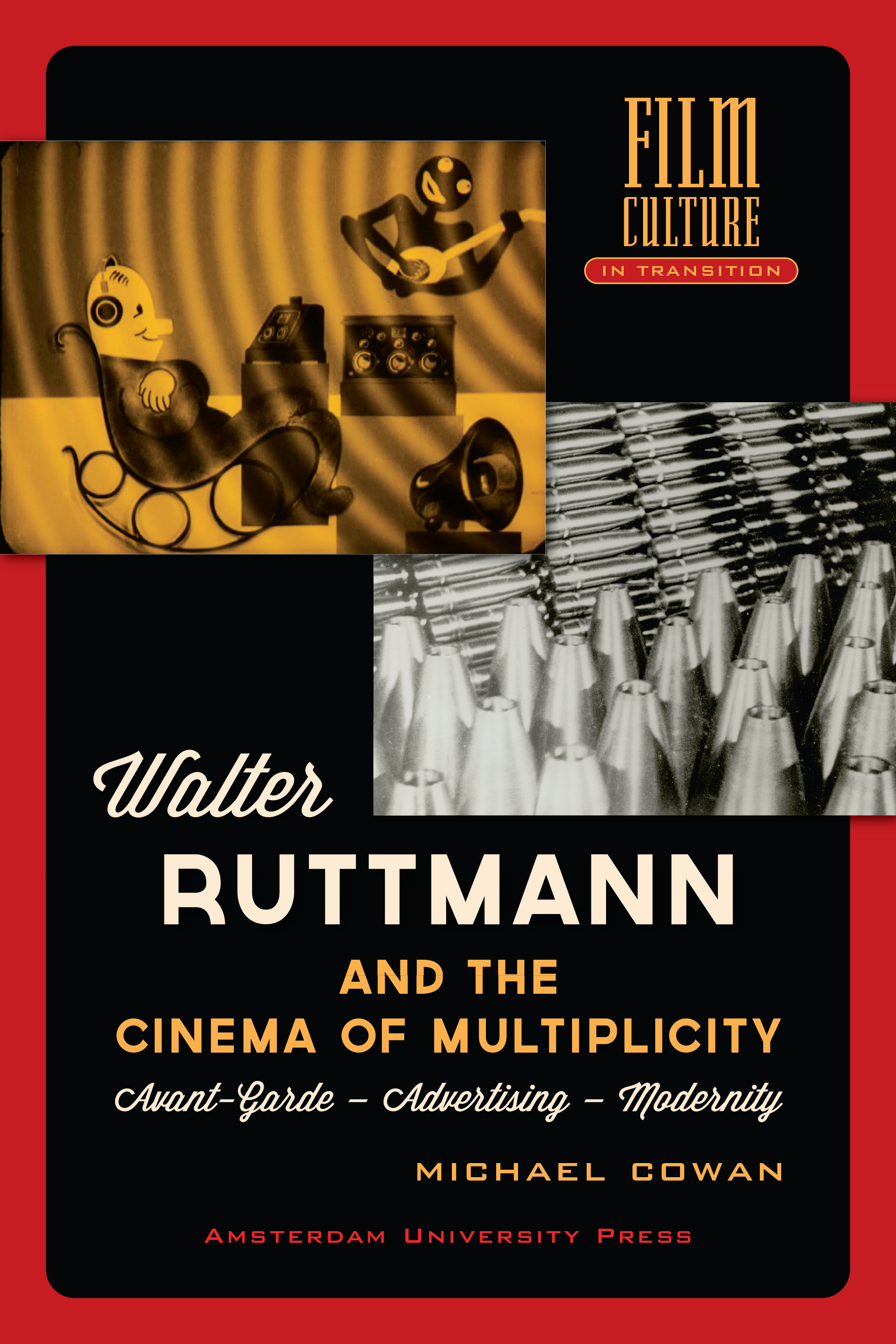 Walter Ruttmann and the Cinema of Multiplicity

A key figure in early avant-garde cinema, Walter Ruttmann was a pioneer of experimental animation and the creative force behind one of the silent era's most celebrated montage films, Berlin: Symphony of a Great City. Yet even as he was making experimental films, Ruttmann had a day job. He worked regularly in advertising -and he would go on to make industrial films, medical films, and even Nazi propaganda films.

Michael Cowan offers here the first study of Ruttmann in English, not only shedding light on his commercial, industrial, and propaganda work, but also rethinking his significance in light of recent transformations in film studies. Cowan brilliantly teases out the linkages between the avant-garde and industrial society in the early twentieth century, showing how Ruttmann's films incorporated and enacted strategies for managing the multiplicities of mass society.

This book has won the Willy Haas Award 2014 for its outstanding contribution to the study of German cinema.

Michael Cowan is Professor and Chair in the Department of Cinematic Arts at the University of Iowa. He is the author of several books, including the multiple award-winning Walter Ruttmann and the Cinema of Multiplicity (Amsterdam UP, 2014). His work brings together cultural history and media archaeology to examine European film cultures in relation to the broader forces of mass modernity.