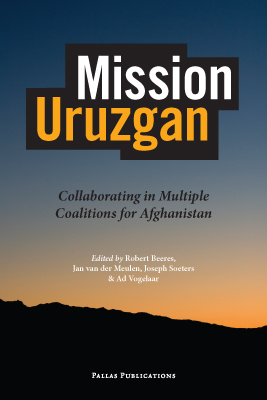 Collaborating in Multiple Coalitions for Afghanistan

An on-site testimony of the Dutch military mission in Urugzan, Afghanistan from 2001 to present day.

From autumn 2001 onwards, the Netherlands armed forces have been involved in military operations in Afghanistan. These deployments found their culmination in a four-year period (2006-2010) when the Netherlands acted as lead-nation in the province of Uruzgan.
This book provides a wealth of insights into the many problems the Dutch military had to cope with. Focusing on the collaborative aspect, the authors trace the principles and practices of working together with partners in multiple military coalitions, involving the local population and its variety of power brokers, allies in and beyond NATO, and civil and military entrepreneurs.