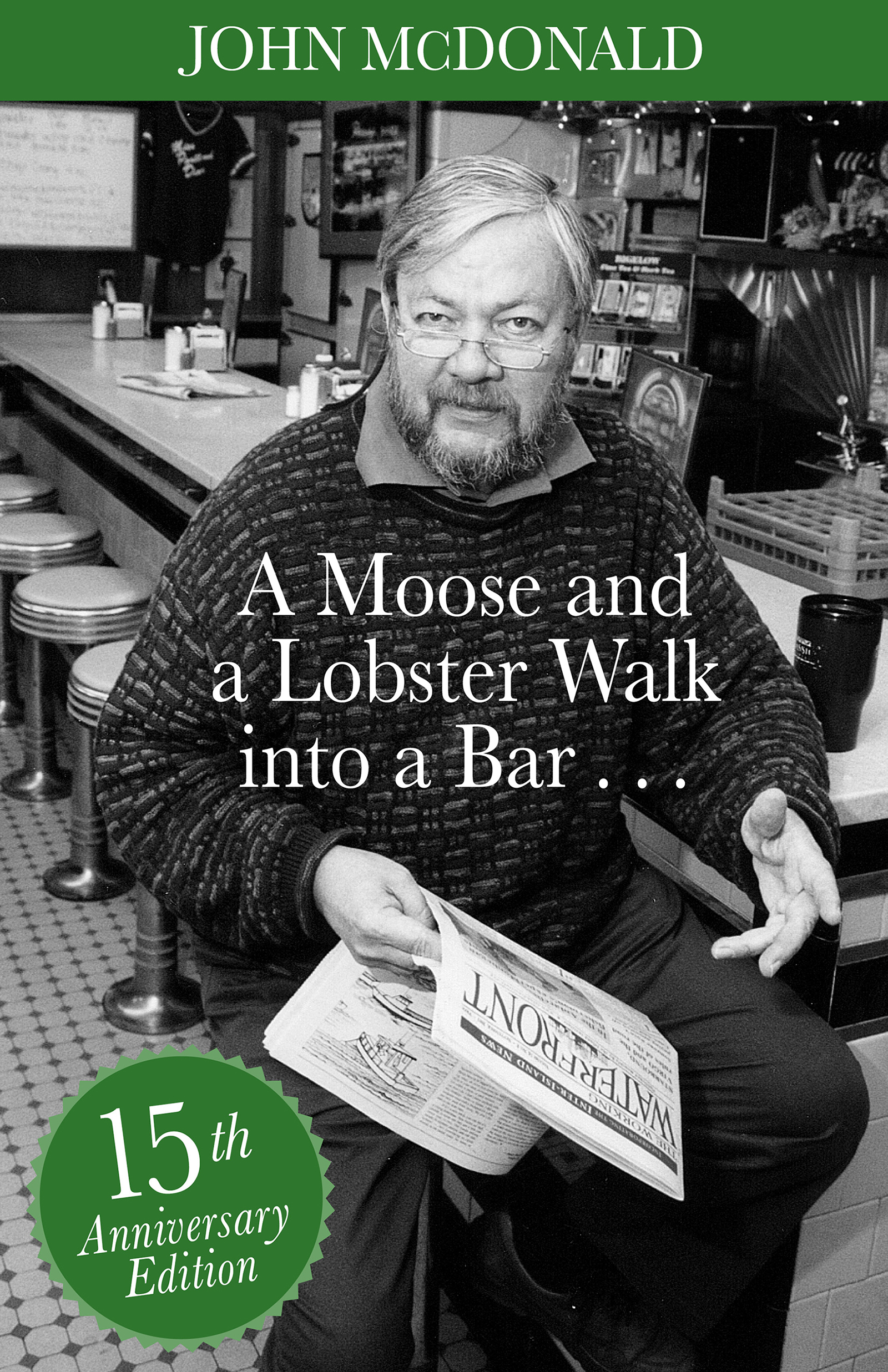 A Moose and a Lobster Walk into a Bar

A Moose and a Lobster Walk into a Bar is beloved for its timeless Downeast humor. The family-friendly traditional stories by John McDonald—an author, radio personality, and professional storyteller—strike a chord with readers looking for a good laugh. The book mixes classic Maine storytelling, stretched truths, and wry observations made by McDonald during his travels through the Pine Tree State. McDonald discusses the economic power of Maine's yard sale industry, bemoans Massachusetts (which allowed Maine to become a state in 1820) for buying Maine back one house at a time, and relates how the infamous black fly was just an attempt at controlling tourists gone haywire. You will also meet Maine characters like Uncle Abner, Merrill Minzey, and Hollis Eaton, and find yourself pondering where the truth ends and the story begins.

John McDonald, now regarded as a dean of Maine storytelling, got his start as a performer playing at local Downeast Maine events in the 1970s before catching his first big break when he was asked to perform on stage with the legendary Marshall Dodge and Kendall Morse at Ellsworth's Strand Theater in 1980. In the years since that event, McDonald has performed for audiences across New England, released two audio recordings, and written three books with Islandport Press, including the now-classic, A Moose and a Lobster Walk into Bar. In the 1970s, John and his wife, Ann, lived in Cherryfield, where he worked as a DJ in Ellsworth and as a bureau reporter for the Bangor Daily News. In the 1980s, he moved to Portland to work at the Portland Press Herald and eventually as talk show host on WGAN.