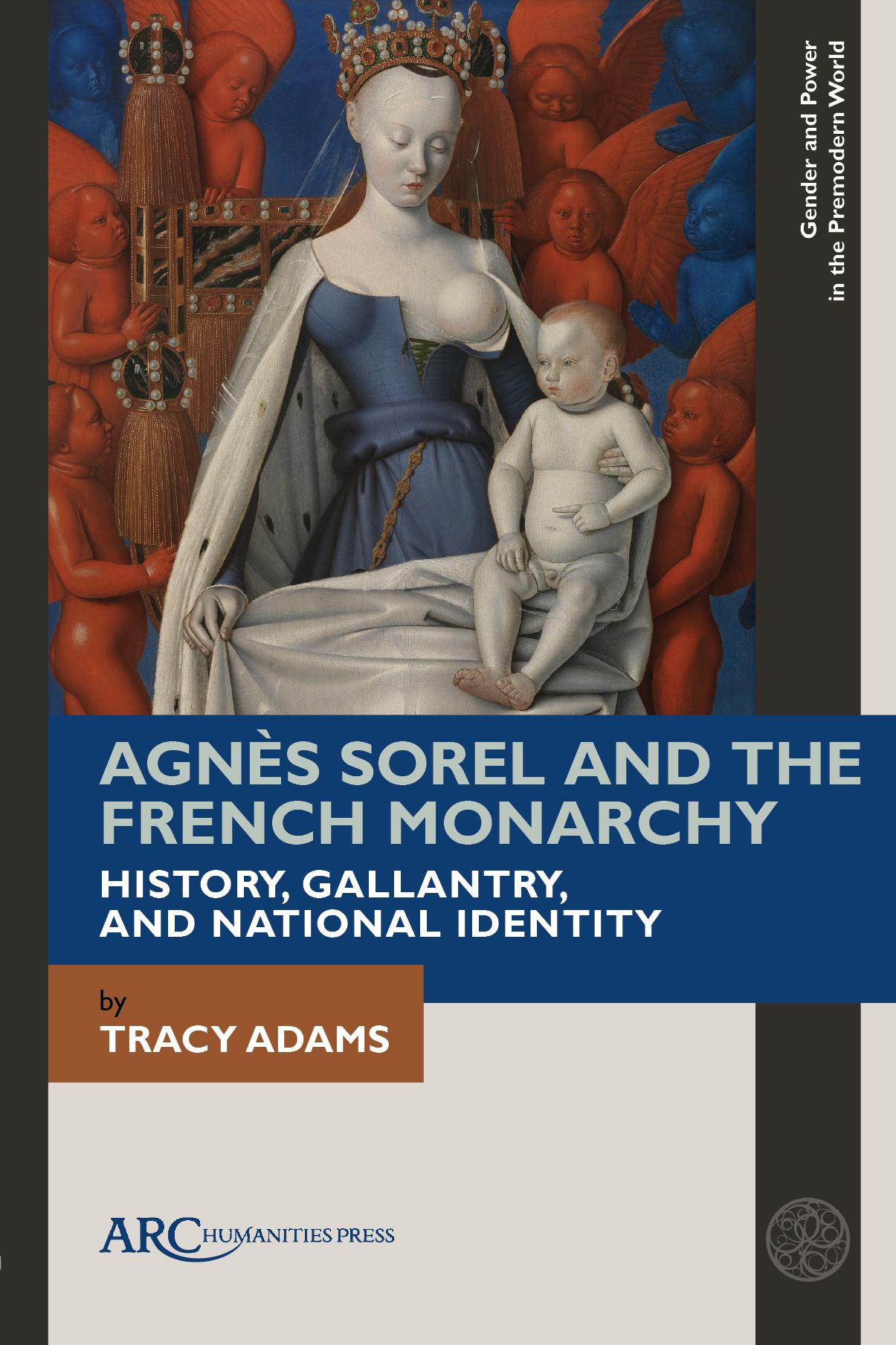 Agnès Sorel and the French Monarchy

Agnès Sorel (1428–1450), beautiful favourite of Charles VII of France and first in the long genealogy of French royal mistresses, was mysteriously poisoned in the prime of life. Agnès, part of a network of royal “favourites,” is equally interesting for her political activity. And yet, no scholarly study in English of her exists. This study brings her story to an English-speaking audience, examining her in her historical context, that is, the factional struggle for power waged against Charles VII by the dauphin Louis and the king’s final routing of the English. It then traces Agnès’s afterlife, exploring her roles as founding mother of the tradition of the French royal mistress and foil for the less popular holders of the “office”; as erotic fantasy figure for nineteenth-century historians “re-inventing” the Middle Ages; and, most recently, as poignant victim for fans of the true crime genre.

Tracy Adams is Professor in European Languages and Literatures at the University of Auckland, New Zealand. She is the author of Violent Passions: Managing Love in the Old French Verse Romance (2005), The Life and Afterlife of Isabeau of Bavaria (2010), Christine de Pizan and the Fight for France (2014), and co-author with Christine Adams of The Creation of the French Royal Mistress: From Agnès Sorel to Madame Du Barry (2020).