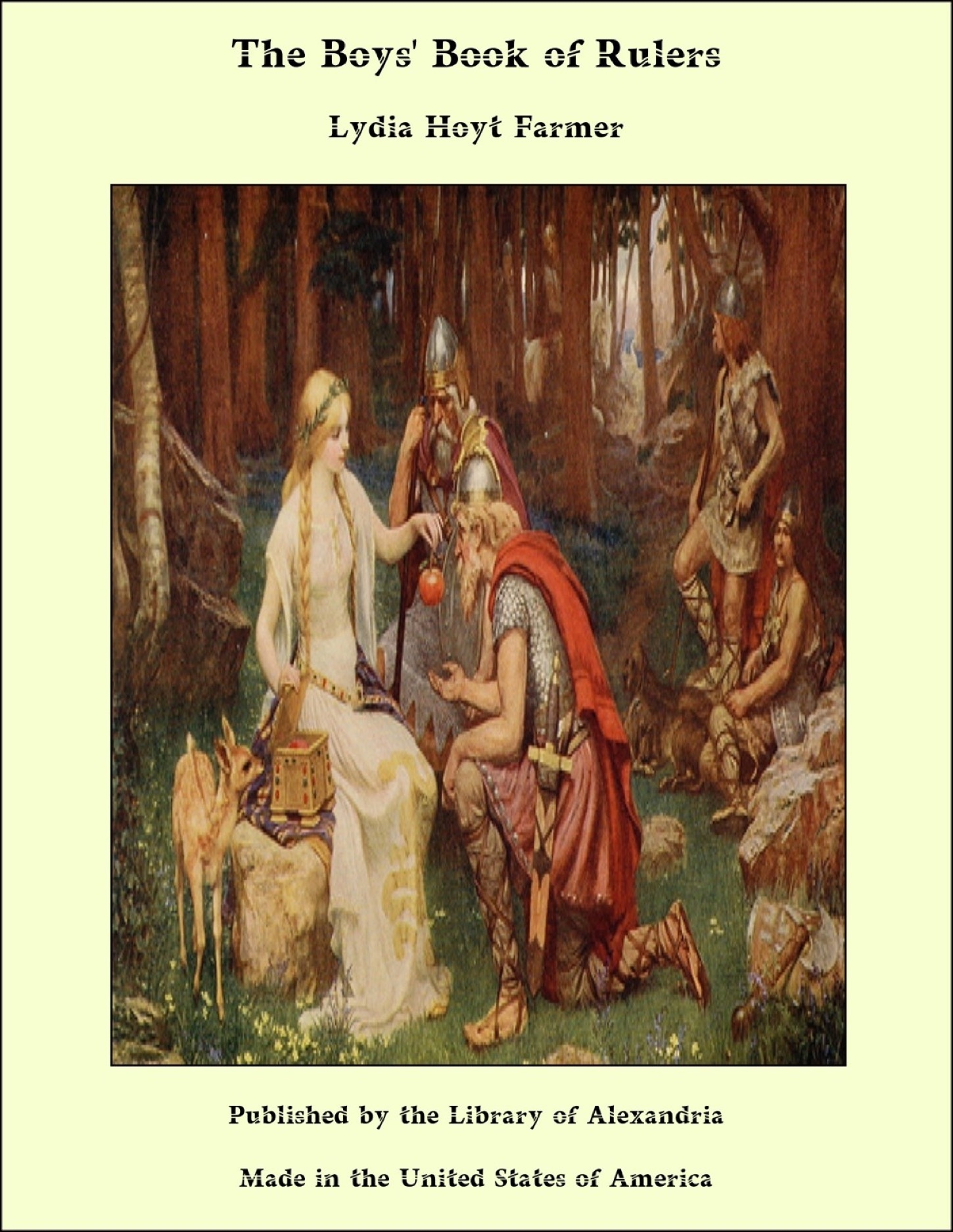 The Boys' Book of Rulers

FOR nine years the Greeks had besieged the city of Troy. This famous Trojan War, which is said to have occurred about 1184 B.C., has been embellished by romance and poetry; and although the real events have been much distorted by fabulous tales, it holds an important place in ancient Grecian history. The marvellous Greek poet Homer has immortalized the wonderful story of this contest, in which, according to the old Grecian belief, gods and heroes fought for mastery; and it seems more fitting to the subject that we should view these events through the eyes of those ancient Greeks, whose weird yet fascinating fables peopled the mountains and seas with gods and goddesses; over whom proud Zeus or Jupiter ruled on the dread Mount of Olympus, from whence he hurled his awful thunderbolts, and shook the earth and heavens in his wrathful moods, when gods or mortals had dared to defy his imperial will. Agamemnon, king of Mycenæ, was the commander of all the Grecian hosts which for these nine years had surrounded the walls of Troy. The cause of the quarrel may be thus briefly stated:— Priam was the richest and most powerful of all the kings of Troy. His wife, Queen Hecuba, had dreamed that one of her children should become a firebrand which should consume the whole city. Whereupon, Priam was so alarmed, that he ordered that her next child should be exposed in a desert place among the mountains, and left to perish. Paris was this child, and when an infant, was hidden by his mother, that he might not be thus destroyed. Paris grew to be a youth of marvellous beauty, and was at length brought by his mother to the court of Priam. The king was so charmed by his beauty and accomplishments, that Paris ventured to make himself known, and was received by Priam, his father, with great kindness; for he was so pleased with the noble youth, that he ceased to remember the evil dream. This dream, however, was very strangely fulfilled years afterwards. Paris made an expedition into Greece, which country was at that time divided into many small kingdoms or states, each governed by its own king. Agamemnon was king of Mycenæ, and his brother Menelaüs was king of Sparta. Agamemnon and Menelaüs were the sons of Plisthenes; but as their father died when they were very young, their mother Aërope was afterwards married to Atreus; and these two brothers were brought up by their step-father as his own children, to whom his name was given, as they were called Atridæ. Atreus was afterwards murdered, and Agamemnon's uncle Thyestes ascended the throne of Mycenæ. Agamemnon and his brother Menelaüs then fled to Sparta. The king of Sparta agreed to recover the kingdom for Agamemnon, if he would marry his daughter Clytemnestra, and make her his queen. To this Agamemnon consented, and with the aid of Tyndarus, king of Sparta, he recovered his own kingdom, and married Clytemnestra. His brother Menelaüs afterwards became king of Sparta.