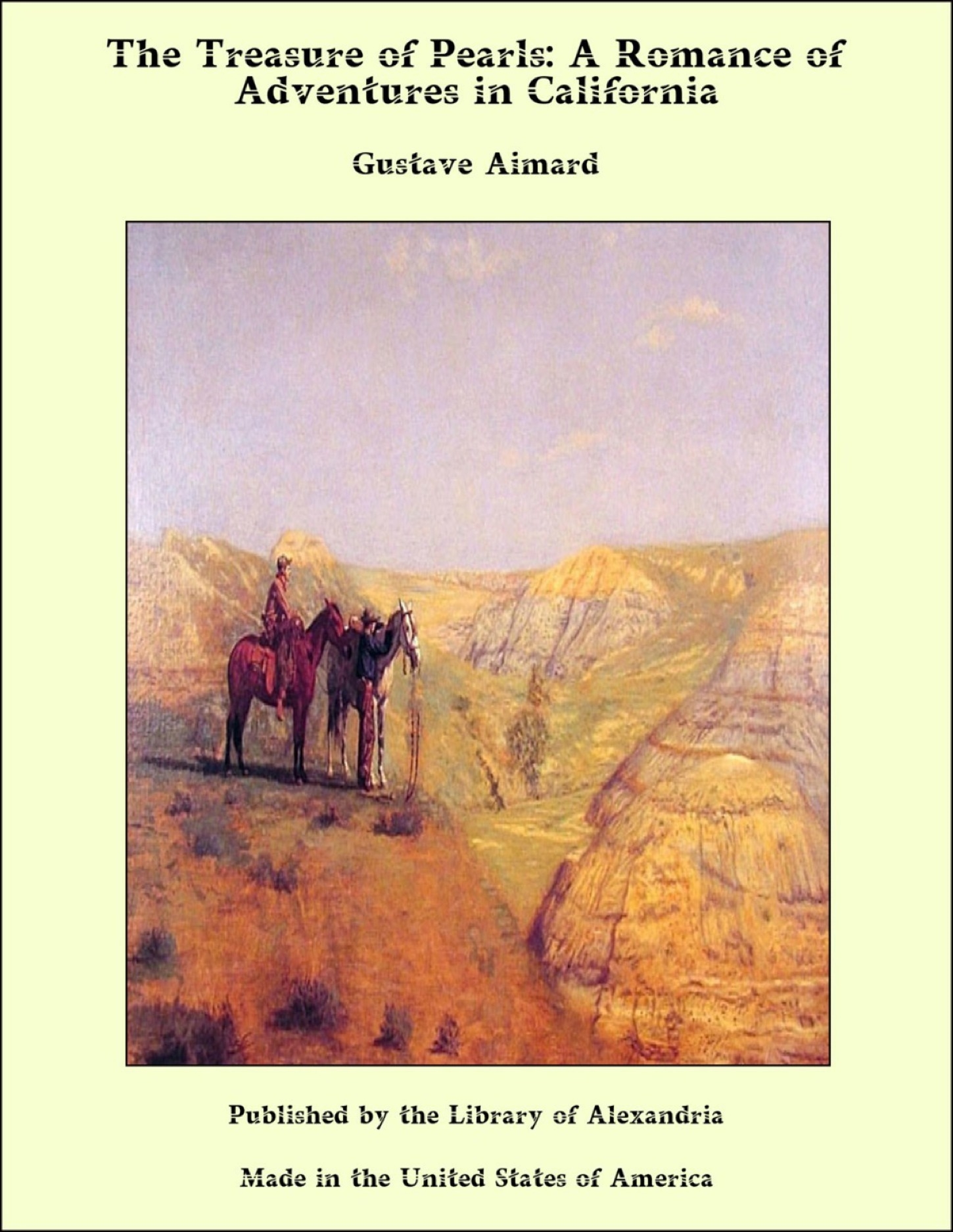 The Treasure of Pearls:A Romance of Adventures in California

A Romance of Adventures in California

We stand on Mexican soil. We are on the seaward skirt of its westernmost State of Sonora, in the wild lands almost washed by the Californian Gulf, which will be the formidable last ditch of the unconquerable red men flying before the Star of the Empire. Before us, the immensity of land; behind us, that of the Pacific Ocean. O immeasurable stretches of verdure which form the ever-unknown territory, the poetically entitled Far West, grand and attractive, sweet and terrible, the natural trellis of so rich, beautiful, mighty, and unkempt flora, that India has none of more vigour of production! To an aeronaut’s glance, these green and yellow plains would offer only a vast carpet embroidered with dazzling flowers and foliage, almost as gay and multicoloured, irregularly blocked out like the pieces of glass in ancient church windows with the lead, by rivers torrential in the wet season, rugged hollows of glistening quicksands and neck-deep mud in summer, all of which blend with an unexampled brilliant azure on the clear horizon. It is only gradually, after the view has become inured to the fascinating landscape, that it can make out the details: hills not to be scorned for altitude, steep banks of rivers, and a thousand other unforeseen impediments for the wretch fleeing from hostile animals or fellow beings, which agreeably spoil the somewhat saddening sameness, and are hidden completely from the general glance by the rank grass, rich canes, and gigantic flower stalks. Oh, for the time—the reader would find the patience—to enumerate the charming products of this primitive nature, which shoots up and athwart, hangs, swings, juts out, crosses, interlaces, binds, twines, catches, encircles, and strays at random to the end of the naturalist’s investigation, describing majestic parabolas, forming grandiose arcades, and finally completes the most splendid, aye, and sublime spectacle that is given to any man on the footstool to admire for superabundant contrasts, and enthralling harmonies.