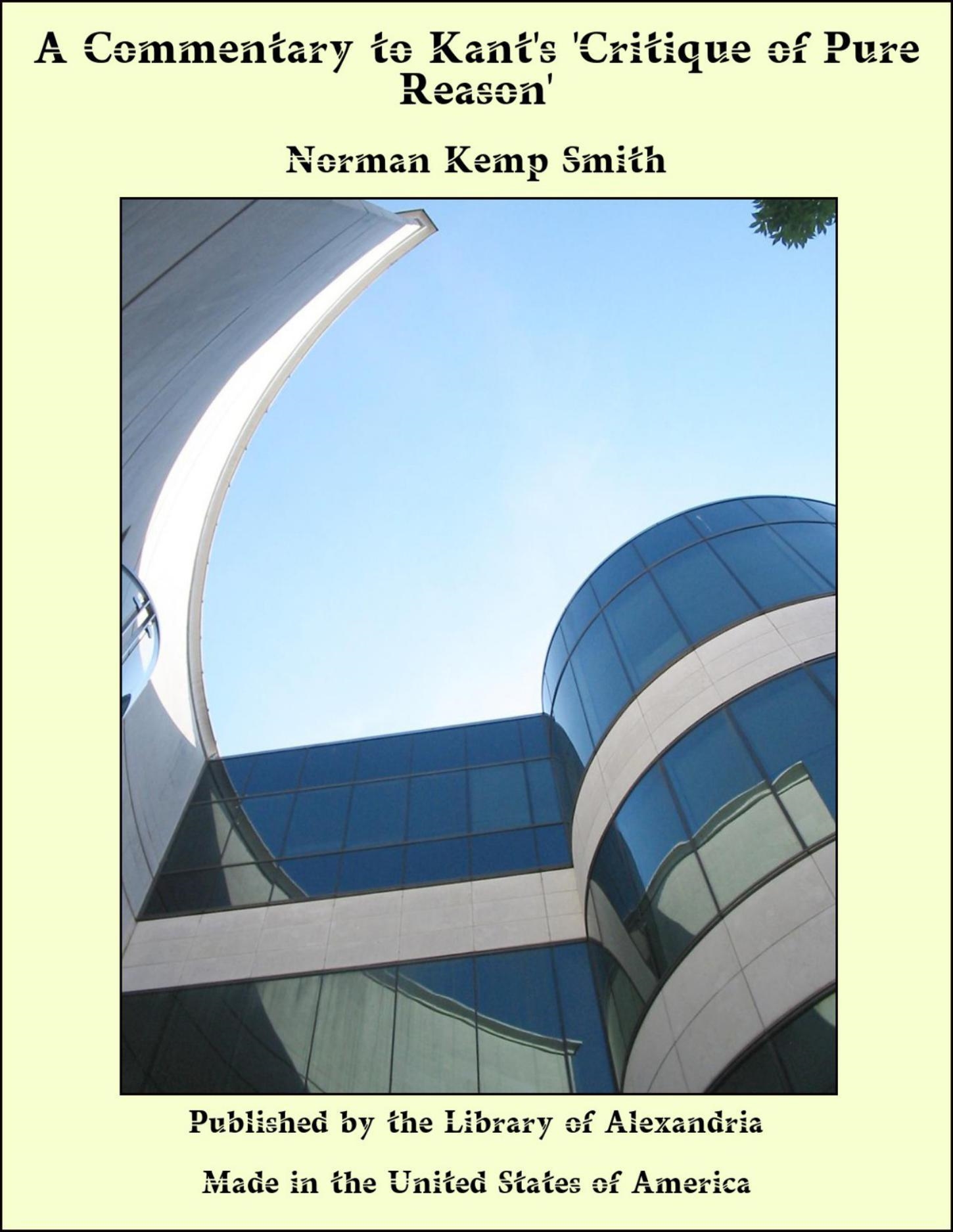 A Commentary to Kant's 'Critique of Pure Reason'

The Critique of Pure Reason is more obscure and difficult than even a metaphysical treatise has any right to be. The difficulties are not merely due to defects of exposition; they multiply rather than diminish upon detailed study; and, as I shall endeavour to show in this Commentary, are traceable to two main causes, the composite nature of the text, written at various dates throughout the period 1772-1780, and the conflicting tendencies of Kant's own thinking. The Commentary is both expository and critical; and in exposition no less than in criticism I have sought to subordinate the treatment of textual questions and of minor issues to the systematic discussion of the central problems. Full use is made of the various selections from Kant's private papers that have appeared, at intervals, since the publication of his Lectures on Metaphysics in 1821. Their significance has not hitherto been generally recognised in English books upon Kant. They seem to me to be of capital importance for the right understanding of the Critique.