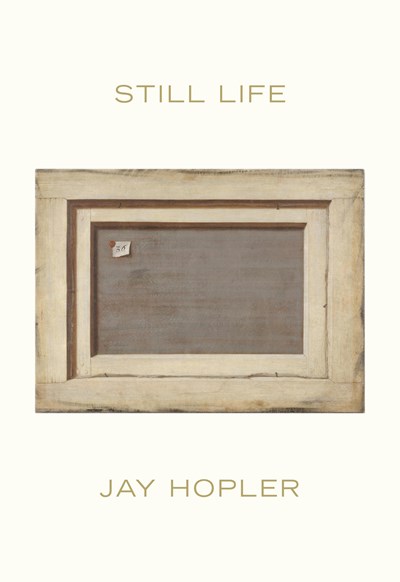 Still Life has been named a best book of the year by NPR and Time magazine. Longlisted for the 2022 National Book Award.

Confronted with a terminal cancer diagnosis, Jay Hopler—author of the National Book Award-finalist The Abridged History of Rainfall—got to work. The result of that labor is Still Life, a collection of poems that are heartbreaking, terrifying, and deeply, darkly hilarious. In an attempt to find meaning in a life ending right before his eyes, Hopler squares off against monsters real and imagined, personal and historical, and tries not to flinch. This work is no elegy; it’s a testament to courage, love, compassion, and the fierceness of the human heart. It’s a violently funny but playfully serious fulfillment of what Arseny Tarkovsky called the fundamental purpose of art: a way to prepare for death, be it far in the future or very near at hand.

Jay Hopler was born in San Juan, Puerto Rico, in 1970. He earned a BA in English and American Literature from New York University, an MA in Creative Writing from the Johns Hopkins University Writing Seminars, an MFA in Creative Writing from the Iowa Writers’ Workshop, and a PhD in American Studies from Purdue University. His first collection of poetry, Green Squall (2006), was chosen by Louise Glück as the winner of the Yale Younger Poets Prize; his second collection, The Abridged History of Rainfall (2016), was a finalist for the National Book Award in Poetry.

Hopler's poems take as their starting point a formal virtuosity rooted in idiosyncrasy, passion of vision, and the beautiful (sometimes not-so-beautiful) violence of emotion. They are by turns plainspoken, erudite, opaque, clear, serious, and broodingly funny. Hopler is a dexterous poet, but never dogmatic. His poems make sense but not points; they think and reel and describe the broken world, without a wasted word. What the likes of G.M. Hopkins and Wallace Stevens and Robert Hayden carried out, Jay Hopler continues and expands upon, to gorgeous effect.

According to poet Katie Ford, “Hopler’s vision and voice [are] both painfully complex because of how much of the world he allows to attach to him, to stake its claim on him.”

Hopler is also an editor and translator. His works include The Killing Spirit: An Anthology of Murder for Hire (1998), Before the Door of God: An Anthology of Devotional Poetry (edited with his spouse, poet and Renaissance scholar Kimberly Johnson, 2013), and The Museum of Small Dark Things: 25 Poems by Georg Trakl (2016). The recipient of numerous honors and awards, including a Fellowship from the Lannan Foundation, a Whiting Award, the Great Lakes Colleges Association New Writers Award, two National “Best Books” Award from USA Book News, two Florida Book Awards, a Foreword Reviews Book-of-the-Year Award, and the Rome Prize in Literature, Hopler directs the program in creative writing at the University of South Florida.